A new gender identity law will likely improve the lives of transgender people in Greece. But before it was passed, Greek Orthodox clergymen railed against the bill, even threatening to excommunicate transgender people. 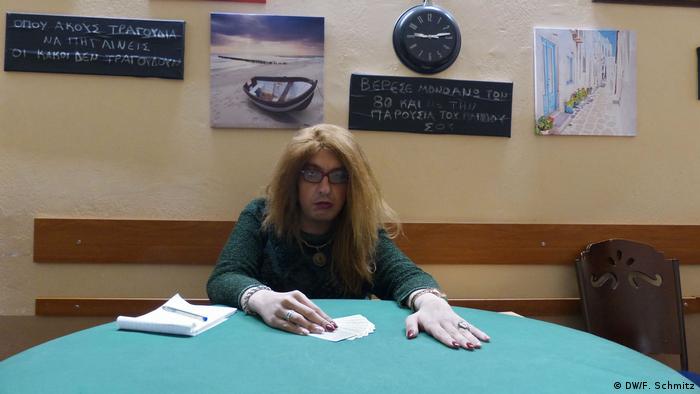 Alexandra was named Stavros when she was born in Athens in 1976. "I was diagnosed with genetic intersexuality," she says. "That means that because of my chromosomes, my gender cannot be clearly assigned. But since I was six years old, I've known that I'm female." No one supported her in 1980s Greece. "Things were still okay in primary school. The bullying began later," she recalls. She says her father was a theologian who liked spending his free time with prostitutes. His child's sexual identity was unacceptable to him. "When I was six, my parents even gave me testosterone."

Alexandra maintains that she does not hold a grudge against them. "My parents were born in the 1940s," she explains. "They were overwhelmed by the situation." The teachers at school, especially in religious study class, wanted to force Alexandra into becoming a religious boy. "That was pointless," she says with a smile. "Today I define myself as an atheist, trans lesbian and human rights activist." She is currently waiting for her new identity card, which officially recognizes her as a woman – a difficult task in a country where the Greek Orthodox Church enjoys the protection of the constitution. Although the church does not have the right to interfere with legislative processes, its voice reverberates throughout parliament when it comes to sexual freedom. 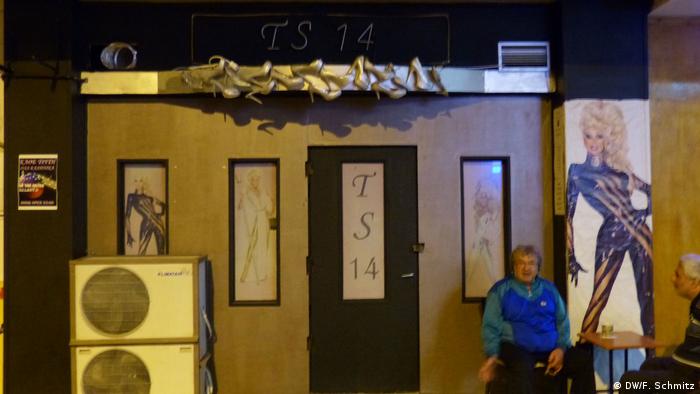 New law does not meet expectations

The new law allows Greek citizens from the age of 15 to decide on their gender. "Without previous medical treatment," stresses Vasilis Sotiropoulos, an Athenian human rights lawyer. The legislation was passed with 171 votes in favor and 114 against. Prime Minister Alexis Tsipras and his left-wing Syriza party pushed through the law with the support of the neoliberal opposition party To Potami. Almost all the members of the right-wing populist coalition partner Independent Greeks (ANEL) voted against it.

During a heated parliamentary debate on this controversial issue, the bishop of Piraeus declared, "Anyone who votes for the law need not set foot in the Greek Orthodox Church again." Other Greek Orthodox Church clergymen openly spoke of excommunication. In a country like Greece, where many citizens are religious, trouble with the church could damage a politician's career.

Read more: Greek gold mine controversy - investment in the future or environmental disaster?

Human rights organizations have welcomed the law and see it as a historic step forward. "It is a clear signal that it will no longer be necessary to undergo medical surgery in order to be recognized as the person you are," says Fotis Filippou, the assistant director of the European branch of Amnesty International. Nevertheless, he says that important aspects have been forgotten. 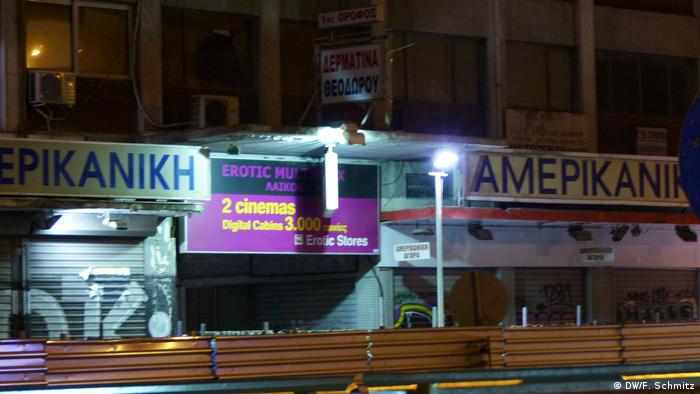 Prime Minister Tsipras wanted to follow the example of Sweden, Denmark and Malta, where transgender people are protected under the law. "In Malta you can simply submit a written statement and then all your documents will be changed automatically without any costs arising," Alexandra says. Despite the new law in Greece, a transgender person would still have to hire a lawyer and go to court. Even after that, there is still a jungle of red tape to navigate before getting the actual ID. Alexandra sees this as harassment. "Trans people are subject to everyday discrimination. Most of them find no work and are forced to work as sex workers. I myself have often been beaten up and even raped once. We have no protection," she complains. She thinks it is highly unlikely that things will change soon, as long as the church continues to show its strength.

A liturgy of hate for gays

There are no signs of the Greek Orthodox Church wanting to loosen its grip on politics. It was not until 1982 that the then-socialist government legalized civil marriage against the will of the church. In 2015, bishops and priests loudly protested the newly passed law enabling same-sex couples to enter a registered partnership. "The church has a strong influence," says Stefanos Loukopoulos, managing director of Vouliwatch, a civil rights initiative that monitors members of parliament and their policies. "In 2000, the church mobilized thousands of people when the government at the time removed religious confession from identity cards. And a few weeks ago, church representatives used their influence in parliament and indirectly prevented the minister of education from reforming religion class in schools." 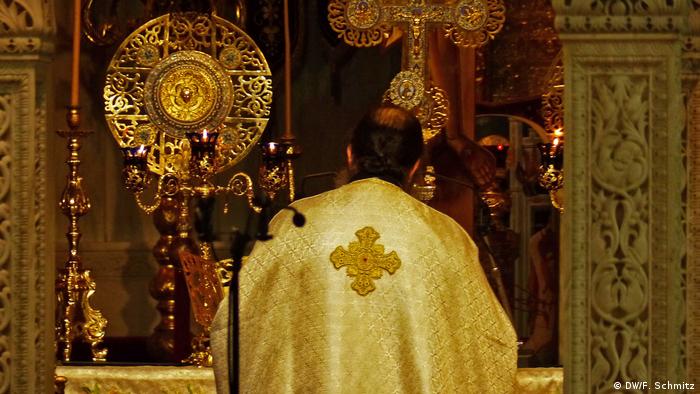 Officially, the church views itself as morally right. Surveys show that more than half of the Greeks do indeed approve of constitutional protection for the church and the church's stance on the new law. DW asked the influential bishop of Syros whether the church takes any measures against discrimination. "The church does not deny anyone its protection," he replied. "They always offer help and do not send anyone away." However, he said it is preferable to help people overcome their problems rather than force them into decisions that lead to stigmatization.

Alexandra is all too familiar with the church's stigmatization. As a teenager, she sat through a liturgy in which the priest said that gays "produce" other gays, which, in turn, made the country weak and vulnerable to potential attacks from Turkey. Even as late as 2016, a priest demanded that homosexuals be deprived of their right to vote, removed from public life and be locked away to "heal."

Of course, it is up to the church to decide how it adapts to today's world. This is no different in other European countries. But is an entirely different matter when a religion is protected by the constitution and wields the power to deny people like Alexandra basic human rights. "I feel free and proud as a trans lesbian," she says. The church may see things differently, but its views should not have an impact on basic human rights in a united Europe.