How Greece is combating widespread anti-Semitism | Europe | News and current affairs from around the continent | DW | 18.09.2017 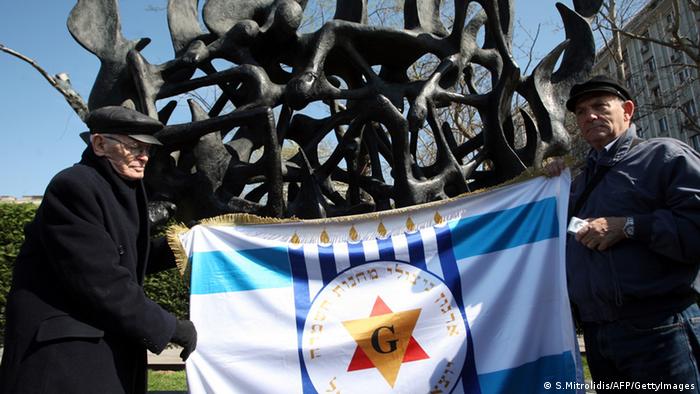 In 2014 the Anti-Defamation League (ADL) in the US published the results of a survey that examined attitudes towards Jews around the world. As far as Europe was concerned, the surprising thing about this investigation was that anti-Semitic prejudices, resentments and stereotypes were most prevalent not in countries like Poland, Hungary or Ukraine, but in Greece, where they registered 69 percent.

In Greece itself the seriousness of this survey was called into question. Now, however, Greek scientists from the University of Macedonia in Thessaloniki and the University of Oxford have reached similar conclusions. The new study was commissioned by the Heinrich Böll Foundation, and was presented in Berlin.

Several representative surveys of around 1,000 participants looked at three central questions. Around 75 percent of the participants were convinced that the Jews exploited the Holocaust for their own interests. Around 65 percent thought that Israel treated the Palestinians exactly as the Nazis had the Jews. And 71 percent were convinced that Jews "hold power" – either as citizens, as a state or as business people. The participants' sex was not a factor in their views, but age did seem to play a part: The older a person was, the more anti-Semitic the views they expressed. By contrast, the higher their level of education, the lower their degree of anti-Semitism. 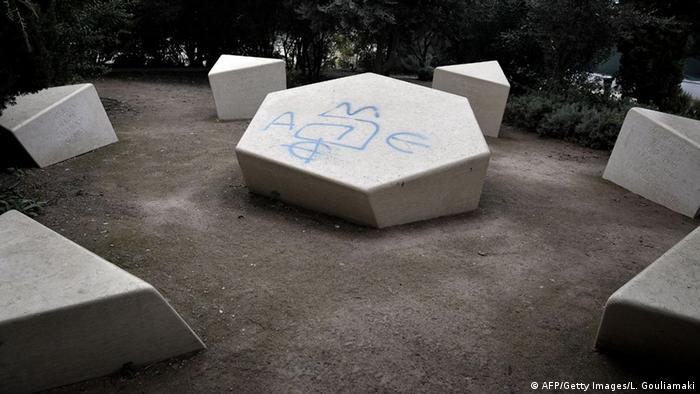 Nationalistic graffiti on the Holocaust Monument in Athens

The Left and anti-Semitism

At the same time, the study shows that anti-Semitism is particularly prevalent among people who have a very strong affiliation with the Greek Orthodox Church. And the more someone is inclined towards conspiracy theories, the more he or she believes that Jews rule the world. This is actually a widespread attitude in Greece.

"Anti-Semitism is popular in the country," said Leon Saltiel, one of the four authors of the study. "It often happens that you've barely got into a taxi before the driver starts ranting about Jews." What is especially interesting about this is that there are only around 5,000 Jews in the whole of Greece: They make up just 0.05 percent of the population. 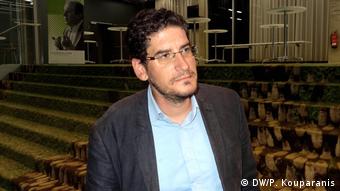 Leon Saltiel is co-author of the study

The researchers also examined anti-Semitic prejudices in terms of political and religious convictions. Anti-Semitism is most prevalent on the political fringes – both right and left. You are least likely to encounter anti-Semitic views in the political center, especially among moderate leftists.

Whereas anti-Semitism is a constituent part of right-wing extremist ideology, the root cause of an anti-Semitic attitude among left-wingers is anti-Zionism, which is determined by their attitude towards Israel.

"Criticism of the Jewish state in Greece is sometimes extreme," said Leon Saltiel. "As soon as a crisis breaks out in the Middle East, the Israelis are depicted in the media as Nazis, which does more than just relativize the Holocaust and minimize its significance. Criticism of Israel is legitimate. But when Jews are equated with Nazis, that is anti-Semitism." 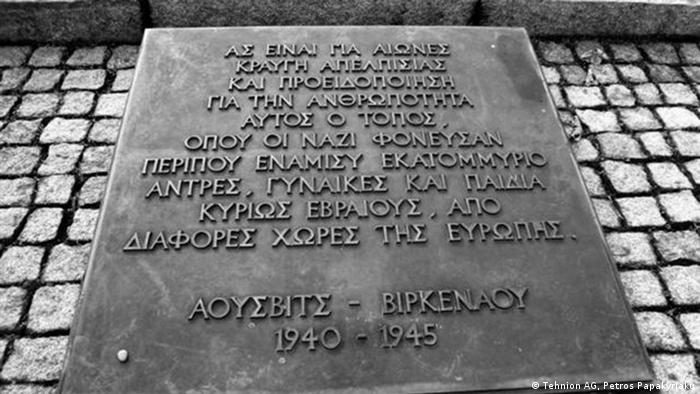 However, in their study the researchers also found that anti-Semitism has been combated more firmly in Greece in recent years. The Greek governments have adopted a clear stance against anti-Semitism, and the Greek authorities have been taking firm action against anti-Semitic actions and remarks. The Holocaust is part of the school curriculum, and the number of Greek school classes visiting both Jewish museums in Greece and Auschwitz has risen sharply.

The catalyst for this change in Greece is the rise of the fascist party Golden Dawn, according to Leon Saltiel. He explained that the democratic forces in the country had come to realize that they had to fight its misanthropic ideology. "It became apparent that the Greek Nazis were justifying their attacks on democracy with anti-Semitic claims, for example that Greece was being governed by Jews."

Another important reason why anti-Semitism is less and less present in public opinion and is being combated more strongly has to do with the relationship with Israel. For decades Greece traditionally cultivated close relations with the Arab countries. However, for some years now Athens has increasingly been turning towards Israel. The authors of the study believe that as the relations between the two countries become ever closer, this is being mirrored more and more strongly in public opinion.