The American Jewish Committee says anti-Semitism is increasing at schools in Berlin. The group noted the trend was on the rise among pupils with a Turkish or Arabic background following strict forms of Islam. 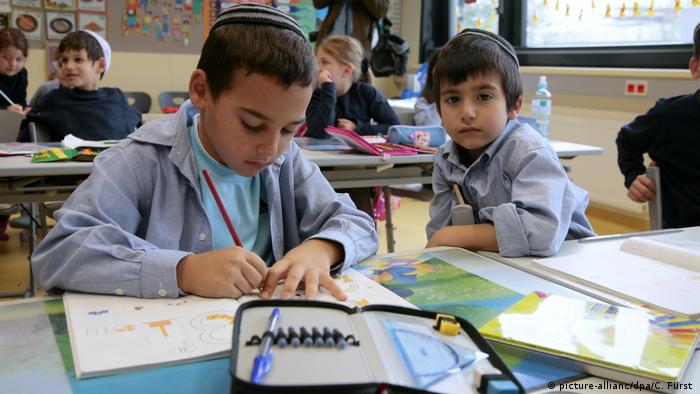 A small-scale study by the American Jewish Committee (AJC) appears to show an increase in anti-Semitism in the German capital's schools, alongside an increase in Salafist tendencies.

Researchers asked 27 teachers from 21 schools in Berlin about the trend, with teaching staff saying they had noted a rise in the number of incidents.

Teachers said the abuse often came from pupils following a strict interpretation of Islam, with the use of anti-Semitic insults - particularly the word "Jew" as a term of abuse - against girls, homosexual students and secular Muslims.

AJC Director Deidre Berger told local broadcaster RBB that the study showed, above all, that the problem was "no longer about isolated cases."

"Anti-Semitism is part of Salafist ideology," said Berger. The AJC director said there was a need for dialogue on the Middle East in schools, adding that many teachers preferred to avoid difficult discussions.

While information about the problem was previously sparse, the study's authors said there had already been "warnings from individual teachers and experts over the increasing spread of different forms of Salafism in Berlin schools."

The authors admitted that the study was not a comprehensive and representative investigation, but they said it showed an empirical trend.

Psychologist Ahmad Mansour, who specializes in the prevention of anti-Semitism, told German public broadcaster ARD that the problem could only be addressed by confronting the ideas to which some Muslim pupils were exposed.

Read more: How did a member of "Schools without Racism" experience anti-Semitic bullying?

"It's not just about the use of the word 'Jew' as an insult, it's also about conspiracy theories and about an interpretation of Islam in which all Jews are considered enemies," Mansour said, in response to the report. "It's about the idea of victims and enemies; the Middle East conflict has a big part in it."

Mansour said the problem was not a new one. "It's a phenomenon that we have experienced in recent years and will experience in the coming years. We need across-the-board measures, especially within schools, to address such topics and to make it clear to such young people that such opinions have nothing to do with democracy."

"How many studies do we still need so that we finally start to address the problem?"

The study was conducted as part of the Berlin project "Strengthen Democracy - Active Against Anti-Semitism and Salafism."

The German president has decried resurgent anti-Semitism in Germany and across Europe. His remarks came on the occasion of a ceremony in Augsburg to celebrate its 100-year-old synagogue. (28.06.2017)