German-French television channel Arte will not broadcast a documentary about anti-Semitism. German tabloid "Bild," however, took a legal risk by placing it online for 24 hours. 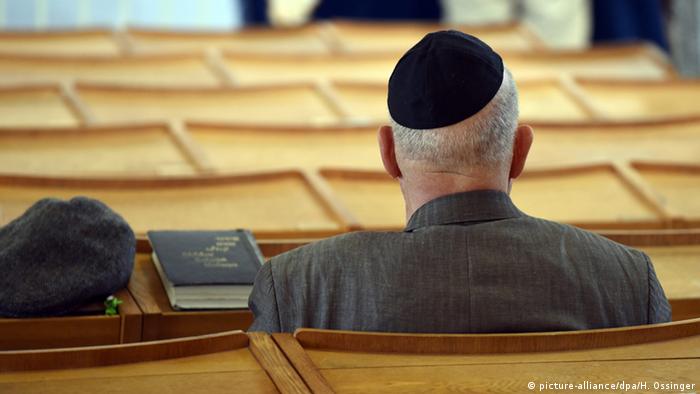 "Combating anti-Semitism is of paramount interest," said Julian Reichelt, chairman of the main editorial offices of "Bild," on Tuesday. People should be able to form an opinion of the film themselves, he said.

"Bild" had chosen to show the film until midnight on Tuesday, and reported that some 200,000 people had clicked on the 90-minute film entitled "Auserwählt und ausgegrenzt - Der Hass auf Juden in Europa" (Selected and Sidelined - Hatred Toward Jews in Europe) on their site.

The film, produced by Joachim Schroeder, was commissioned by Arte in conjunction with public broadcaster WDR. Schroeder had already produced another film, "Antisemitismus heute - wie judenfeindlich ist Deutschland?" (Anti-Semitism Today - Just how anti-Jewish is Germany?), in 2013.

His next project about anti-Semitism in Europe was given the go-ahead by Arte program executives in 2015 and was approved by WDR editor Sabine Rollberg in December 2016 before being delivered to Arte. Arte has stuck to its guns about not airing the film

Yet Alain Le Diberder, director of Arte programming, rejected the film, saying it deviated dramatically from the commissioned concept. "Questions of principle arose, as well as votes of confidence," he said in a statement. "Programs must adhere to editorial guidelines, which cannot be altered by producers on their own initiative."

"No broadcaster or newspaper would accept those kinds of deviations from the concept originally agreed upon," he added.

For instance, filming locations were to include Norway, Sweden, Great Britain, Hungary and Greece, he noted, but director Schroeder primarily concentrated on the Middle East.

"It's not a question of formalism, but one of procedure that guarantees editorial responsibility and quality," Le Diberder also said. "But the allegation of anti-Semitism is grotesque: Arte has demonstrated its commitment to combating anti-Semitism for the past 25 years and will continue to do so in the future."

In the controversial film, producer and director Schroeder, along with co-writer Sophie Hafner, embark on a journey. They take a look at protests by both the left and the right in Germany, talk to members of German parliament, speak with alleged anti-Israeli non-profit organizations in Gaza and Ramallah, and visit the Paris suburb of Sarcelles with its large Jewish community.

With an at times sarcastic undercurrent and underpinned with electronic music, Schroeder criticizes various issues: that European financial support has been misused for anti-Israeli policies, that both the left and the right have publically propagated anti-Semitic ideology virtually as a matter of course, or how Jews feel threatened in France.

Read more: Anti-Semitism lives on in Belarus, despite small number of Jews

A press statement by film co-commissioning broadcaster WDR announced: "We regret that the editorial approval procedures at WDR did not fulfill the standards normally in place and required at our broadcasting company."

However, liberal daily newspaper "taz," who had already viewed the film, found such argumentation flimsy, saying that professionals had reviewed the film, particularly Sabine Rollberg, with her many years of experience. "What are the Cologne [where WDR is based] echelons really taking issue with?" the paper questioned in an article. 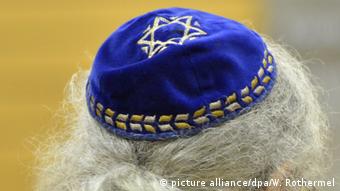 Historians such as Michael Wolffsohn and Götz Aly have praised the documentary and condemned Arte's refusal to broadcast it. "It stinks to high heaven," Aly wrote in the daily "Berliner Zeitung" and accused Arte of censorship.

Charlotte Knobloch, a primary leader of the Jewish community in Munich and former President of the Central Council of Jews in Germany, had a similar argument, writing in a letter to Arte that the broadcaster was "headed down a dangerous, false track."

"As Jews and community members, we have for years been feeling the force of growing anti-Semitic resentment in all levels of society," Knobloch wrote. She urged Arte to broadcast the film as a way of shedding light on the phenomena of anti-Semitism in Europe.

Producer and director Joachim Schroeder also made serious allegations against public broadcaster Arte. The daily "Die Welt" paper quoted Schroeder as saying that the arguments brought forward were "used as a pretense to not air the documentary." He said there had been "a great deal of resistance" against the project from the beginning.

There has been a wide range of opinion in the public debate about the documentary. Islamism expert Ahmad Mansour, who provided his expertise to the filmmakers, praised the documentary, as have several regional associations of the right-wing populist AfD party.

Various editorials have appeared in national and local newspapers, including the "Frankfurter Allgemeinen Zeitung (FAZ)," the "Berliner Tagesspiegel," and the "Kölner Stadtanzeiger," expressing support for the filmmakers and criticizing what they call the shabby decision on the part of Arte.

"We want to call it by another name: cowardice. Cowardice in grappling with growing anti-Semitism that reaches to the root of both German and French society," the paper wrote.

Many Twitter users agree, calling "Bild's" decision to run the film "courageous" and "honorable" and pointing out that "journalists and media-makers are obligated to also report on inconvenient truths."

Arte, for its part, has called "Bild"'s decision "disconcerting," but apparently does not plan to initiate legal proceedings despite owning first-broadcast rights. In a statement, the broadcaster said it has "no objection to the public forming its own opinion of the film." Still, on Tuesday it reiterated its decision to not air the film itself.