Anti-Semitism lives on in Belarus, despite small number of Jews

Skinheads in Belarus who desecrated a memorial for Holocaust victims have received jail sentences for hooliganism. Despite a dwindling number of Jews, anti-Semitism remains a problem. 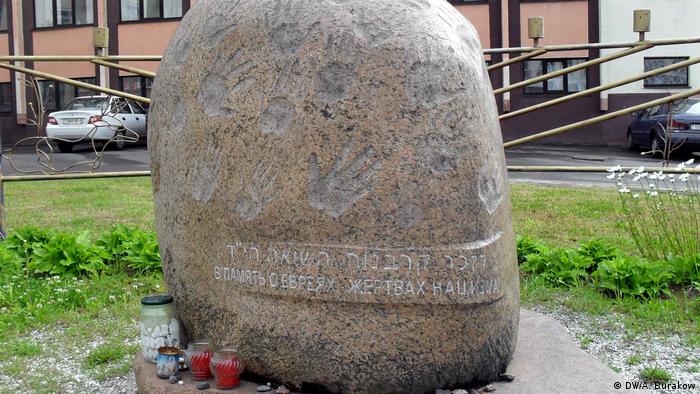 A memorial in Mogilev, Belarus for victims of the Nazis

A higher court in Belarus has confirmed the verdict in the case of three young neo-Nazis from the city of Mogilev. In November 2016, the skinheads smeared black paint on a monument for Holocaust victims. Investigators worked on their case for three months. In February, they were convicted of hooliganism. Appeals in their case took another three months. But now, the oldest of the group, a 19-year-old student, has been sentenced to two years in prison. His 18-year-old friend will serve six months behind bars, while the third member of the group was given six months on probation on account of being a minor.

Read: Why there is no reason for optimism in Belarus

Criticism of the authorities

Anti-Semitism remains an issue in Mogilev, according to the coordinator of the Viasna human rights center, Alexei Koltshin. The center regularly produces a "Nazi graffiti map" showing all the places where Nazi symbols or racist slogans have been discovered. Koltshin says it's unfortunate that many people in Belarus continue to tolerate such graffiti on the walls of buildings. Human rights activist Alexei Kaplan agrees with him. He is the chairman of the Directorate of the Jewish Community in Mogilev. The monument in the middle of the city was covered in black paint at night, he says, but it went unreported for the whole of the following day. Only after activists posted photos of the desecration on social media and journalists began asking questions did the authorities get active.

Boris Buchel is also a human rights activist. He has Jewish roots, and says that the case of the three skinheads highlights a need to examine homegrown anti-Semitism. According to Buchel, one of the young men was accused in court of not knowing the difference between nationalism, National Socialism and fascism. He also said that at any time in the court, there were at least two dozen other skinheads there to support the accused, yet, as a group, they seemed to know nothing about the victims of the Nazi regime. The accused seemed surprised to learn that some 6 million Jews were murdered by the Nazis during World War II, including one in three Belarusian citizens, he said. 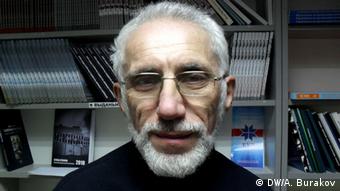 Buchel says there needs to be a new way to reach these young people and educate them about the past. But he adds there is a tendency to shy away from such topics in Belarusian schools. "If teachers were to start speaking openly about the rise of National Socialism in Germany in the 1930s, you would as a matter of course also have to address violations against freedom of speech and civil rights in Belarus," said Buchel.

The skinheads of Mogilev make no bones about the fact that they targeted the memorial stone in the town center. Semen Glasstein, an elder in the Jewish community "Arche," said the monument was erected in 2008 at the entrance to the former ghetto. The handprints imprinted on it are meant to represent the souls of the people who perished in the ghetto. As many as 12,000 prisoners were shot. As Glasstein says, the current act of anti-Semitism has occurred in a city that is home to barely any Jews anymore. Of the city's 370,000 residents, only around 3,000 are Jewish, he said. Alexei Kaplan says Jews living in Belarus do not generally feel threatened. It's a totally different situation today then it was during the Soviet era, he said. At the same time, Kaplan notes that Jewish institutions in Mogilev tend not to place identifying signs on their exteriors, out of fear of possible attacks. 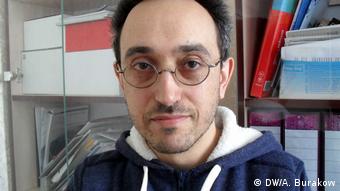 Historian Igor Pushkin, a resident of Mogilev, says the small number of Jews living in Belarus today reflects the tragedies of history. A century ago, Jews made up 52 percent of Mogilev's population. Over five centuries, Jews and Belarusians had been able to live in harmony. Many Jews became well-known writers, artists, and dramatists. Today, Pushkin says, that's all been forgotten. "That is what Belarus has lost forever," he said.

A leading figure in Germany's Jewish community, Charlotte Knobloch, said renewed hostility to Jews needs a visible counter-signal. She was speaking on the 72nd anniversary of the freeing of the Dachau concentration camp. (30.04.2017)

Belarusian opposition vows to fight on amid clampdown

The opposition in Belarus says it will keep pushing the regime towards dialogue - putting President Lukashenko before a political dilemma. DW spoke to leading opposition activists as a government crackdown continues. (27.03.2017)