'More arbitrary arrests than ever before': Why there's no reason for optimism in Belarus

Belarusian author Victor Martinovich has had a book banned and his publisher is in jail. While he sees fear and tragedy in his country, he's living proof that books can bring about change. 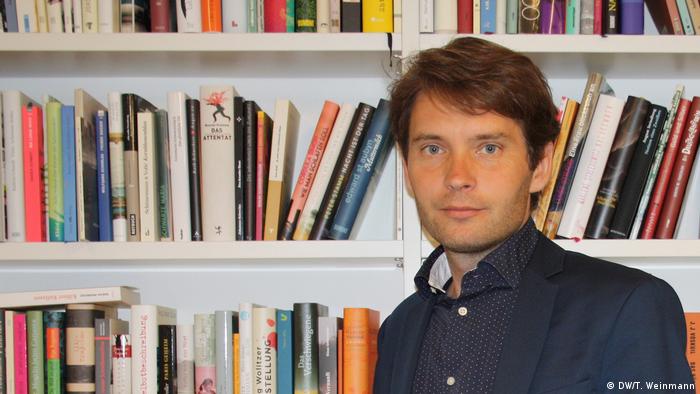 DW: After protests in Belarus this spring, during which many people were arrestedthroughout the country, you wrote in an article for the German weekly "Die Zeit" that you feel like a character from your novel "Paranoia." Why is that?

Victor Martinovich: In Belarus, it has become common to sentence people to five, 10 or 15 days in jail with absurd arguments like that they were turning their hands and cursing. The only witnesses are policemen.

It used to be that there was at least some logic, if not humanity, even in such acts of persecution. Now, not only political activists, bloggers and journalists are being imprisoned, but also businesspeople. Never before have there been so many arbitrary arrests.

Europe should look into what's happening in Belarusian jails. Without that attention, the country will continue to degenerate into the way things were in the 1930s. Back then, the threat of deteriorating ties with the West curbed the political leaders in Belarus to some extent, but nowadays there is no recourse.

What is the Belarusian regime's main problem?

I'm neither a politician nor an economist. But dozens of people are currently suffering in prisons, including my publisher. I want to draw the attention of Belarusian leaders to that.  [Eds.: More than 900 people were arrested in the course of protests in February and March in Belarus.] They should not violate people's personal rights in order to intimidate others, and they should not behave like during the era of Stalinist terror. 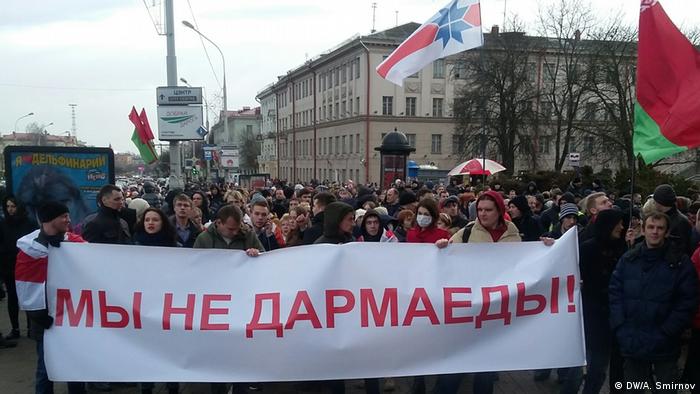 Thousands participated in protests in Minsk in March 2017

Do you feel threatened?

What turns writers into enemies in Russia and Belarus is their interviews - not their books. What I say in the public is what counts for the authorities. Am I weighing each word while talking to you? No. It's my role as a writer to try to reduce violence and fear in my country. What else should it be?

The authoritarian regime does not apply extreme controls, but spreads fear. That feeling forces people to apply self-censorship while preventing them from doing what they would like to do. My job is to heal a sick society while not getting infected with the disease myself.

In my books, I present the sad, unjust and cruel things that I see around me. Literature is an instrument that can affect the situation in the long run. It's the task of literature to get people to detach from their dependencies on totalitarian systems and improve themselves by reflecting on their lives - not via politics. 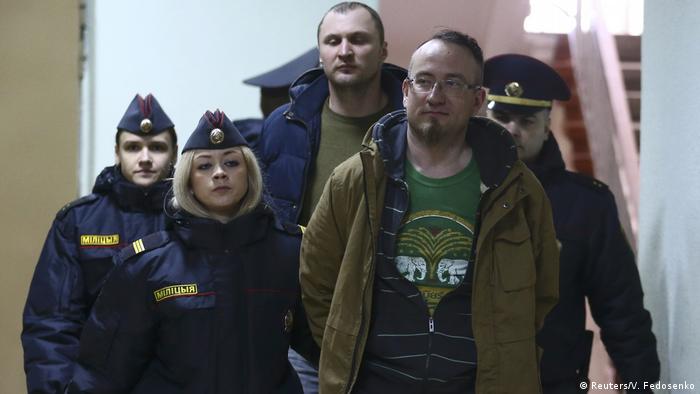 Many arrests were made during the spring protests in Belarus

Your thriller "Paranoia," which tells a story of love and surveillance by the secret service, was removed from stores shortly after it was published in 2009. Your other works became bestsellers, although they are just as socially critical. Why haven't they been banned?

One month after "Paranoia" had been banned, a review was published in the "New York Review of Books." That convinced the leaders in Belarus that in the 21st century, it is not possible to prevent the spreading of a text by outlawing it. The more emphatically something is forbidden, the more popular and influential it becomes.

Your novel "Mova," which was published in Germany last year, is set in a unified Russian-Chinese state - a kind of anti-utopia. Small notes written in Belorussian, which hardly anyone can understand, act like a drug and spreading them is punishable by death. Currently, the Belorussian language is en vogue in the country. For the first time, a song will be sung in Belorussian during the Eurovision Song Contest. How do you explain your pessimistic prognosis? 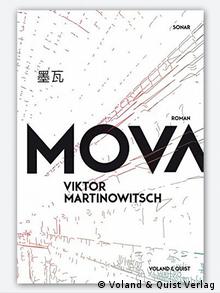 I wrote the anti-utopia so that it will not come about. And I would be very happy if my book actually contributes to preventing it.

When the book was released in Belarus in 2014, a lot of young people started getting interested in the Belarusian language.

But these are no real reasons for being optimistic. Society in Belarus has split into various groups. Recently, my novel "Mova" seems to me to be some kind of a draft for the near future.

Authors, publishers and distributors who have published and sold books in Belarusian are now in jail. When the publishers have closed, but sad story about the killing of the language might become a reality.

What have you been working on recently?

I have finished my novel "Revolution," which has been a long time in the making. It's a kind of fairytale about power. Power relations affect all levels of society. In Russia and Belarus, we tend to reduce the term power to Putin or Lukashenko, for whatever reason. The novel will be released in Germany in 2018.

Does the novel contain references to current affairs in Russia and Belarus? 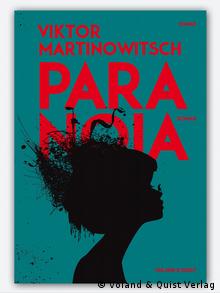 Yes, of course, since I have experienced what has happened in Russian and Belarus in the past 10 years. But in the novel I tried to paint an abstract picture that's not too close to reality. I searched for the roots of the behavior that has made a phenomenon like Putin possible, but the novel isn't about politics.

Victor Martinovich was born in Belarus in 1977. He studied journalism in Minsk and now teaches political science at the European Humanities University in Vilnius, Lithuania. His novel "Paranoia" was unofficially banned in Belarus after publication in 2009. In 2012, he received the Maksim Bahdanovich Prize. Though May 2017, he is writer-in-residence at the Literaturhaus in Zurich. Martinovich writes in both Belarusian and Russian.

'Most important for me is to continue to write': refugee author Ramy Al-Asheq

In 2011, author Ramy Al-Asheq was forced to flee Damascus after writing about the Syrian revolution. Today, as a refugee in Germany, the "Weiter Schreiben" project helps him and other exiled writers continue their work. (10.05.2017)

Regula Venske, the new president of the writers' organization PEN Germany, spoke with DW about current threats to authors and freedom of speech. She promises that PEN will continue to work actively to protect writers. (03.05.2017)

Russia and Belarus have moved toward a rapprochement after a series of disputes between the traditional allies. It comes as both countries have cracked down on rare street protests. (04.04.2017)