A Berlin court has ordered a man to pay 1500 euros for urinating on the Berlin Holocaust memorial. Jewish community leader Charlotte Knobloch hopes this trial will strengthen German collective memory. 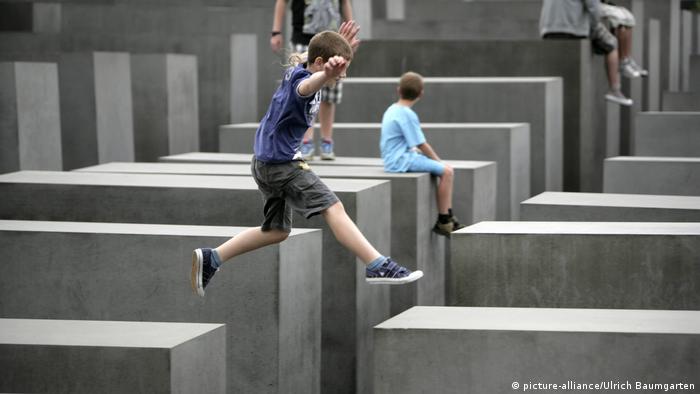 DW: Frau Knobloch, in Berlin last Wednesday a 22 year-old man was fined 1500 euro ($1579) after he urinated on one of the stone columns of the Holocaust memorial in May 2015. According to the Tiergarten district court, this act made him guilty of desecrating graves. How important are trials like this?

CK: We live in a state governed by the rule of law and, as such, it is absolutely vital that criminal activities are prosecuted and appropriately punished. But in this case, apart from the importance of legal certainty, it is about more than penalizing the criminal act of violating graves. It is also about thoughtlessness and a lack of historical awareness. 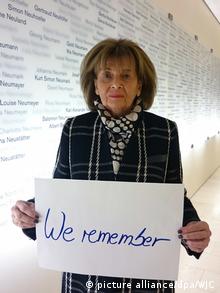 This trial should also be seen as an opportunity to reflect on whether enough is being done to foster an historical awareness and sense of responsibility in our country, in families, in schools and in educational institutions. Especially in these times, when we have the far right making well-known demands for a clean break with the past and an 180 degree turnaround in the political memory. Our republic's democratic powers must emphasize the value and necessity of a culture of remembrance and political consciousness. If the trial creates a greater sensitivity towards these things, I will be glad. 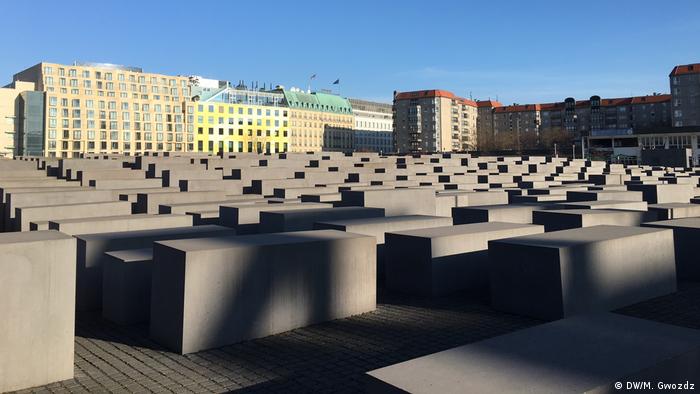 The Holocaust memorial in Berlin is a central part of Germany's culture of remembrance.

Are cases like this in Germany strictly enough pursued and punished?

I can't say how much of a sense of wrongdoing there really is in this case. Perhaps the young man did not, in fact, act wilfully and knowingly, or was under the influence of alcohol and did not know or think about what he was doing. But let's leave this example. Generally, it must be pointed out, that the desecration of Jewish cemeteries and memorials is on the increase. So are anti-Semitic hostilities and threats, or even acts of violence, towards Jewish people and organizations. In many cases, for example, anti-Semitic graffiti is not worth the bother of reporting anymore. And the public outcry falls short of what I would hope for in Germany. The political elite reacts with alarm and resolve, but there is a divide between the attitudes of certain parts of the community. 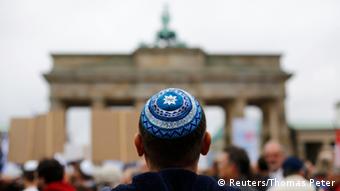 Jews do not always feel safe in their home in Germany, Knobloch says

Let's take a much more meaningful example. Three Palestinian men were only given suspended sentences after an arson attack on the Bergische Synagogue in Wuppertal. An anti-Semitic motive was not found because the attackers claimed they had attacked the house of prayer in order to draw attention to the Gaza conflict. The message that this sentence sends out is devastating. It says that anyone in Germany who sets fire to a German Synagogue is not actually anti-Semitic but a critic of the State of Israel. This is absurd. And it is a slap in the face for the Jewish community. It is incomprehensible to me how such a judgment could be reached. It is scandalous. 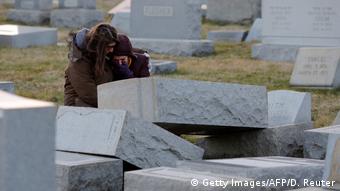 Jewish cemeteries have been vandalized recently in the US

Do you have the impression that people in Germany are getting tired of the topic of anti-Semitism?

The public outcry is definitely not as big as it is in other places. Generally, one has to say that anti-Semitism as a societal issue is not being taken seriously enough, even though anti-Semitic attitudes are a massive problem in this country too. Real hatred of Jews is strong amongst Muslims living here, because anti-Semitism is an absolutely natural part of socialization in many predominantly Muslim countries.

With the growth of the right-wing populist and extremist movement, through phenomena such as the Pegida movement and also the AfD (Alternative for Germany party), anti-Semitism is becoming increasingly aggressive and more widespread. There is also strong anti-Semitism concerning Israel in the left-wing political spectrum. This means that anti-Semitism is spread across the whole society. And for the Jewish community, this is increasingly detrimental to living with a feeling of safety and security in our home country - in Germany.

How would you consider the debate about Mr Höcke's statement that the memorial is a "monument of disgrace”? Was that appropriately historically classified and condemned, or was it played down?

The defining statements were Höcke's demand for the 180 degree turnaround in political memory and his insistence upon a nationalist world view and right-wing nationalistic patriotism. These are right-wing extremist ideas. They show the direction in which Höcke and his affiliates are steering the AfD. This party is already now almost indistinguishable from neo-Nazi parties like the NPD. And it has the power to harm democracy that the Federal Constitutional Court doesn't consider the NPD to have.

The Holocaust memorial is obviously supposed to achieve mainly one thing: It is supposed to keep alive the memory of the mass murder of Jewish people by the Nazis. Is it "successful" in this respect?

There are better ways to do this, but one thing is becoming quite apparent with this memorial: It is not the sheer size and impact of the memorial that counts. The determining factor is whether it conveys information. The approach to historical evaluation and the confrontation with the content of the subject - these are things that no memorial can achieve. This must be achieved in family homes, in schools, though adult education, and in integration classes. There is still much to be done. The existing didactical and pedagogical concepts need to be constantly revised and reconsidered.

Charlotte Knobloch has been President of the Israelite Community (Israelitische Kultusgemeinde) in Munich and Upper Bavaria since 1985. Between 2006 and 2010, she was President of the umbrella organization of Jewish communities, the Central Council of Jews in Germany. Knobloch was born in Munich in 1932 and survived the Holocaust in a hiding place in rural Bavaria. In 2010 she was awarded Germany's Great Federal Cross of Merit with Star.

The interview was conducted by Nastassja Shtrauchler.

The nationalists in the state of Baden-Württemberg have seen more than half their lawmakers resign in one day. The move follows the failed ouster of one parliamentarian who referred to Judaism as an 'enemy' of Europe. (05.07.2016)