Rent-a-Jew project hopes to ward off anti-Semitism in Germany | Germany | News and in-depth reporting from Berlin and beyond | DW | 17.02.2017

With a population of 100,000 Jews, Germany is home to the world's fastest-growing Jewish community. And yet many Germans have never met a Jewish person - something "Rent a Jew" aims to change. DW's Kate Brady reports.

"How many of you have met a Jew?" At a technical college in Solingen, Western Germany, 15 out of 20 cautious teenagers answer with just as many variations of no.

"I've most likely crossed paths with one," says one student. "But I wouldn't necessarily know."

That's where "Rent-a-Jew" steps in. "You never forget your first," the project's tagline reads. The initiative - with its admittedly provocative name - was launched by the Munich-based European Janusz Korczak Academy.

The program's 50 members are leading seminars with private groups and educational establishments across Germany. In reaching out to non-Jews, the initiative aims to provide the opportunity to socialize with the Jewish community and break down prejudices in the process. Among them is Moscow-born Mascha Schmerling and Hanoverian Monty Aviel Zeev Ott.

But what's in the name? "We know it's questionable. It's there to provoke, to promote conversation," Schmerling told DW.

"People don't trust themselves to say 'Jew,'" Ott said. "But it's all about context," Schmerling added.

'We don't want to be defined by history'

Like many of the country's Jews, Schmerling arrived in Germany from the former Soviet Union with her mother in 1992. They were part of the so-called "contingent refugees" who today account for around 80 percent of Germany's total Jewish population of approximately 100,000.

"We want to give people the chance to talk to the Jewish community. We want them to see that we're completely normal people," Schmerling explained.

"But we also want to show an open and colorful Judaism," Ott told DW. "Judaism is so diverse." 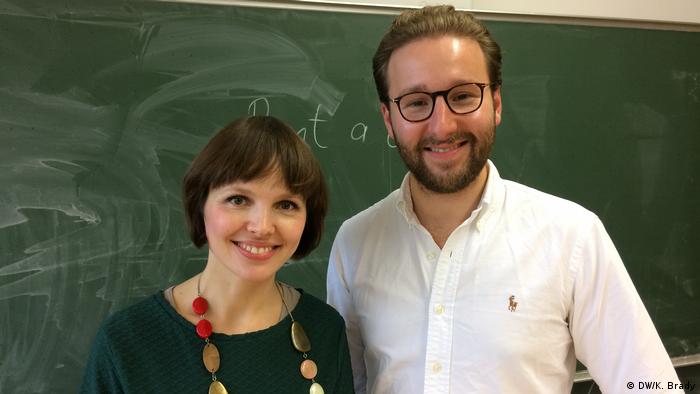 But with anti-Semitism on the rise across Western Europe, the chance to encourage conversation with the Jewish community has become even more important in recent months, Otto told DW.

In March, the Berlin-based Department for Research and Information on Anti-Semitism reported that there were 34 percent more anti-Semitic incidents reported in the German capital in 2015, compared to the previous year.The independent organization reported 401 incidents in 2015 in Berlin. Less than half of these were reported in official police statistics, however, which recorded some 1,300 anti-Semitic crimes nationwide.

Anti-Semitism in Germany also made international headlines earlier this year after a 21-year-old Jewish man wearing a kippah was beaten by three men.

"Have you ever been attacked?" one student asks.

Ott himself was previously targeted by three men who, on noticing his Kippah, surrounded him and began chanting Palestine. 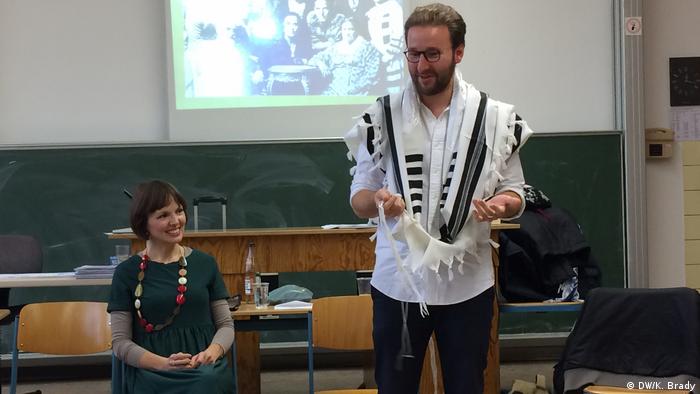 "There are small parts of Berlin where I no longer wear my Kippah," Ott said. "Your personal safety takes priority in those situations."

"But it isn't all bad," he added. "I've have some great conversations where people have been curious enough to approach me."

"That's encouraging to see that people can be so open," he said.

Taking part in the Rent-a-Jew seminar gives participants the chance to learn about all manner of things that contribute to Judaism - whether it's worship, festivals, ancestry, or the particularly popular topic of food.

As the participants begin to relax, Schmerling and Ott turn the tables. "What have you heard about Jews?"

Apprehensive at first, someone answers: "Educated."

"Not always a bad thing," Schmerling replies. "But certainly not true for everyone." 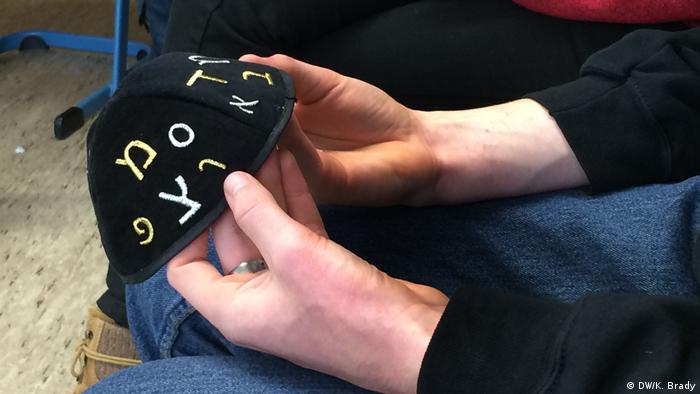 According to Jewish law, men are required to cover their heads during prayer

"Money," says another, prompting a mixture of tiny gasps and uneasy laughs from the group.

"Well, it's certainly an old prejudice," Schmerling says. "But, unfortunately it isn't true. At least it wasn't passed on if there was any in my family," she jokes.

"Wouldn't that be nice if you were given a bag of money if you converted," Ott quips. "Where do I sign?"

Dialogue 'key to any problem'

Among the students at the Solingen Technical College was 17-year-old Justin. Prior to the visit from Rent-a-Jew, he had never had the chance to speak with anyone from Germany's Jewish community.

"They live alongside us, although you don't always know it," he told DW. "It's important to know how others live and not only people from your own religion."

Classmate Mohamed was also keen to learn more about the Jewish way of life.

"Not only have I learnt about day-to-day life in Judaism, but I've also learnt that many things I've heard about Jews aren't actually true," the 17-year-old said. 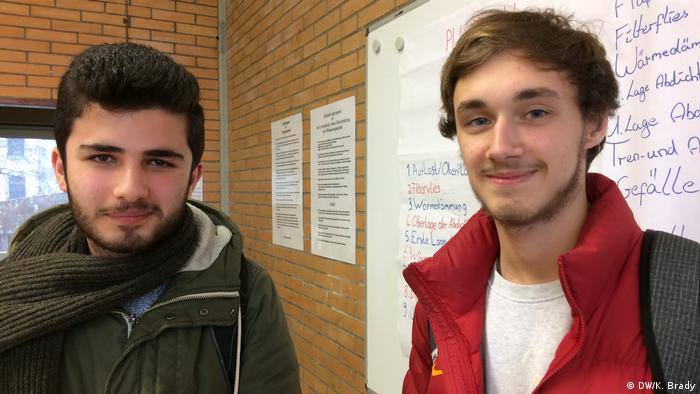 For Schmerling and Ott, debunking the stereotypes is half a battle won. "This is a chance to break down those prejudices," Schmerling said.

"Dialogue is key to any problem. Instead of talking about one another, we need to be talking with one another."

When World War II ended in Europe on May 8, 1945, Germany started the process of coming to terms with the Nazi dictatorship and its crimes. Memorials across the country ensure the millions of victims are not forgotten. (27.04.2015)