The nationalists in the state of Baden-Württemberg have seen more than half their lawmakers resign in one day. The move follows the failed ouster of one parliamentarian who referred to Judaism as an 'enemy' of Europe. 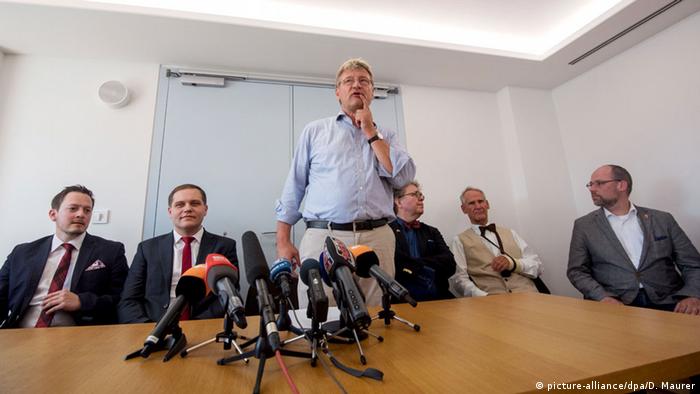 Right-wing populists Alternative for Germany (AfD) have not had long to celebrate their recent electoral success in the southwestern state of Baden-Württemberg, and already the party has been dealt a major blow. On Tuesday, the state's parliamentary leader and 12 other members of the 23-member group stepped down after failing to oust a fellow lawmaker accused of downplaying the significance of the Holocaust.

Only founded in 2013 as a protest party focusing mainly on financial neoliberalism, the AfD has seen its polling numbers rise significantly since pivoting towards anti-migrant rhetoric in the wake of Europe's refugee crisis. Riding this wave of relevance, the AfD garnered 15.1 percent of the vote when Baden-Württemberg held regional elections in March.

One of the newly minted AfD lawmakers in Stuttgart was Wolfgang Gedeon, a former doctor who quickly came under fire for several anti-Semitic remarks in writings he had published years earlier. One statement he made was to criticize the creation of the Memorial to the Murdered Jews of Europe in central Berlin, saying "certain crimes" were being given too much attention. 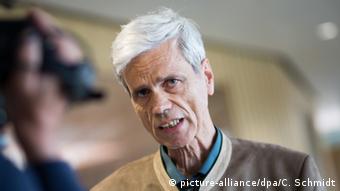 His three-volume, 600-page opus on Christian culture in the West was subtitled "the challenges presented to Europe by secularism, Zionism and Islam." He further wrote that while Judaism was the "domestic enemy" of the Christian West, equal suspicion should be placed on the "external enemy," Islam.

Jörg Meuthen, the leader of the AfD in Baden-Württemberg, announced in late June that he would hold a vote to have Gedeon removed from office and should that gambit fail, he would immediately resign. With 13 votes for his ouster and 9 against, the necessary two-thirds majority did not materialize.

Meuthen announced at a Tuesday press conference his intention, along with 12 of his fellows, to make good on his promise.

Muted in his outgoing words, Meuthen said that "a clearing-out process" was often necessary in newly founded political parties, and that he believed that "anti-Semitism cannot and may not have any place in the AfD."

The incident follows the highly controversial decision taken by the AfD a to write in its party manifesto that "Islam has no place in Germany." Furthermore, the party's top leader, Frauke Petry, has been outspoken about how "increasing Muslim immigration" poses a threat to Europe.

The populist AfD party has said the press will not be allowed to attend an upcoming regional convention due to security concerns. Journalists have fired back that the party is encroaching on fundamental rights. (23.06.2016)