The populist AfD party should be "unmasked point by point," said Volker Bouffier, premier of the German state of Hesse and an ally of Chancellor Merkel. His broadside comes 15 months before the next federal election. 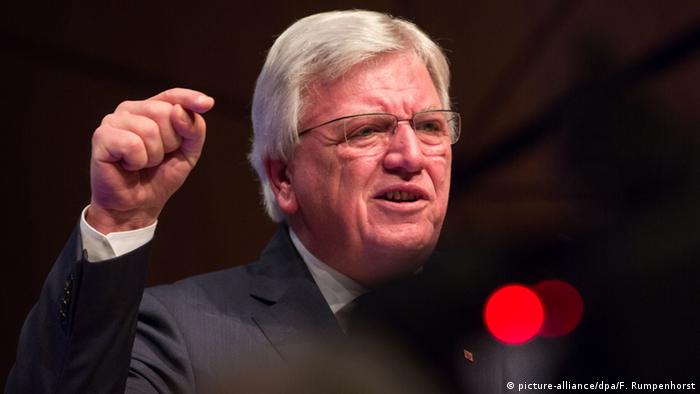 Volker Bouffier, who is also one of the five vice-chairpersons of Merkel's Christian Democrats (CDU) at the federal level, accused the populist Alternative for Germany (AfD) of trying to lure away voters by using "vocabulary out of the darkest period of German history."

German Vice Chancellor Sigmar Gabriel has said views expressed by Alternative for Germany members remind him of those held by his Nazi father. Gabriel added some members of the party longed to return to the 1960s. (12.06.2016)

"One must not stay silent," he said, calling on his CDU party colleagues to intensively challenge AfD rhetoric on topics "point by point."

Bouffier told CDU delegates in Hesse's southern city of Darmstadt, who re-elected him overwhelmingly as their regional chairman on Saturday, that the AfD sowed hatred and violence.

"Germany must not be made to appear like this, and therefore we must resist these machinations," Bouffier said.

The CDU could on "no account make common cause" with the AfD and" its representatives," he added, drawing hefty applause from some 350 CDU delegates.

Bouffier also made an indirect reference to AfD vice-chairman and publicist Alexander Gauland - a former CDU functionary in Hesse, who quit Merkel's party in 2013 to form an Euroskeptic movement from which the AfD emerged and swung further to the right in a schism last year.

Just before the Euro 2016 soccer championship start earlier this month, Gauland made a racist remark, saying in an interview that Germans valued Jerome Boateng - whose father is Ghanaian - as a sportsman in their national team but "would not want to live next to someone like him."

Bouffier told CDU delegates in Darmstadt that Gauland's remark about Boateng was "example enough" of the AfD's rhetorical tactic of "deliberate provocation and transgression of limits." 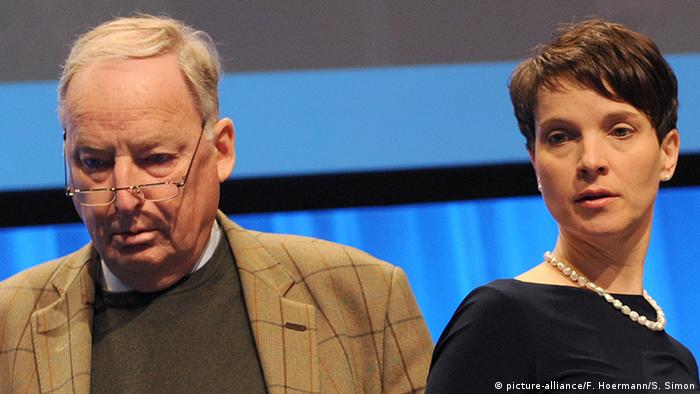 AfD's Petry (R) has long faced a challenge from Gauland

Dangerous trend in Europe and US

A dangerous regression toward nationalism was emerging in Europe as well as in the United States "when we see how Donald Trump has managed to become (the presumptive Republican) presidential candidate," said Bouffier.

Bouffier's broadside - 15 months ahead of Germany's next federal Bundestag election - came as Germany's established parties grapple with the AfD's rapid rise in late 2014 to currently poll at 14 percent nationwide.

Hesse, Germany's central state of 6 million with its regional capital of Wiesbaden, where Bouffier heads a CDU-Greens coalition, now halfway through its four-year term of office, was once Gauland's operating radius.

Between 1987 and 1991, Gauland was an influential state secretary in the main office of the then CDU Premier Walter Wallmann, who previously had been mayor of Frankfurt, Hesse's commercial hub. 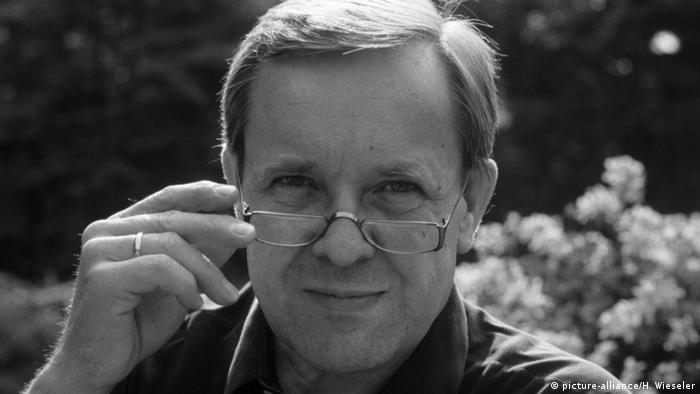 Earlier this week, German media reported that an AfD faction favored the 75-year-old Gauland as the AfD's top candidate in 2017 elections instead of current co-leader Frauke Petry. She heads the opposition AfD in the Saxony state assembly, where she is under investigation for perjury.

The AfD's other chairman, Jörg Meuthen, who has so far ruled out a federal election candidacy, faces a power play next Tuesday in southwestern Germany.

Meuthen has threatened "consequences" if his regional Baden Württemberg branch fails to muster a two-thirds majority to expel its member Wolfgang Gedeon over anti-Semitic remarks.

In recent months, he had twice had to hand in his license for four-week periods for alleged speeding. Within the past six months he had reportedly accumulated 54 fines for false parking.

"Bild" also reported that Brandenburg's interior minister, Karl-Heinz Schröter of the center-left Social Democrats (SPD), had reminded Gauland that law and justice applied to everyone in Germany.

Gauland had replied that when searching for legal parking spaces in Potsdam, Brandenburg's regional capital, there were "sometimes none available," Bild said.