The story of a 14-year-old who had to change schools to escape anti-Semitism is making headlines in Germany. The boy's tormentors were of Arab and Turkish descent - making the news even more explosive. 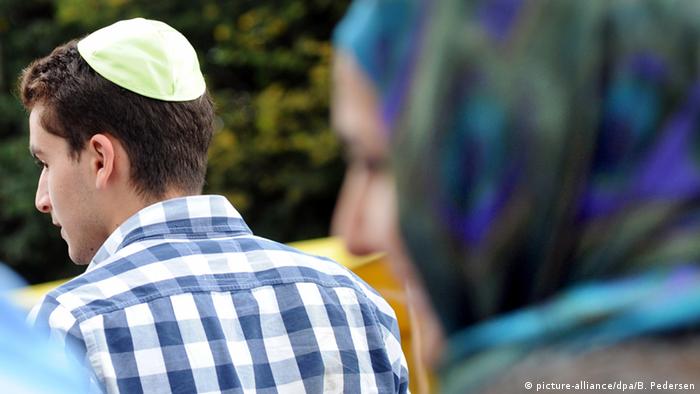 The story about the teenager, which originally ran in the UK newspaper "The Jewish Chronicle," featured in the weekend editions of many German newspapers as well as the online edition of respected news magazine "Der Spiegel."

The "Chronicle" reported that 14-year-old "Phillip" (not his real name) transferred from the Gemeinschaftschule in the Friedenau district of Berlin to another school after suffering anti-Semitic abuse. The teenager was subjected to verbal harassment after revealing he was Jewish. He was also grabbed and threatened with a realistic-looking pistol that later turned out to be fake.

"Listen, you are a cool dude but I can't be friends with you," the newspaper quoted one of his former classmates as saying. "Jews are all murderers."

Read: Rent-a-Jew project hopes to ward off anti-Semitism in Germany

The mother of "Phillip" decided to send him to another high school. The teenager himself is shocked by what happened to him.

"It was terrible, but I didn't have time to think what's happening at the time," "Phillip" told "The Jewish Chronicle." "Now when I look back, I think, oh my God."

The newspaper wrote that the case "illustrates long history of antisemitic (sic) harassment of Jewish pupils, particularly by Arab and Turkish children." 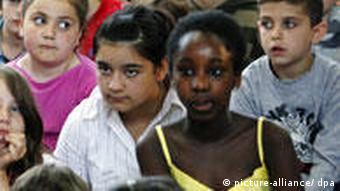 Berlin schools are melting pots, but not always tolerant ones

The first incidence of anti-Semitism

Ironically, the school in question participates in the pro-tolerance initiative "Schools Without Racism - Schools With Courage." Members pledge to abide by principles of multicultural and interfaith respect, a message that seems not to have gotten through to some of "Phillip's" classmates.

In a written statement on the school's website, the school directorship said it was distressed by the incident.

"Firstly we'd like to express our regret and horror that a student was forced to experience anti-Semitism in his everyday school life," the statement read. "We are losing an especially active and high-achieving student who chose our school with joy and saw it as an opportunity to further his development."

The school said that after the first incident was reported, it had invited "Phillip's" grandparents, who witnessed the Holocaust, to talk to his class. The statement added that the school was seeking help from the pro-tolerance Salaam-Shalom initiative and the city government.

The school said that it was reporting the students who tormented "Phillip" to the police and that this was the first time it had been confronted with anti-Semitism.

School principal Uwe Runkel said he was sorry that "Phillip" had left.

"After the first incident, we addressed it," Runkel told Berlin's "Tagesspiegel" newspaper. "Now, unfortunately, we no longer have the chance to convince the boy that he's safe here. But we'll continue to address this issue, and the perpetrators will face consequences."

So is this an isolated incident of bullying carried out by historically ignorant youths? Or is anti-Semitism a widespread problem in Berlin schools with a high percentage of students from Muslim backgrounds? 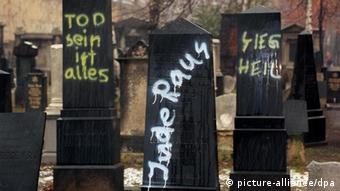 Many anti-Semitic incidents are the work of the extreme right

The story opened the floodgates for social media posts attacking Muslims and excoriating Chancellor Angela Merkel's welcoming stance toward refugees. In fact, there was no indication that any of the tormentors came from refugee families, and anti-Semitic attacks on Jews in Germany are carried out not just by Muslims, but by right-wing extremists as well. Nor is the problem in general restricted to Germany.

On the other hand, there is no denying that anti-Semitic thought and speech is common among some Muslim students in some German schools. Activists have been drawing attention to the problem for years.

"Because of concrete cases of mobbing and a general climate of anti-Semitic expressions of hostility, some students prefer to go to non-public, Jewish schools," the director of the American Jewish Committee in Berlin, Deidre Berger, told the "Bild am Sonntag" newspaper in March 2015.

In May of that year, the Deutschlandfunk radio station recorded students from Muslim backgrounds at one Berlin school saying things like: "If a Jew enters our school, he'll get beaten up - I'd beat him up too."

"The Jewish Chronicle" quoted Aaron Eckstaedt, principal of the Moses Mendelssohn Jewish High School in Berlin, saying that "six to 10" parents a year tried to move their children there to escape anti-Semitic harassment.

And the problem is by no means confined to the German capital. 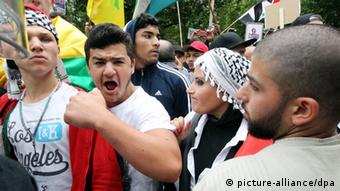 The Deutschlandfunk report also featured Jewish teachers from Berlin and elsewhere in Germany saying that they were afraid to reveal their religion to their students.

"There was a student who told me: 'If I saw a Jew, I'd immediately kill him,'" one teacher from northern Germany told the radio station on the condition of anonymity. "And he meant it."

The abuse caused one teacher in Berlin to address an angry public letter to Chancellor Angela Merkel and other leaders complaining about anti-Semitism in Berlin's schools. Berlin authorities say they are aware of the problem and acknowledge that the word "Jew" is frequently used as an insult in some of the German capital's schools.

There was a flurry of interest in the topic in 2015, when the German-Israel Youth Congress was held in Berlin, but the public attention quickly dissipated. Other incidents of anti-Semitism in Berlin schools were reported last year. According to the website report-antisemitism.de, members of the Jewish Forum for Democracy and against Anti-Semitism (JFDA) were called "child murderers" when they visited a school in the heavily Muslim district of Neukölln in May 2016. The JFDA said they had never before experienced such crass anti-Semitism among students.

"The Middle East conflict is a big concern of these young people, but their knowledge of the issues is very one-sided," Islamism expert Ahmad Monsour told the "Tagesspiegel" in 2015. "It quickly turns into anti-Semitism. It's easy to say the Jews are to blame for everything."