Germany struggles to tackle lingering anti-Semitism | Germany | News and in-depth reporting from Berlin and beyond | DW | 11.11.2011

In a shocking new report, a government commission has found that bigoted Jewish stereotypes are still entrenched in German society. It has claimed that discrimination is an everyday experience for many German Jews. 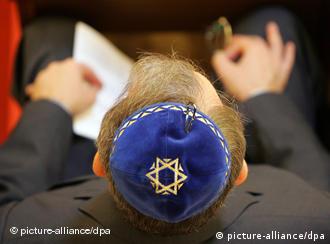 Youths in Germany have taken to using the word 'Jew' as a curse word, even when their object of scorn isn't Jewish. And, shockingly, the insult "You belong in Auschwitz" is also relatively common.

These findings were revealed Friday in a new report from a panel of experts commissioned by the German government. The experts will in future be regularly called upon to give updates on the status of persistent anti-Semitism in the country.

In their initial report, the experts described a catalogue of discrimination. Whether in private circles, at the pub, on the playground, in a football stadium or online, the report showed anti-Semitism is a fact of life for Jews living in Germany. Although officially illegal in Germany, anti-Semitic sentiment is found in around 20 percent of the population in one form or another, according to the findings.

Experts on the panel, including London historian Peter Longerich and Johannes Heil, the head of the Heidelberg College of Jewish Studies, based their research on several recent opinion polls. 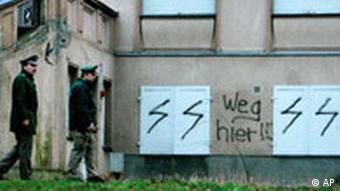 According to police statistics those responsible for carrying out 90 percent of anti-Semitic crimes were described as right-wing extremists. They were mainly charged with making provocative comments, desecrating Jewish cemeteries, Holocaust denial and a small number of anti-Semitic assaults.

The report also stated that the impression sometimes claimed by the media, that Muslims or people of Arab descent are behind a large proportion of anti-Semitic attacks, is simply not true. In spite of the ongoing Middle East conflict, the idea that "this group of people has particular cause to spread anti-Semitic propaganda" lacked any scientific evidence.

Seeking to explain their findings, the experts criticized a failure on the part of Germany's state education.

They claimed it's not enough to simply teach children about Jewish persecution under the Nazis and Germany's "special responsibility to Israel." Instead, more emphasis must be placed on the more current manifestations of anti-Semitism associated with the Middle East conflict, Islamism and the financial crisis.

This new insight goes some way to explain why, since the 1970s, the trend of a steady decline in German anti-Semitism hasn't continued. The trend mainly emerged as the generation most influenced by National Socialism was dying out.

Concerns are now focused on the flood of anti-Semitic writing and videos circling the Internet, which are extremely hard to control. 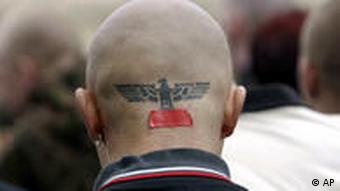 The report argued that a growing criticism of international financial systems has led to a dangerous re-emergence of old anti-Semitic stereotypes, bemoaning "greedy Jews" and "Jewish conspiracies."

This was backed up by a 2009 study conducted by Bielefeld University, which found that one in five people felt that Jewish people have too much influence in the financial world. Around 40 percent of respondents also held the view that Jews today were still seeking to benefit from Germany's Nazi past.

Although the experts noted considerable efforts to tackle anti-Semitism in Germany, they came to the conclusion that there is no comprehensive strategy in place.

Statistically, Germany is ranked in the middle of the European table in terms of the anti-Semitism problem. However, this ranking would be considerably worse were it not for countries like Poland, Hungary and Portugal, which suffer even higher levels of discrimination.

In New York, officials from 180 UN member states are observing the 10th anniversary of the Durban anti-racism conference. But Germany and others are staying away due to the meeting's controversial past. (22.09.2011)

Foreign Minister Guido Westerwelle has said Germany won't attend an anti-racism conference due to concerns about anti-Semitism. Westerwelle said, however, that Germany remains committed to the fight against racism. (02.09.2011)