Since Donald Trump was elected US president, Germany's New York consulate has seen an increase in citizenship applications under Article 116, which allows former nationals and their descendants to reclaim citizenship. 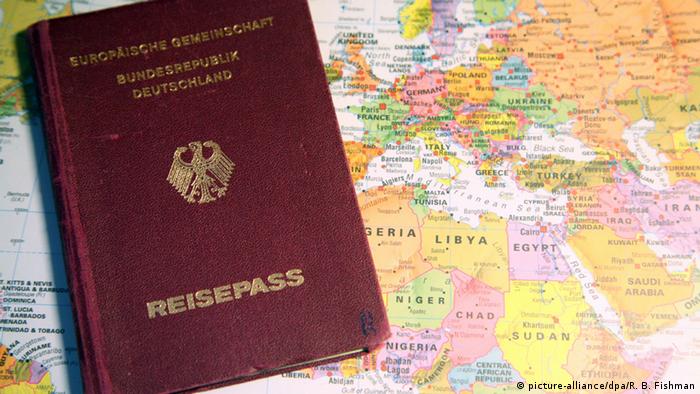 American Jews, it seems, want out.

Or at least, they want the option of out.

Seventy-five percent of the Jewish community voted for Hillary Clinton in the November 2016 election, many spurred by rhetoric coming from Donald Trump that recalled Germany before the Nazis took power.

"We can confirm that there has been a perceptible increase in the number of people claiming German citizenship under Article 116, Paragraph 2 of the German Basic Law," said Bradford Elder, a spokesman for the German consulate in New York. The city has the largest population of Jews in the US, and is second only to Israel in the world.

Article 116, Paragraph 2 of the Basic Law, Germany's constitution, allows people who were stripped of their German citizenship between 1933 and 1945 to reclaim the passports revoked by the Nazis. That right also applies to their descendents.

Between 50 and 70 people in New York applied for German citizenship in the years 2014 and in 2015, according to the consulate. That figure jumped to 124 alone in November 2016, the month of the US presidential election, and it has climbed every month since then, according to the data provided to DW by the German consulate. In March 2017, 235 people applied to reclaim their or their ancestors' German citizenship.

A personal connection - and a way out

It appears to be a trend for Jews elsewhere in the US as well. For Terry Mandel, 63, of Berkeley, California, the reason to get German citizenship was clear and simple.

"It was 99 percent motivated by wanting to have a way out," Mandel told DW. "It's about having a plan B. I've always referred to it as plan B."

Mandel first applied for a German passport back in 2000, when conservative Republican George W. Bush was named president in the wake of a controversial and hotly contested electoral college victory after he, like Trump, lost the popular vote. Then in September of 2016, while working on her submission to a book about Jews who were reclaiming German citizenship, Mandel realized her German passport had expired.

"Like many progressive Americans, I didn't think there was a chance that Trump could win," she said. "But I still thought: Why take the risk?" She started the process to renew her passport right before Election Day 2016.

Trump's electoral college victory and ascension to the presidency made renewing the passport feel "a lot more urgent and meaningful."

For Ilana and Rena Sufrin, 26-year-old twins from Pittsburgh, a German passport is less about politics and more about an easy way into the European Union, but also an insurance policy of sorts. While growing up, Rena Sufrin felt very connected to their German heritage, which they have through their grandmother - more so than Ilana, who felt more Jewish. Rena took German in high school and studied abroad in Cologne, Germany, during college. 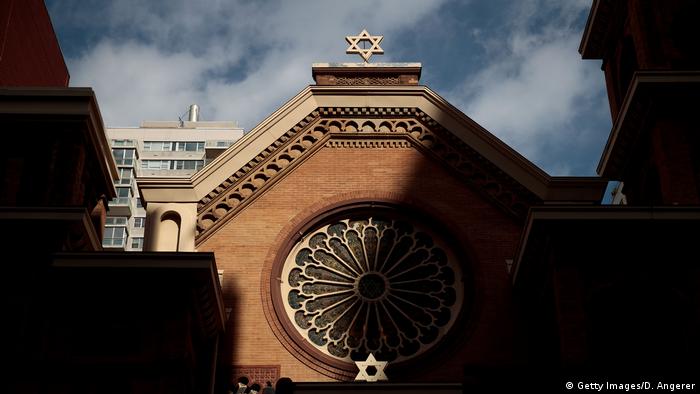 The sisters started the application process in 2015, long before Trump announced his candidacy for president.

"When we initially applied, Obama was president," said Ilana. "I'm a pretty liberal person. I had a lot of hope. I didn't think there was going to be any potential problem. But I would say now …"

"It's definitely a good thing to have," Rena finished.

Now their other set of twin sisters are also thinking about applying.

The luxury of choice

Adam Bencan, 26, originally from Philadelphia, is going through the application process now. He submitted his paperwork to the New York consulate in January, but his motivation was less about the political situation and more a deep personal connection to his German heritage through his grandfather, who he knew as Opa.

Read: Ranking the most powerful passports

"I just wanted to have German citizenship and fulfill the full circle of what my grandfather lost."

He said he had been planning to spend a year living in Germany at some point.

"The change in the political climate could play into how quickly I do move," Bencan said. Trump's victory did intensify his desire to leave a bit, he added.

For the Sufrins, the idea of moving permanently to Europe is less appealing. Ilana said she planned to spend a year hopping between major European cities and working remotely, but didn't intend to stay.

"I don't think I would live there permanently," Ilana said. "I don't think I want to raise my kids in Germany. The US still affords the most opportunities. Unless that changes, and everything goes to hell."

"I feel like people don't really believe that something [horrible] could happen," said Rena, "but I feel like it's at the back of everyone's mind, especially when you start hearing the way people like Trump talk. It gets a little unnerving."

For Mandel, the idea of actually moving to Germany was becoming less and less foreign.

"It's really 50/50," she said. "I have the option to leave and the curiosity about relocating. In the current political climate, globally, in Europe and the US, Germany feels safer and more receptive and accommodating and welcoming than many, many other places."