He makes threats and hurls insults. His gestures and language are aggressive. He uses his voters' fear and presents himself as a savior. It's Donald Trump's psychological recipe of success - and not only his. 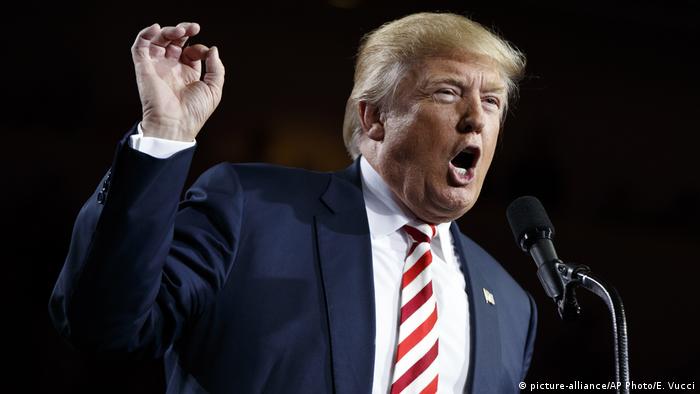 Ever since the election of the 45th US President, Donald J. Trump, many people have been asking themselves, "How could this have happened?" And many continue to do so. Even after his taking office, the dismay over the polarizing POTUS is great.

But it seems Trump has managed to get such a huge number of people to support him because he knows the psychological effect of choosing the right words, intonation, facial expressions and other gestures, like body language.

It's no hocus pocus. Here are the most important ingredients for a successful, rousing (aggressive) speech.

Trump has found most of his supporters among the lower-educated, white middle class. Having recognized a potential in this frustrated part of American society, he became their mouthpiece. In his inaugural speech, Trump said, "the forgotten men and women of our country will no longer be forgotten." With his election, the people would get back the power.

Do the people really believe this? Donald Trump is no newcomer to America's economic elite, and now he of all people is to be the spokesman for the small factory worker on the street? 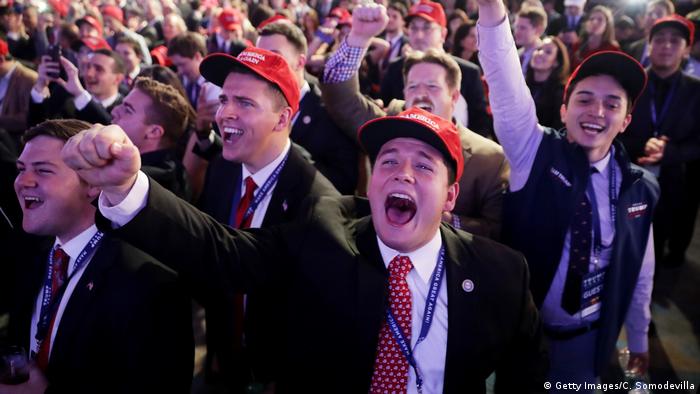 Trump has even managed to enthuse young voters

"If I were an average Trump voter, I would probably think, he's a successful businessman, he'll get it done!" says Benjamin Lange, a media psychologist at Würzburg University. "For people who haven't a lot to lose, Trump looks competent."

2. The body-language of an alpha leader

"Men of high status simply don't smile," says Lange. It would contradict the seriousness of the situation, he says.

3. The language: You are the people!

The language should reflect the problem. It's said that a lot of Trump's voters have a lower level of education than others. The world, by contrast, is a complicated, interwoven place - it's hard to understand. The way of Trump, therefore, is to keep sentences short and messages simple - because so far it's not been about actually changing the world, but getting those selected "problem people" in line. Then, to strengthen his alliance with this "simple folk," Trump appeals to their inner sheep: "He says things like 'we' and 'our' to create the sense that they belong to a group after so long having felt cut off," says Lange. He talks about a "movement" and gives his supporters the feeling they are part of something bigger, he adds. 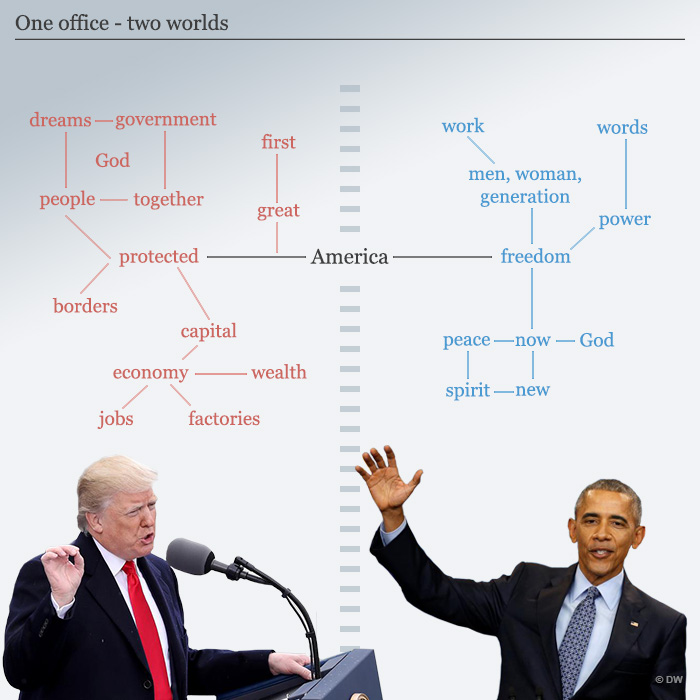 America seen by two different leaders: These are the words they used most in their inaugural speeches

It's also a good idea to use emotionally loaded words. Trump spoke about drugs, crime and gangs in his inaugural speech. Such issues are so present in the media that there's often no need for voters to have had any personal experience of them and yet feel scared. Trump's modus operandi: to shout "drugs, crime, gangs - you're finished!" That is, first you remind people of their fear and then you present yourself as the savior. It's a common trick among "populists."

"What do I care what I said yesterday!" Good question. There's no need to draw a neat red thread through your thoughts and make them appear as logical or easily understood. The human psyche can eliminate contradictions through cognitive dissonance. We especially like to do this when we're faced with totally abhorrent ideas.

The result is that we reason by saying, "Surely, he wasn't being serious. Or, I can't remember," says Lange. "That's how the brain tries to explain such things away. You can counter cognitive dissonance by concentrating on the stimuli that remove the contradiction."

Trump is not the only aggressive speaker in politics - far from it. Even high-ranking members of the more peace-loving German Green Party, like Anton Hofreiter or Claudia Roth, have been known to wage speeches to make the hairs stand up on the back of your neck, says Lange. The only difference is that Trump seems to enjoy insulting other people. 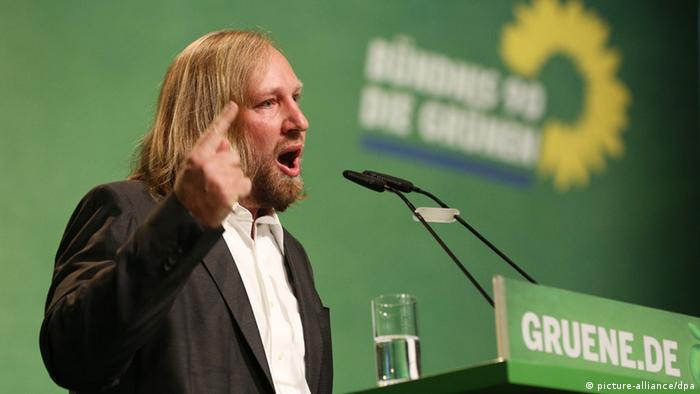 Most politicians can put on an aggressive, rousing speech - even Anton Hofreiter of the German Greens

But such alpha types are quite common in leadership roles. Perhaps we're all a little attracted to the aggressive? "It's like finding a partner," says Lange. "We want someone who is strong on the outside, but loving to us." So for Trump voters "America First" must just mean: a hard exterior and soft in the middle.

Keeping a low profile due to Trump's unpopularity in Europe before the elections, US conservatives have come out of the shadows after his victory. Teri Schultz meets the man whose voice proved prescient in the EU. (25.01.2017)