The German president has decried resurgent anti-Semitism in Germany and across Europe. His remarks came on the occasion of a ceremony in Augsburg to celebrate its 100-year-old synagogue. Steinmeier told the Augsburger Allgemeine newspaper Wednesday that in addition to centuries-long anti-Semitism in Germany, anti-Jewish sentiment existed among some newly arrived Muslim migrants - and that all of it was being stoked by hate tirades on social media.

The majority of German society and the civil administration, however, has positioned itself clearly against anti-Semitism and condemned it, said Steinmeier, adding "and that is very important."

"Unfortunately in Germany - similar to other European countries - heightened anti-Semitic resentment could again be observed, Steinmeier said, citing a recent report submitted to cabinet and parliament.

"The social media often propagate the spread of hate messages and anti-Semitic provocation," he said. 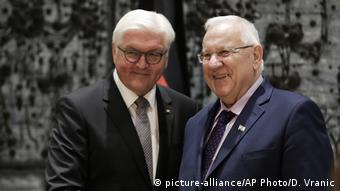 Attacks on persons because of their beliefs amounted to attacks on society as a whole, insisted Germany's ceremonial head of state.

As a former foreign minister, who visited Israel in May, Steinmeier's presence in Augsburg was part of the city's celebrations to mark the 100th anniversary of its synagogue. The Chairman of the Central Council of Jews in Germany Josef Schuster, Bavaria's Premier Horst Seehofer and Israeli Ambassador Yacov-David Hadas Handelsmann were also among the dignitaries attending the event.

Augsburg's synagogue was the only Jewish house of worship across Bavarian cities to survive the Nazi onslaught under Hitler in the 1930s largely undamaged.

"It seems a miracle that today it [the synagogue] - 80 years after the breakdown of civilization during the Holocaust - has become a vibrant Jewish community," Steinmeier told the newspaper. 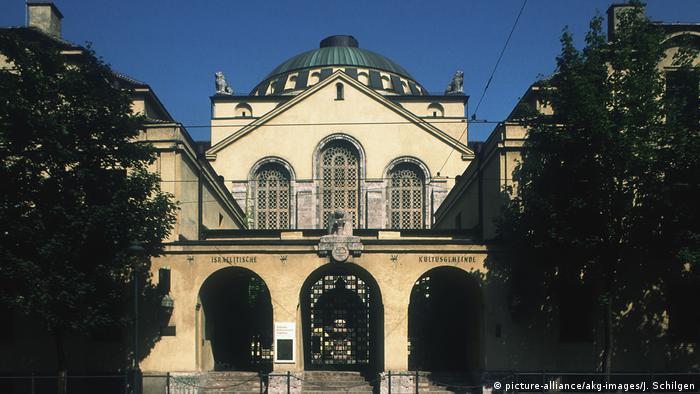 The Augsburger Allgemeine's interviewer recalled that thousands of anxious Jews had recently left France for Israel and asked Steinmeier what Germany was doing to make Jewish life self-sustaining.

"There is no noticeable migratory outflow of people of Jewish belief among us here," replied Steinmeier, adding Germany must, however, remain alert and foster understanding among various societal and religious groups.

"For the good fortune of all, Germany can again be the home of which the Jews were robbed by [Hitler's] National Socialists," he said.

Steinmeier recalled that Walter Jacob, a "famous son" and pre-war rabbi of Augsburg, wrote in his memoirs that the Jewish community once felt "fully at home" in Germany.

WorldLink: How serious is the problem of anti-Semitism in Europe?

Some 100 persons, including descendants of German Jews from around the world, attended the ceremony on Wednesday.

Torsten Lattki of the Augsburg-Swabia regional Jewish Culture Museum told the German KNA news agency that in 1933 Augsburg had between 1,100 and 1,200 Jewish residents.

"About half of them were able to emigrate, the others were murdered," said Lattki, adding that now some 1,500 Jews lived in the southern German region.

Michael Bernheim, whose grandfather converted from Judaism to Christianity, told KNA that he was nearly run down recently by a speeding cyclist while on a footpath.

"I called out to him: he should ride on the road. The young man shouted back: 'Shut up you Jew!'" Bernheim recalled, adding that the cyclist vanished too fast for him to reply to the verbal abuse. 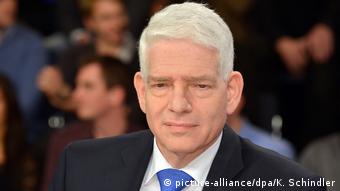 Last week, a 300-page report on anti-Semitism was discussed in Germany's Bundestag, the lower house of parliament, prompting the Chairman of the Central Council of Jews in Germany Josef Schuster to renew the Central Council of Jews' call saying that an anti-Semitism commissioner had to be assigned to the Berlin Federal Chancellery headed by Angela Merkel, and that a nation-wide database on anti-Semitic crimes needed to be established. The report had concluded that anti-Semitism was present at all levels of German society, stoked by hate commentaries on social media. Some analyst put the pervasion of cases of anti-semitic acts at one-in-four.

Federal Interior Ministry State Secretary Günter Krings, a member of Merkel's Christian Democrat conservatives, said the current government would not decide on whether to appoint such a commissioner.

However, due to its history, Germany had a special responsibility towards Jewish communities, Krings added.

The story of a 14-year-old who had to change schools to escape anti-Semitism is making headlines in Germany. The boy's tormentors were of Arab and Turkish descent - making the news even more explosive. (02.04.2017)

Many in AfD 'have an anti-Semitic view of the world'

Controversy over anti-Semitism in the Alternative for Germany party has escalated into a split in the state of Baden-Württemberg. Jan Riebe has carried out extensive research on the AfD and anti-Semitic trends. (07.07.2016)

German-French public broadcaster Arte received criticism for deciding not to show the film. Then, Germany's largest tabloid made it available online. Now, the documentary will be screened on TV. (19.06.2017)