Many in AfD 'have an anti-Semitic view of the world'

Controversy over anti-Semitism in the Alternative for Germany party has escalated into a split in the state of Baden-Württemberg. Jan Riebe has carried out extensive research on the AfD and anti-Semitic trends. 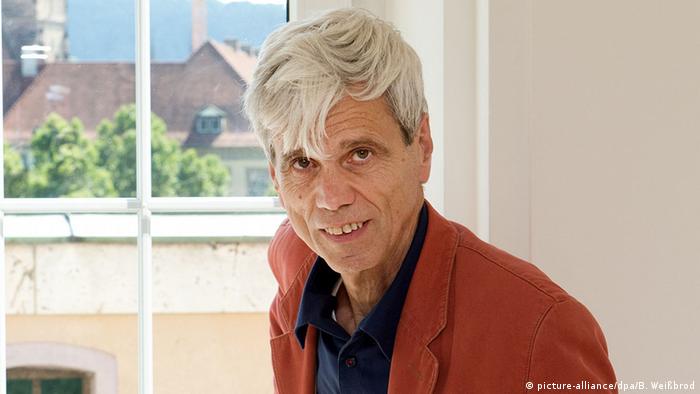 DW: You work for the Amadeu Antonio Foundation, where you have been researching anti-Semitism within the Alternative for Germany (AfD). How would you summarize the situation?

Jan Riebe: The AfD is not a genuinely anti-Semitic party. That would mean that the party is actually being held together by anti-Semitic sentiments, but this is not the case. However, many AfD members do share anti-Semitic ideas; they have an anti-Semitic view of the world, meaning that they believe that Jews are the masterminds of all evil. So, in that sense, anti-Semitism does play an essential role in the AfD.

What evidence of anti-Semitism have you found within the AfD?

You can always find clearly anti-Semitic remarks made by AfD members on the internet - for example, on Facebook. A former member of the AfD executive in the Weserbergland region, Gunnar Baumgart, once wrote in an article that that Zyklon B was used to protect lives and that not a single Jew was killed by it.

Dirk Hoffmann, a party executive in Saxony-Anhalt, criticized Israeli activities in the Palestinian territories by saying that they are the equivalent of the Holocaust. At the moment, it is also popular within the AfD to blame Jews, in general or as individuals, for migration to Europe - i.e., the refugees who come to Europe. It is said that this is a Jewish plan. Familiar anti-Semitic stereotypes can repeatedly be found within the AfD.

Is the AfD doing anything about members who make such comments? 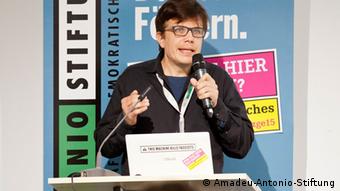 The social scientist Riebe has worked for the Amadeu Antonio Foundation in Berlin since 2008. He specializes in group-focused racism.

There haven't been consequences in all cases. Gunnar Baumgart voluntarily announced that he would resign to prevent any harm to the party. In Hoffmann's case, the AfD chose him as its mayoral candidate for the municipal elections. He did not win, but he did achieve good results.

Volker Olenicak, whose internet activities have drawn attention because he accused Israel of the genocide of Palestinian people, was elected directly for a seat in the state parliament of Saxony-Anhalt. This shows how the AfD deals with anti-Semitism. Sometimes the party takes a clear stance when anti-Semitism arises from within, but the AfD often does not say anything. The AfD has not taken a clear stance against anti-Semitism.

What about AfD member Wolfgang Gedeon (pictured), who played down the mass murder of Jews as a "certain shameful deed" and now wants to resign from the party now that the AfD group in the state parliament of Baden-Württemberg has split?

Once again, there is no clear stance. While the party's vice chairman, Alexander Gauland, has criticized Mr. Gedeon for his publications, he still comes to the defense of Bernd Höcke, whose comments are also rather questionable.

The AfD parliamentary leader in Stuttgart and national chairman, Jörg Meuthen, is at strife with party chairwoman Frauke Petry. Both lack a clear stance on anti-Semitism. The fact is that Mr. Meuthen has tolerated Mr. Gedeon in his parliamentary group for a long time. According to the German daily newspaper FAZ, Mr. Meuthen knew of Mr. Gedeon's views as early as 2013. Still, he did not take a stand against him.

To what extent is AfD composed of anti-Semites?

An exact percentage cannot be determined. The party presents itself as anti-system and anti-establishment. That is how it attracts many people who share the same view of the world, which frequently includes anti-Semitism. So it does not just pertain to individuals but instead, a general tendency.

How do you assess the AfD's attempts at winning over Jews at recruitment events in Paderborn or other German cities?

It does not prove that all of the AfD believes that Jews are equals in society. It is simply strategic thinking. The AfD is afraid to be perceived as anti-Semitic, which equates to being seen as right-wing extremist.

That is how Mr. Le Pen failed in France. The AfD wants to prevent this from happening. At the same time, the party would like to have the Jews as allies against Islam and Muslim anti-Semitism. With Gedeon, we have seen that he makes anti-Semitic comments yet in state parliament he states that is not the problem, but, instead, the anti-Semitic Muslims are.

Incidentally, the recruitment attempts were not successful. The Jewish community is very aware of the fact that it is just a strategy. They feel that anyone who is against Muslims today may be against Jews tomorrow. If the AfD calls for a ban on headscarves, it is implicitly requesting a ban on Jewish kippahs because, in Germany, all religions must be treated equally. It is written in the German constitution.

AfD chairwoman Petry wanted to visit Israel to give a lecture. Can this visit be seen as a sign of rapprochement?

The lecture did not take place. The organizers in Tel Aviv retracted their invitation after they realized who was going to be their guest. But, in Germany, her actions have encountered criticism in the party's base. Party members felt compelled to say she should go there as a private individual and not officially as head of the party. There is simply no consensus on presenting the party in Israel as a pro-Israeli force. There are just too many anti-Israeli and anti-Semitically minded people in the AfD.

The nationalist AfD has promised to file a motion to expel controversial legislator Wolfgang Gedeon from Baden-Württemberg's parliament. Gedeon has called Judaism an "enemy" of the West and downplayed the Holocaust. (21.06.2016)