Muiznieks: Europe is getting ′nastier′ for Jews | Europe | News and current affairs from around the continent | DW | 18.10.2016

Anti-Semitism is on the rise in Europe, with public figures trying to "brush over" past crimes against Jews, CoE human rights chief Nils Muiznieks told DW. The official also urged teaching European values to migrants. 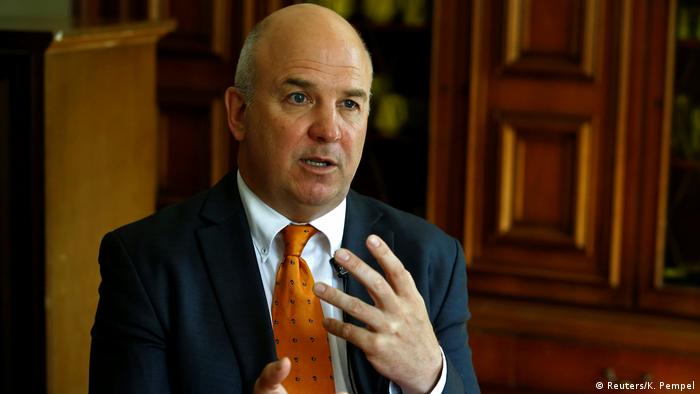 Europeans ignore anti-Semitism "at their peril," according to Muiznieks, who serves as Commissioner for Human Rights of the Council of Europe. The rights' advocate urged nations to stand up to bigots and  Holocaust deniers in a Tuesday statement, warning that the "hate that begins with Jews never ends with Jews."

Speaking to DW, the American-Latvian official points to fear and insecurity in Europe and dangerous links between words and violence.

Deutsche Welle: What prompted you to issue your appeal and urge European countries to take a stand against anti-Semitism?

Nils Muiznieks: In the last two years, I have systematically visited Jewish communities when I am on country visits. They expressed a number of concerns – one is about their security, about being targeted by terrorists, by right-wing extremists and others, but another was how this issue plays out, about trends in revisionism making a comeback in a number of places in Europe.

You are talking about politicians and public figures trying to diminish genocide, to make it appear smaller than it was?

Yes, and also to brush over some of the nasty aspect of the past, which were particularly targeting Jews as victims. In a number of places you have this competition of who can be the bigger victim and sometimes it takes on an anti-Semitic tone because people belittle the suffering of Jews.

It's belittling, it's relativizing, and sometimes it's outright denial, although the outright denial you get more from the extremists than mainstream politicians.

There are officials in several eastern countries who try to romanticize their WWII regimes and excuse their crimes.Why do you think this trend is so noticeable now?

I think that part of it is how the politics of memory is playing out. Early on (after the fall of the Berlin Wall , the ed.) you had a number of people on very good behavior because they wanted to join the EU, the Council of Europe and NATO, and some of these voices were muted, or silenced. But now, they have come out again. Another is about the rising tide of conservative, backward-looking, political forces in a number of countries in Europe, which I contribute to a number of different factors. One is fear and insecurity, so people are looking back to traditional conservative values as a kind of guidepost. Another is that some of these people feel emboldened by the rise of right-wing populists all over Europe, who used to be very fringe players and now they have become mainstream.

Why do you think people persist in disputing the Holocaust?

They are trying to pander to a certain public which is looking for a scapegoat and perhaps they think they are being bold in saying shocking things.

Some are doing it as a way to provoke, others are doing it because they believe it. Until recently they were not allowed to say this, or they have been silenced by colleagues and the general atmosphere, but the atmosphere has changed, has gotten nastier, and these people who like to provoke will always find an audience happy to buy prejudice and bias.

What is the danger if the countries don't take action to fight anti-Semitism and xenophobia?

I have a striking memory of a friend who was killed by neo-Nazis in Russia, about 10-15 years ago, who told me: It's quite scary when swastikas become a feature of the landscape that you see everywhere because than nobody sees them anymore. And that's the same thing with anti-Semitism and especially Holocaust denial – once it becomes normal, than people don't see it and people don't object.

The dangerous thing is that many people don't realize there is a link between speech and action. We saw this most prominently in the recent Brexit debate – we had a discourse about migration, which was so intolerant that it lead to a huge spike in hate crimes immediately after the referendum. So my fear is that, if we have holocaust denial and anti-Semitic discourse, it would lead to anti-Semitic action as well all over Europe. And we have to stop that before it happens.

Can you elaborate on these measures you think countries should taketo fight hate speech and anti-Semitism?

I think there is a whole package of tools – you have criminal law, which can be used to punish people, you have educational tools, teaching the Holocaust, commemorating the Holocaust, and the Council of Europe, the OSCE, the EU all have good tools in that regard.

Regarding the Internet, it's clear that you need cooperation between governments, private internet companies and civil society in order to move forward. But I think politicians bear a huge responsibility here as well.

Another thing, of course, is on integration, to make sure that new arrivals into Europe understand our history and values, and don't contribute to indigenous anti-Semitism and intolerance. But it's a two-way street, there is a lot of ingenuous intolerance that needs to be addressed as well as that among new arrivals.

This applies to immigrants, mostly of Muslim faith, arriving to Europe?

I don't want to stigmatize all people arriving into Europe, and we have plenty of our own indigenous anti-Semites. But, one concern I sense among Jewish communities is about the integration of the new arrivals. They said: Listen, it's important that we help the new arrivals find their way in society and that they learn about European history, human rights' values, because very often they come from places where this is a very foreign concept, so we have to help them.

Do you think this could be achieved through measures such as integration courses?

You have integration courses offered in many places, but I think the key thing is to get children into inclusive education systems as quickly as possible and not to allow isolated communities to emerge among new arrivals. It's important to get people into the mainstream as quickly as possible, into mainstream work, education, social life. Segregation and isolation lead to emergence and strengthening of prejudice and stereotypes on all sides.

Nils Muiznieks has served as Commissioner for Human Rights of the Council of Europe since 2012.

Eric Zemmour, who plans to run for president in April, has been fined for remarks about young migrants made in 2020. He accused the youngsters universally of being "thieves, killers and rapists."

In a DW interview, Israeli Ambassador Yacov Hadas-Handelsman condemns anti-Semitic statements made by individual Hungarian politicians. Overall, however, he praises the Fidesz government.