Germany's foreign minister said the upcoming Ukraine summit was "the best opportunity in a long time" to help resolve the conflict in the country. Kyiv is apparently ready to accept a "reasonable compromise." 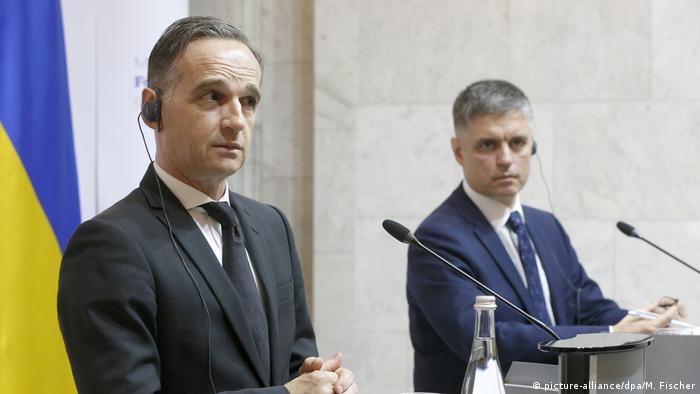 German Foreign Minister Heiko Maas held preparatory talks in Kyiv on Tuesday ahead of highly-anticipated negotiations in Paris on the Ukrainian conflict.

"We have to end this arbitrary line that divides people — it has already been a reality for too long in this country," Maas said at a joint press conference with his Ukrainian counterpart.

"People need a cease-fire, and one that actually deserves its name," he added.

Ukrainian Foreign Minister Vadym Prystaiko said that Kyiv would head into the "Normandy" format talks with Russian, German and French leaders with an "open mind."

"We are going to the Normandy meeting with open ideas, an open mind, ready to accept a reasonable compromise," Prystaiko told reporters.

'Best opportunity in a long time'

The new Ukrainian leader has made resolving the conflict in Ukraine's eastern Luhansk and Donetsk regions on the border with Russia a top priority. He'd previously criticized Merkel in a phone call with US President Donald Trump for not doing enough.

"We now have the best opportunity in a long time to finally take decisive steps towards a resolution of this crisis," Maas said ahead of his trip.

Germany and France have been trying to mediate between Kyiv and Moscow in the so-called Normandy format since 2014.

In a possible gesture of goodwill ahead of the talks, Russia released three Ukrainian naval vessels that it seized last year just ahead of Maas' trip to Ukraine.

At the time, Russia accused the Ukrainian navy of trying to stage a "provocation" and illegally entering Russian territorial waters, while Ukraine describes the incident as an act of Russian aggression.

Over 13,000 people have been killed in fighting in eastern Ukraine since the conflict erupted in 2014, according to figures from the United Nations.