German coalition talks have continued as parties clash on migration and the environment. The Merkel-led conservative block, the Greens and the market-friendly FDP had until Sunday evening to reach common ground. 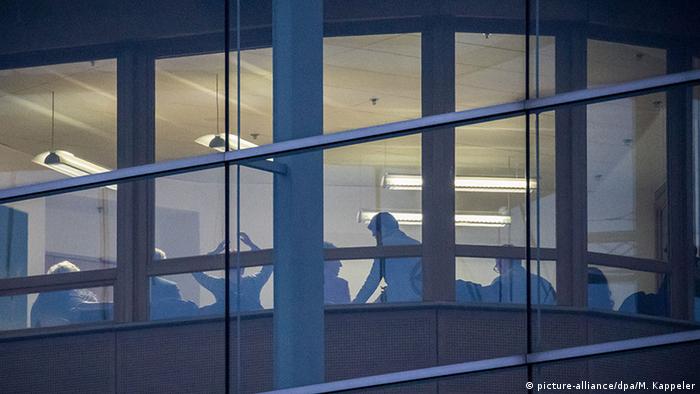 The discussions between the four sides have moved beyond the self-imposed deadline of 18:00 local time on Sunday. Merkel and CSU leader Horst Seehofer were to meet with leaders of the Greens after the parties deliberated among themselves during the afternoon.

They said the talks would be concluded by Sunday evening, with or without an agreement. After four weeks of discussions, the parties are believed to remain far apart on the key issues of climate change, focused on the phasing out of coal, and immigration.

"Today is the last day of these exploratory talks. We must decide," CSU leader Horst Seehofer said on Sunday.

Pressure has been mounting on the four parties to reach a preliminary agreement and open official talks on the Jamaica coalition. The informal name comes from the official colors of the three parties – black for the conservatives, green for the environmentally friendly Greens, and yellow for the FDP, which are also featured on the Jamaican flag.

Read more: What are the sticking points in Germany's coalition talks?

Ahead of the talks, Chancellor Angela Merkel urged MPs to redouble their efforts, stressing that "the task of forming a government for Germany is so important, it really is worth the effort."

Senior CSU party official Alexander Dobrindt, who serves as transport minister in the outgoing cabinet, described the situation as "difficult."

"We'll stick with it," he said on Saturday. "If a chance [for the coalition] presents itself, we are ready to take it, but not at all costs."

For over a month, the conservative CDU/CSU bloc and the two other partners have been trying to decide whether they can form a viable coalition government. Their deadline to end exploratory talks — a precursor to formal negotiations — had previously been set for early Friday morning.

A so-called "Jamaica coalition" has previously worked at the state level, but has never been attempted at the federal level.

Read more: Angela Merkel's coalition talks for next German government - what you need to know

Although the CDU/CSU received the most votes in Germany's national election on September 24, its surprisingly low result (32.9 percent) meant that the conservatives needed the FDP (10.7 percent) and the Greens (8.9 percent) in order to represent over 50 percent of voters.

Attempts for Merkel's conservatives to form a Jamaica coalition are crucial as the SPD has so far refused to take up talks to form another grand coalition.

Read more: Germany's political parties - what you need to know

The last four years of CDU/CSU and SPD rule led to criticism — and a backlash in the polls — from voters who thought the parties had become too similar and ineffective while working together in the grand coalition.