A new cultural program in Berlin seeks to integrate Muslim migrants through art and culture tours of museums. The program has exceeded expectations, with the number of tours doubling. 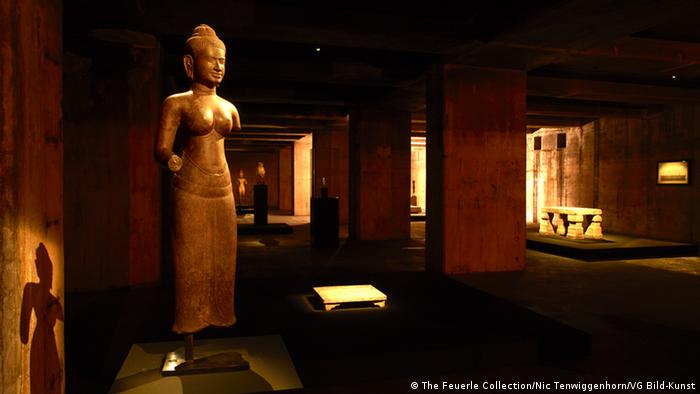 Critics have wondered aloud how Germany will integrate the more than 1 million migrants it has taken in since 2015 - the answer, in part, is art.

As part of Germany's integration initiative the Prussian Cultural Heritage Foundation launched a project to train new arrivals to be Arabic language museum guides for their fellow refugees.

So far the project has exceeded organizers' expectations, attracting many migrants with backgrounds in art, eager to be guides, and thousands of refugees curious to learn about what they hope will be their adoptive country, as well as their own.

Migrants with advanced degrees often find themselves locked out of their specialties in their adopted country. So those with art backgrounds leapt at the opportunity to work in their field here in Germany. 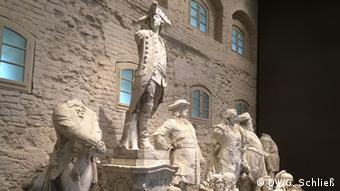 Mohamed Al-Subeeh was an art restorer at a prominent museum in Syria. The 64-year-old figured his art career was over when he was forced to flee his war-torn country.

"I loved my work in Syria," he told AFP news agency. "Being a guide here (in Berlin) makes me feel like I'm getting a bit of my life back."

Because of their refugee status the migrants are not allowed to work full-time, but the museum guides are paid the same rate as their German counterparts, according to the program's co-ordinator, Robert Winkler.

So far the program has taken on 19 migrants for training and guiding. Since December more than 3,000 refugees have seen various exhibitions about Germany's tumultuous past, as well as Middle East history.

The program, known as Multaka, is growing but is limited by funding, Winkler tells DW. 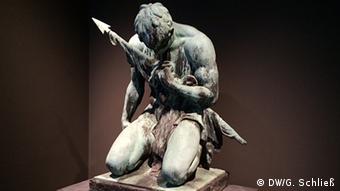 It started out with one tour a week, but a second has been added because of the high demand.

"We didn't expect so many people," he said.

But he attributed the high turnout to "a need for a program like this for people to learn about their country's culture."

The next expansion plan for the program is to introduce "intercultural workshops" that will give migrants and native Berliners a chance to get to know each other.

How far the program develops will largely depend on funding. Last year the German government allocated just 30,000 euros (a little over $34,000) to the program, but that is supplemented with private donations and foundation money.

This year the government nearly tripled funding to 85,000 euros, but Winkler did not disclose the project's overall budget.

So far the project is limited to a handful of museums in Berlin. Much as he would like to develop the program nationally, Winkler said he simply doesn't have the resources to do it right now.

Opinion: Preserving a republic while the refugees come

Refugees will fundamentally change Europe. That is why it is important to reflect on policies to prepare for the arrival of even more people. The values of the republic must endure, DW's Kersten Knipp writes. (29.04.2016)