The CSU, sister-party to Angela Merkel's CDU, is holding its annual Bavarian retreat to meditate on the conditions for upcoming coalition talks. The conservative party is likely to make a few tough immigration demands. 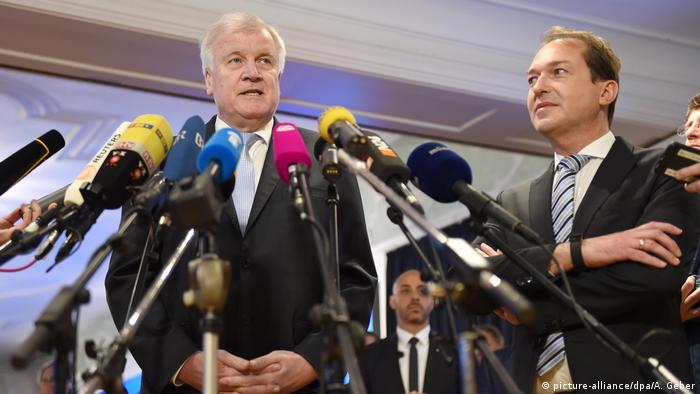 The CSU Bundestag members will be talking until Saturday in Kloster Seeon, a tiny lakeside idyll not far from the Austrian border, with a whole series of matters to settle ahead of next week's grand coalition talks, due to begin in Berlin on Sunday.

The CSU bigwigs went into their retreat warning the center-left Social Democratic Party (SPD) that it would have to make some concessions. After all, the SPD, with its historically poor result of 20.5 percent in September's election, had initially intended to withdraw into opposition for this legislative period.

Read more: German political parties - what you need to know

"A 20-percent party can't enforce 100 percent of its aims," said Alexander Dobrindt, head of the CSU's Bavarian faction and until recently the German transport minister.

CSU leader Horst Seehofer — who is about to bow out of his other position as Bavarian state premier in favor of the younger Markus Söder — struck a similar tone: "I will personally do everything I can to make sure this coalition comes together," he said. "This project can work out if the potential coalition partners don't overreach." 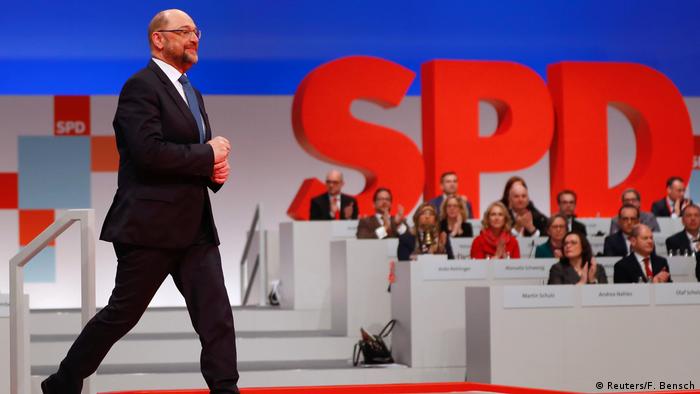 Seehofer and Dobrindt were among the handful of leaders of Germany's biggest parties who met on Wednesday night to agree the timetable for the exploratory talks. A joint statement by the parties read, "The trust has grown, we will start on these negotiations optimistically," though Dobrindt came out with a word of warning for the Social Democrats via the Bild newspaper: "I want this coalition with the SPD — but only with an SPD that knows how to spell full employment, security, and modernization, and not an SPD that just rummages in the socialist trunk."

As usual for German party politics over the past two years, immigration policy was top of the agenda — and the most likely sticking point — especially the thorny issue of suspending the policy of reunifying refugee families.

On Wednesday, leading criminologists commissioned by the German government produced a study arguing that family reunification would be an effective method to counteract crime among young migrants.

Nevertheless, the CSU is committed to keeping the government's current suspension in place, and Dobrindt argued that the September's election result — in which in the anti-immigrant Alternative for Germany (AfD) became the third biggest party with 12.6 percent of the vote — showed that Germans did not want to see another surge in immigrants like the one in 2015 and 2016.

This might stick in the throat of the SPD base, who, for their part, are demanding a more left-wing approach this time around as the price for joining a new centrist government with Merkel. But the CSU — themselves under pressure from the AfD with state elections looming in Bavaria this year — has other demands to make.

A CSU paper quoted in the Handelsblatt newspaper shows that the party also wants to cut benefits for asylum seekers (another measure that critics say will drive many to crime), and only allow new arrivals to be granted any kind of protection once their identity has been conclusively proved. The CSU is also in favor of the medical age tests that doctors criticized this week as unethical.

Even the policies that are not directly related to immigration are still motivated by immigration fears. On Europe, for instance, the CSU (like the AfD) is strictly against closer inter-European ties, and especially what SPD leader Martin Schulz recently called for an eventual "the United States of Europe."

Similarly, the CSU also wants an immediate end to EU membership negotiations with Turkey, while it wants asylum procedures — including deportations — to be carried out on Europe's borders — which of course would make things much easier for Germany.

In other areas, the CSU is remaining true to its long-established plan of promoting the nuclear family — specifically by demanding a rise in children's allowance of €25 ($30) a month.

But there are other knots between the CSU and the SPD that might need untying — such as the weed killer glyphosate. The CSU Agriculture Minister Christian Schmidt recently angered the SPD by overriding their Environment Minister Barbara Hendricks in a recent European decision over the controversial herbicide.

As to how things will pan out in the upcoming talks, it may be a while before we know. One lesson that the politicians seem to have learned from the calamitous failure of the Jamaica coalition talks in November was that incremental media briefings don't help: According to Der Spiegel, the CDU, CSU, and SPD also agreed on Wednesday that they would not provide reporters with updates on the state of coalition negotiations.

Germany's conservative CDU and CSU: Happy together, for now

Two years since her humiliating dressing-down, Angela Merkel was back as a guest at the CSU party conference. But how long can the unity between Germany's conservative parties last? Kate Brady reports from Nuremberg. (15.12.2017)

Horst Seehofer has been re-elected as Christian Social Union (CSU) leader and Markus Söder is to stand in the Bavarian election. But can a change of face at the top bring back voters? Kate Brady reports from Nuremberg. (16.12.2017)

The Free Democrats have abandoned talks with Angela Merkel's Christian Democrats and the Greens. DW has the best quotes from the night that rocked German politics. (20.11.2017)