Leader of Germany's Social Democrats Martin Schulz has called for a "United States of Europe" by 2025. But what did he mean? And where does that lead the SPD? The former European Parliament president told DW more. 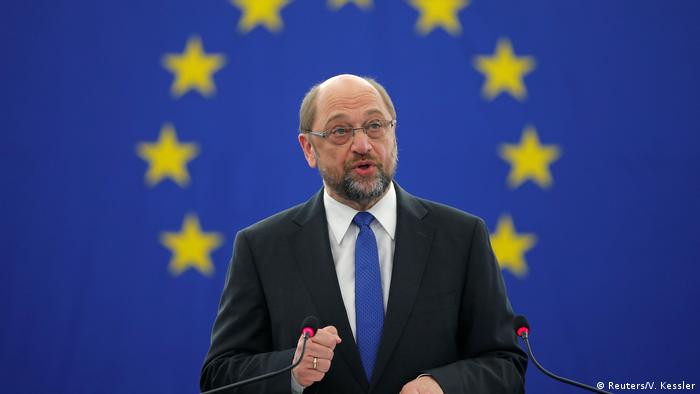 "Daydreamer," "Europe radical," "the best way to destroy the EU:" these were just some of the comments thrown at Social Democrats leader Martin Schulz by media and opposition politicians after he proposed the establishment of the "United States of Europe" at the SPD's party conference on Thursday. Only eight years from now, Schulz's envisioned treaty would also see member states who don't agree politely asked to leave.

Returning to the stage for day two on Friday, the former European Parliament president defended his proposal, calling on the 600 present delegates to "once again develop a passion for Europe."

"Economic, cultural, social and political integration: The best protection against fascism, war and anti-Democrats," he added, prompting rapturous applause across the conference hall.

If the overwhelming response was anything to go by, the Social Democrats seem largely united on the issue — unlike the evident division a day earlier over whether they should enter exploratory coalition talks with Chancellor Angela Merkel and her conservatives.

How about a united SPD?

In an interview with DW at Friday's party conference, Schulz brushed off accusations of division in the SPD.

"Our proposals tabled yesterday, unanimously adopted by the bureau of the party, for the opening of negotiations — first of all about content, about improving the domestic situation in Germany and the situation in the European Union — got an overwhelming majority, around 90 percent. That opens a path for open-ended negotiations, for sure," Schulz said. 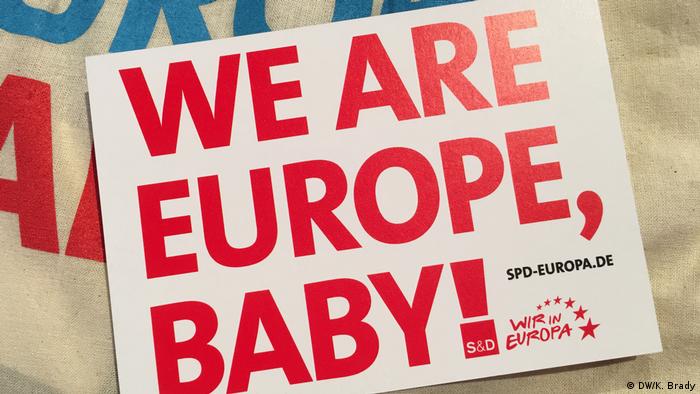 'We are Europe, Baby!' — Postcards were handed out at the SPD party conference by SPD Europe

With the SPD's top names due to meet with Merkel and her conservatives on Wednesday, Europe now looks to be one of the Social Democrats' key issues at the table. So far, however, Merkel's conservatives have been reluctant to show any desire in supporting the proposals for EU reform, suggested by French President Emmanuel Macron — including an EU finance minister.

"Discussing — especially after Brexit — how the remaining 27 EU states can improve the basis of the cooperation that's the Lisbon Treaty, which is visibly not sufficient for solving a lot of problems we have internally, and international relations. That's what I mean with the United States of Europe," Schulz told DW.

"It wouldn't be a kind of United States of America on European soil."

But not everyone's entirely convinced. Michelle Rauschkolb, who sits on the national board of Jusos — the SPD youth wing — told DW that although she supports Schulz's call for closer cooperation between EU member states, the SPD should be concentrating right now on redefining its image after the party's disastrous showing in September's elections, where they walked away with just 20.5 percent of the vote.

At the same time, she added that moving Europe into the foreground of the SPD's agenda could be useful in pulling back voters, especially among Germany's youth.

"We've seen the demise of Social Democrats across Europe, so it's important for us, as Germany's Social Democrats to encourage a better, closer Europe. It's our job to push on improving social issues in Europe." 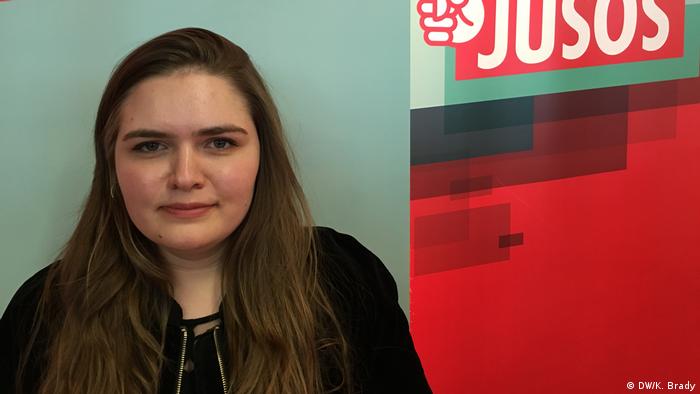 Michelle Rauschkolb sits on the national board of Jusos — the SPD's youth wing.

Echoing Schulz's sentiments over the SPD's unity, however, was Member of the European Parliament and Chairman of the SPD in the EU, Jens Geier.

"The party isn't divided," he told DW against a backdrop of postcards and free drawstring bags for party conferencegoers, emblazoned with the words: "We are Europe, baby!"

"Everyone is entitled to a different opinion. And these exploratory talks with Merkel's conservatives sets nothing in stone about a grand coalition," Geier said, adding that Europe would play an important role in any discussions.

Read more: What you need to know about another Angela Merkel-led grand coalition in Germany

"The fact alone that the topic of Europe has been put so high up on the agenda is a new quality for the SPD," he said, referring to the party's ongoing attempts to redefine itself. 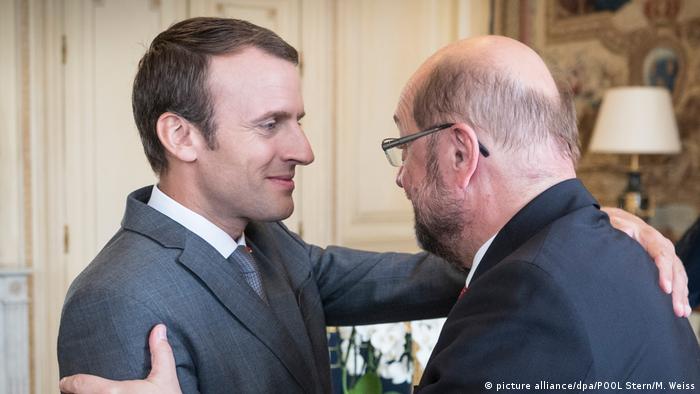 "Look at all the proposals put forward for EU reforms from French President Macron. And what have we heard from the conservatives? 'No'."

With Macron and Schulz's political relationship blossoming — the French president even encouraged Schulz last week to form a grand coalition with Merkel — Geier was quick to add: "Macron's not one of us."

"We don't have to sign everything he says, but he's the only president in the EU actively calling for reform and more cooperation right now. So the least we can do is be open to talks with France," Geier said.

But before the Social Democrats get anywhere near talks with their French neighbors, first come Wednesday's talks, a little closer to home, with Merkel's conservatives. Schulz, however, is in no rush.

"We have no need to speed up," he told DW. "Especially considering the fact that the so-called 'Jamaica' allies crashed completely with negotiations. They took two months to disagree."

Bearing the leisurely pace in mind, while there might be no "United States of Europe" by 2025, Germany might, if it's lucky, at least have a new government.

Political buzzword "Jamaika-Aus" is German Word of the Year, 2017

In a year that has been full of political extremes, buzzwords that highlight government collapse, movements for marriage equality and women's rights are some of the German words of the year in 2017. (08.12.2017)