A top official has said Germany will not ban Hezbollah's political wing following Britain's decision to do so. Germany is under pressure from the United States to take hard action against the Iran-backed Lebanese group. 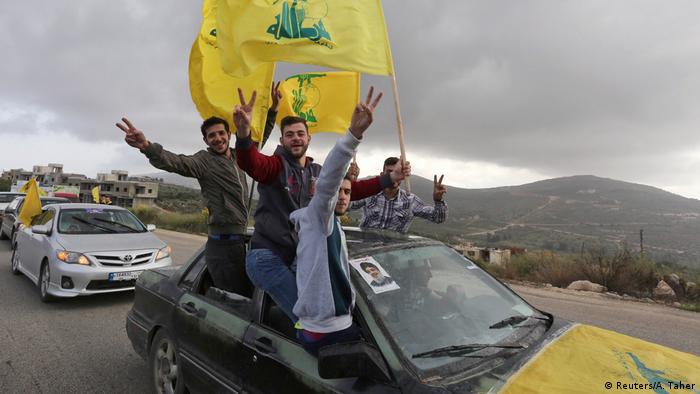 Niels Annen, deputy minister in the Foreign Ministry, told newsmagazine Der Spiegel that the Iran-backed Shiite Islamist movement is a relevant factor in Lebanese society and part of the complex political landscape in the country.

The comments come after Britain last month banned Hezbollah in its entirety, accusing the movement of destabilizing the Middle East.

"The British move is a national decision that has no direct impact on the position of the German government or the EU," Annen said.

The European Union had already added Hezbollah's military wing to a list of banned terrorist groups in 2013.

Hezbollah is represented in the Lebanese parliament and holds three of 30 ministries in the government led by Western-backed Prime Minister Saad al-Hariri.

The movement's armed wing has expanded its influence in recent years in Lebanon and Syria, where, alongside Iran and Russia, it backs the regime of Syrian President Bashar Assad. In Lebanon, it is considered to be more powerful than the Lebanese army.

Earlier Friday, Hezbollah leader Sayyed Hassan Nasrallah said other countries may follow Britain's example at a time when the US is ratcheting up sanctions pressure on the group.

"The sanctions and terror lists are a form of warfare against the resistance and we must deal with them as such," he said in a televised speech, calling on the "popular base" to support the movement with donations.

"It is the responsibility of the Lebanese resistance, its popular base, its milieu," to confront these measures, he said.

Hezbollah's resurgent military strength and possession of a vast array of missiles has worried Israel, raising the prospect of a renewed war between the two sides.

Annen, who spoke to Der Spiegel after a visit to Lebanon, rejected US criticism that Germany was not doing enough to counter Iran's influence in the region. He said Berlin's foreign policy remained focused on finding political solutions to complex situations.

Germany and the EU have sought to save the 2015 nuclear agreement with Iran, setting up an alternative financing mechanism to allow trade with Tehran despite unilateral US sanctions.

Lebanon is host to nearly 1 million Syrian refugees, some of whom have started to return home as the war in the country winds down. The humanitarian crisis has made the safe return of Syrian refugees an important issue for Germany.

The UN peacekeeping force UNIFIL has confirmed the existence of tunnels under the Lebanon-Israel border. The announcement comes as the Lebanese and Israeli armies had a tense standoff along the border. (18.12.2018)

Could Germany act as mediator between Israel and Iran?

The recent Israeli airstrikes in Syria have sparked concerns of a direct confrontation between Israel and Iran. DW spoke with Middle East expert Gil Murciano about the conflict, and Germany's potential role as mediator. (12.02.2018)

Lebanon, it seems, is close to political and economic paralysis. Rampant corruption, poor health care, and soaring unemployment have turned the country into a powder keg. Anchal Vohra reports from Beirut. (22.01.2019)