More and more rejected asylum-seekers are being sent back to Tunisia, Morocco and Algeria, according to a new report. The German government wants to designate the countries as "safe" in order to accelerate the process. 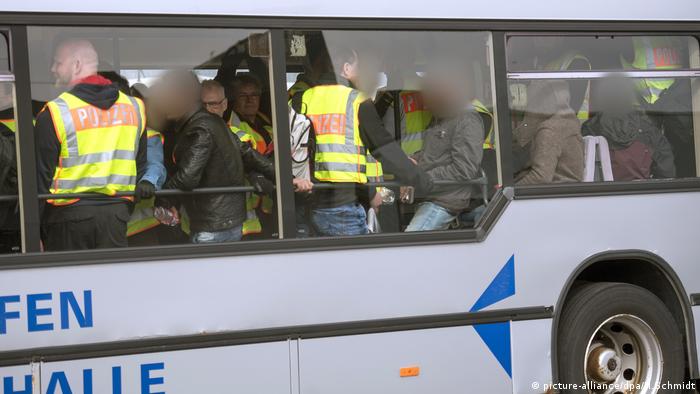 Last year saw a 35 percent rise in the number of people deported to the Maghreb states of Morocco, Algeria and Tunisia, the Rheinische Post daily newspaper reported on Friday, citing the German Interior Ministry.

Germany deported a total of 1,873 rejected asylum-seekers to the northern African countries last year, compared to 1,389 in 2017.

The number of deportations to the region last year was nearly 14 times higher than in 2015, the paper reported.

Morocco saw the most dramatic increase, with the number of deportees rising from 634 to 826.

Last year also saw a jump in deportations to other African countries, including Ghana and The Gambia, according to the ministry data.

Some 422 people were sent back to Russia last year, up from 184 from the previous year. India also saw a big jump in the number of deportations last year, from 32 to 212.

Controversial deportations to Afghanistan also rose, up from 121 to 284.

The German government has been pushing for Tunisia, Morocco and Algeria to be added to the list of "safe countries of origin." Berlin argues that doing so would help speed up the asylum application process — as well as deportations.

Their efforts stalled last week when the upper chamber of the German parliament, the Bundesrat, rejected a draft law to add the three countries and Georgia to the list.

Save the Children: Afghanistan is not safe for children

Recruitment attempts by extremists, violence, a lack of support — the Save the Children aid organization reports about the plight of people returned to Afghanistan as minors. Programs must be reassessed, the group found. (16.10.2018)