Save the Children: Afghanistan is not safe for children

Recruitment attempts by extremists, violence, a lack of support — the Save the Children aid organization reports about the plight of people returned to Afghanistan as minors. Programs must be reassessed, the group found. 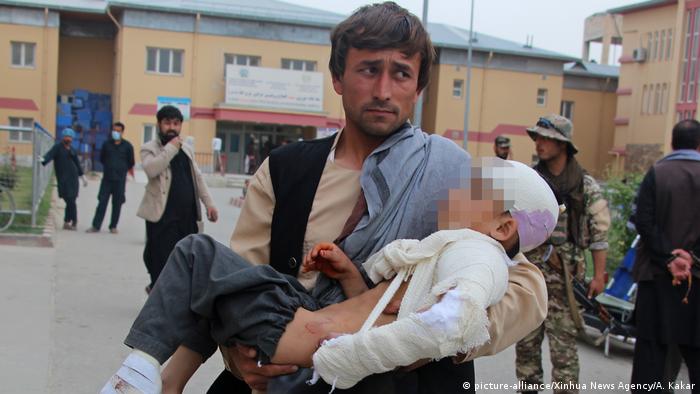 DW: We don't have reliable figures on the number of minors returned to Afghanistan from the European Union. How difficult was finding the children you interviewed for your report?

Meike Riebau: That was in fact quite difficult. We always talk about invisible children. For one thing, they are stigmatized, which means that many won't reveal that they are returnees. For cultural reasons, it was even more difficult to reach out to the girls. We worked with partners in the area and took it a step at a time. Basically, the search was one of the biggest challenges. We've taken a first step, but this is by no means a complete quantitative study. We also feel it is now up to the governments to take further steps based on these findings.

You spoke to 57 minors for your report, From Europe to Afghanistan: Experiences of Child Returnees. Which stories touched you the most?

I thought the story of the kids who weren't allowed to tell anyone that they had lived in Norway and who were not allowed to speak Norwegian was really sad. It might sound harmless, but these are children, they don't have much of a past yet, and that has a lot to do with how they see themselves and their identity. Then, there is the story of the teen who witnessed a terror attack on the Intercontinental hotel in Kabul on the evening after his arrival in Kabul — I was totally shocked. Meike Riebau, a lawyer, is co-author of the report. She researches escape and migration for the German branch of Save the Children

What are the experiences that most children shared?

More than half of the children suffered intimidation and violence in the returnee process, at a time when they were clearly protected by the European states: They were handcuffed and taken away by police without knowing what crime they had committed.

Extremist groups in Afghanistan tried to recruit one in five returnees as child soldiers to make them commit terror attacks. The number of unreported cases is most probably much higher because, obviously, we were only able to speak to children who weren't successfully recruited.

In addition, no one seems to care about the consequences of what they went through: They have no one to talk to about the fear, depression, anger and grief. Germany has outreach clinics, but in Afghanistan such matters are solved within the extended family network. And, if the children have no one there they can turn to, they have no one at all and are completely alone.

Once the children are in Afghanistan, the EU hands off all responsibility?

As far as we can tell from the stories, EU member states say their responsibility ends in Afghanistan. The answer we usually get from the EU and the governments is that cooperation agreements exist. Colleagues on the ground and in our local Afghan office, however, say that no one follows up on these agreements. In theory they exist, but things are quite different in reality. That matches what the children tell us.

So the message you are sending to the EU member states, including Germany, is: Afghanistan is not safe — do not deport children there?

Germany has voluntary returnee programs [for children]. We feel that they are questionable because they use financial incentives. The earlier a child decides to return within the asylum process, the more money they are offered. It is hard for children who are under immense pressure to make an informed decision. And, then, we simply have to say that Afghanistan is not safe. At the moment, the children cannot live a life fit for human beings there and as long as that doesn't change, no one should be returned to Afghanistan.