In a bid to speed up deportations, the lower house of Germany's parliament has voted to change the status of Algeria, Tunisia, Morocco and Georgia. But the new rules could still be blocked by the opposition Greens. 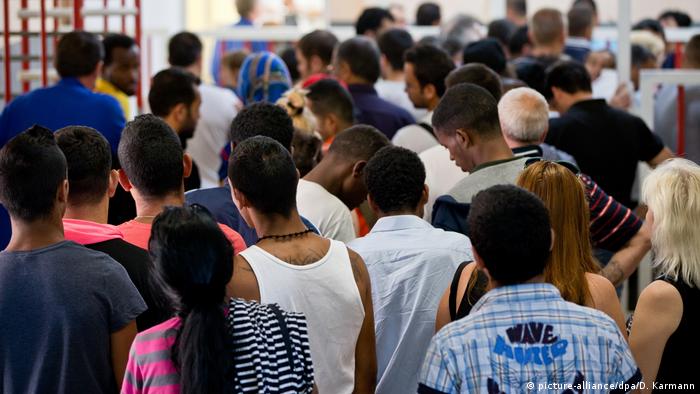 The legislation changing Germany's asylum law passed with the votes of the grand coalition of conservatives and Social Democrats, with the far-right populist Alternative for Germany (AfD) and the center-right Free Democrats also supporting the changes.

Under the new rules, Algeria, Morocco, Tunisia and Georgia would be presumed to be safe countries, making it very difficult for their nationals to apply for asylum in Germany. Introducing the legislation to the Bundestag, conservative Interior Minister Horst Seehofer argued that the amendments only acknowledged what was already a reality.

"Countries of safe return are those where refugees have a very remote chance of being granted asylum," Seehofer told parliamentarians. "Classifying countries as such accelerates the asylum application process and allows us to terminate stays in Germany when applications are rejected."

Seehofer pointed out that applications from the four countries in question had very low success rates, ranging from 2.3 percent in the case of Morocco to a mere 0.3 percent for Georgia. He also argued that the new rules would allow Germany to concentrate its asylum evaluations on those in need.

"That's the deeper sense behind this legislation," Seehofer said. "We can then devote more time, concentration and more energy to deal with applications from people truly needing protection and to integrate them into our society."

But before that can happen, the government needs to the cooperation of a party that rejected Friday's legislation.

The vast major of laws with a widespread impact in Germany requires the approval of the upper house of parliament, the Bundesrat, which is made up of representatives of Germany's 16 federal states. With the Greens forming parts of the government in nine of those states, they're in a position to scupper the deal.

The left-leaning environmentalists joined the Left Party in emphatically rejected Seehofer's proposed legislative changes in the Bundestag. They say the amended law would do nothing to improve Germany's asylum procedures.

"I personally find the worst thing about this debate is that it tries to trick people in Germany into thinking that the reclassification of these four countries can potentially solve the problems we do indeed have with our asylum policies," asylum affairs spokesman Luise Amtsberg.

Amtsberg added that the rule changes would only affect a "next to nonexistent" percentage of those people applying for protection in Germany. She pointed out that the number of applicants from the four countries in question had declined by 85 percent since 2016, while the number of deportations had risen by a factor of ten.

For example, 504 Algerians were deported in 2017 compared with only 57 in 2015 – that's according to official Interior Ministry statistics. 1910 Algerians applied for asylum in Germany in 2017. Official numbers from the other two Maghreb states – Morocco and Tunisia – reflect the same trends.

"Stop trying to portray this issue as a question of Germany's destiny," Amtsberg told her Bundestag colleagues. "That's simply not the case. 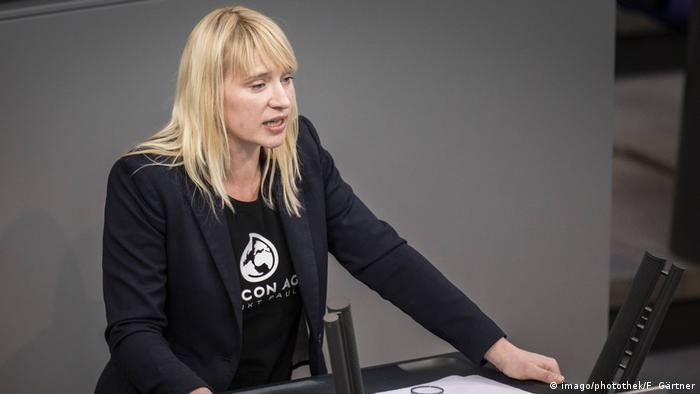 Wider implications for the political landscape

The disagreement between the government, led by Angela Merkel's conservatives, and the Greens has political ramifications that go beyond asylum policy.

With the dwindling of support for the traditional heavyweight German political parties, the conservative CDU-CSU and the Social Democrats, it has become increasingly fashionable to speculate that the next government could be an alliance of conservatives and Greens.

So-called black-green coalitions are in place at the regional level in the states of Baden-Württemberg and Hessen, where the governments have drawn generally good reviews. And the two parties cooperate in governing coalitions in Saxony Anhalt and Schleswig-Holstein as well.

"In what sense are you trying to persuade us to join you?" Amtsberg asked of conservative deputies. "You haven't listened to a single one of our arguments."

The Green Party leadership has signaled some willingness to compromise in the interest of speeding up deportations. A litmus test for whether common ground can be reached will come when the Bundesrat votes on the changes to Germany's asylum law. The Greens shot down similar legislation in Germany's upper house of parliament in 2017. The new draft law could come up before the Bundesrat as early as February 15.