People from Germany's list of "safe" countries rarely have the right to asylum. DW looks at what the list means with regard to asylum law in Germany and why some view parts of it with skepticism. 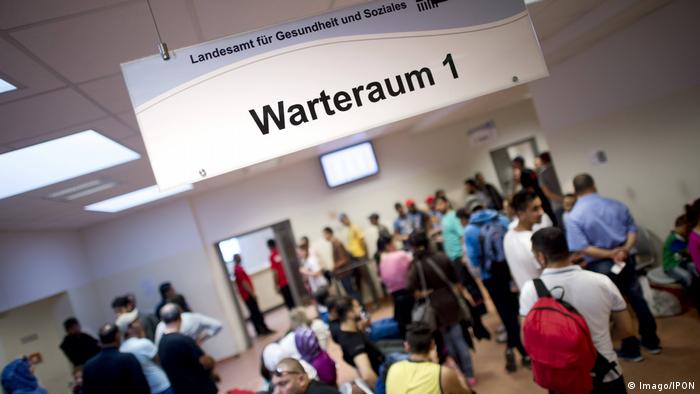 Germany's constitution defines as "safe countries of origin" the ones "in which, on the basis of their laws, enforcement practices and general political conditions, it can be safely concluded that neither political persecution nor inhuman or degrading punishment or treatment exists."

Countries deemed by the German authorities as "safe" include all EU member states as well as a list of countries adopted by both chambers of the German parliament. Countries on the list are ones from which a substantial number of people come to apply for asylum in Germany, which explains the absence of others, such as the United States or Australia, whose nationals are unlikely to do so.

If the security or political situation changes so a country is no longer deemed safe, the German government may reassess the situation and issue a decree to remove it from the list for a maximum of six months.

Similarly, a country may be added to the list following a security assessment.

If people come from countries classified as safe by the German government, it means that they are far less likely to have an application for asylum for Germany accepted and far more likely to face deportation. The classification is intended to help speed up asylum decisions by German authorities.

This last aspect has led to criticism from those who feel that individual cases of people from such countries cannot be subjected to an adequate examination when, as the law demands, just one week is given to appeal a rejected application.

Which countries are deemed safe?

The list of "safe countries" appears in the Asylum Act and currently includes:

Serbia, FYROM and Bosnia-Herzegovina were added to the list following the entry into force of a law on November 6, 2014. Albania, Kosovo and Montenegro were added with another law that took effect on October 24, 2015.

The Bundesrat, the upper chamber of the German parliament, rejected a draft law to add the Maghreb states of Morocco, Algeria and Tunisia to the safe list in 2017, but the German Interior Ministry is still hoping to see them on the list soon, along with Georgia.

Critics of efforts to put the Maghreb states on the list say that torture, political repression and insuffieient respect for human rights, including LGBT rights, are still very prevalent there, making any classification as "safe" highly questionable.

The German government has also declared parts of conflict-scarred nations such as Afghanistan "safe areas," although the country as a whole is absent from the current list.

Deportations to Afghanistan have proceeded through a bilateral agreement.

Although Afghanistan is safer now than it was 15 years ago, security threats still persist. Statistics from the United Nations Assistance Mission to Afghanistan (UNAMA) show that almost as many civilians have been killed so far in 2018 as in all of 2017.

Opponents of Germany's policy say Afghanistan is too dangerous for people to be sent there, and that they should be allowed to stay in Germany.

This opposition was highlighted in July when Jamal Nasser Mahmoudi, a 23-year-old Afghan youth, committed suicide upon his return to Kabul.

This happened a day after Interior Minister Horst Seehofer said that there had been 69 deportations in time for his 69th birthday, a statement seen by many as cynical.

The German Interior Ministry has defended its actions, insisting that some areas in Afghanistan can be considered as safe despite an overall volatile security situation.

German law prohibits deportation if individuals are threatened in their country of origin with capital punishment or torture, or if their life or freedom is threatened because of their race, religion, nationality, political opinion, or membership of a certain social group.