The Bundesrat, Germany's upper house of parliament, is considering whether to recognize Morocco, Algeria and Tunisia as "safe countries of origin." Yet LGBT people are still persecuted in all three places. 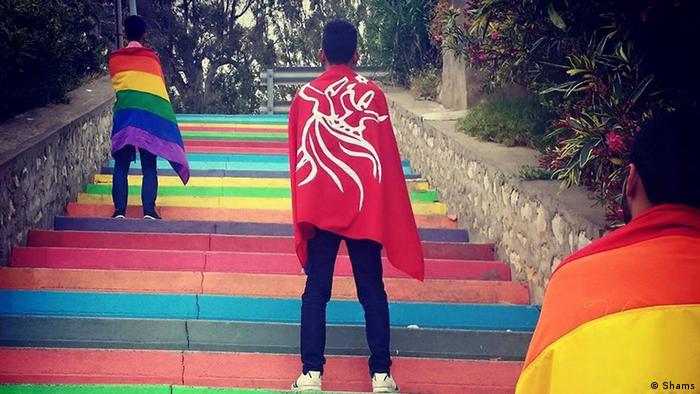 In early January, a young man entered a police station in the coastal city of Sfax, Tunisia and filed charges against two men who he said had raped and robbed him.

At trial in February, the man was sentenced to six months in prison for the offense of homosexuality. He was given a further six months because, in the opinion of the judge and contrary to his statement, he had not been raped but had consented to the sexual acts with the two accused. The two defendants also received six months' imprisonment for homosexuality, and an additional two months for theft.

Mounir Baatour, head of the Tunisian LGBT human rights organization Shams, told DW that such cases aren't uncommon. "Many gays are blackmailed, robbed or sexually assaulted and do not report it to the police," he said. "They're afraid they'll get arrested."

Arbitrary conduct by officials and violence against homosexuals isn't just a problem in Tunisia. Earlier this month, Assil Belalta, a young medical student living in Ben Aknoun, an affluent suburb of Algiers in neighboring Algeria, was found murdered in his room in a student dormitory.

According to a report by LGBT organization Alouen, two people slit his throat and left him to bleed to death, leaving the word "gay" scrawled across his wall. The organization's Facebook page criticized the social climate, saying that "state homophobia is spreading more and more."

Luise Amtsberg , a Green member of parliament and an expert on refugee policy, said that due to the dangers faced by homosexuals face in Morocco, Algeria and Tunisia, her party is opposed to recognizing the Maghreb states as safe countries of origin. The plan was overwhelmingly approved in the lower house of the parliament in January. It has yet to pass the upper house, which shot down a similar move in 2017.

All three Maghreb states list homosexual acts as a punishable offense, for both men and women. "This is an absolute violation of human rights," said Amtsberg. "These rights are fundamental for Germany to consider a country safe." 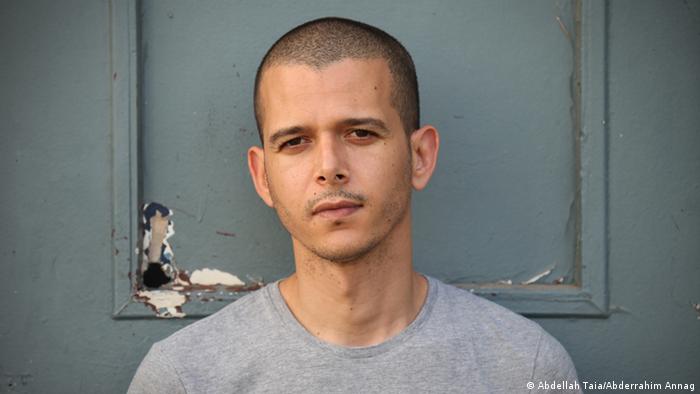 Abdellah Taia directed the film Salvation Army in 2013, which tells the story of a homosexual teen in Casablanca

Defender of the LGBT rights

In North Africa, social resistance to homophobia has slowly been growing. Moroccan author and filmmaker Abdellah Taia was one of the first people to publicly address the problem in the early 2000s.

After immigrating to France, he came out as gay in the liberal Moroccan newsmagazine Tel Quel. At the time, Taia told DW that Moroccan society had only partially opened itself to modernity, but said it remained conservative at the core. Relations between the sexes are strictly regulated. At a certain age, boys and girls are diligently separated from each other.

For Taia, his homosexuality is "a profoundly felt desire"; it has been the focus of his writing in several novels. But Taia doesn't just see himself as an author, but also as a defender of the LGBT rights in Morocco and the wider Maghreb region.

The Bundesrat, Germany's upper house of parliament which represents the German states, was expected to debate the controversial classification of the Maghreb countries, as well as Georgia, as safe countries of origin on Friday. To date, the Bundesrat has been unable to come to a majority decision due to opposition by the Greens, who are not prepared to support the move.

Speaking with DW, Amtsberg said her party was not doing this simply so that German human rights policy remains credible. She argues that if countries with questionable human rights records are labeled as safe, it would basically enable governments to whitewash any violations.

Doing so would also "abandon civil society in these countries, which is already fighting for improvements in this area," she said. "We wouldn't be helping to combat the causes for migration, but instead further exacerbating them."

Discrimination from many sides

The pace at which the legal and social situation for gays and lesbians in the Maghreb states is changing is far too slow, said Baatour of the Shams organization.

Despite a recommendation from a commission last year to legalize homosexuality, Tunisian President Beji Caid Essebsi recently declared he was against abolishing it as a criminal offense.

"There is also pressure from Islamists, who are in favor of putting homosexuals in prison," said Baatour. Amtsberg concedes that social recognition for gays and lesbians in the Maghreb states is probably a long way off. "But at least we can do our part by ensuring that people aren't harshly persecuted," she said.

Bavaria's Social Ministry calls the new center, which opened in Nuremberg on Monday, unnecessary. A ministry spokesman said attacks on gay or straight individuals would not be tolerated. (01.02.2016)