A migration official said the introverted nature of the 18-year-old refugee was at odds with homosexuals "being rather social." The young man feared for his safety in Afghanistan, where homosexuality is illegal. 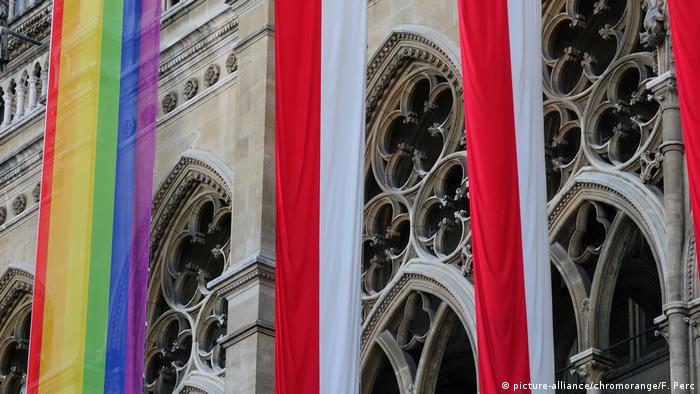 A young Afghan's application for asylum in Austria was rejected over authorities' doubts about his stated sexual orientation, Austrian weekly magazine Falter reported on Wednesday. Officials based the rejection on their belief that he did not "act" or "dress" like a homosexual.

"The way you walk, act and dress does not show even in the slightest that you could be homosexual," the official reportedly wrote. For this reason, the Austrian official found no grounds for the young man to fear for his safety in Afghanistan. The Afghan plans to appeal the decision, Falter said.

In Afghanistan, homosexuality is illegal and considered a crime that carries a maximum sentence of death, according to Sharia law. Homosexuals face rejection from society at large, which considers their sexual orientation immoral.

The young Afghan came to Austria alone in 2016 and was placed in the SOS Children Village refugee camp. Initially, he rested his asylum case on the fact that he was a part of the Hazara minority, which is persecuted in his home country, and later appealed on the grounds of his sexual orientation. Advocates of the teenager said he was initially afraid to come out.

The migration official took issue with the Afghan's behavior problems, the fact that he had been involved in fights at the refugee center and concluded that he had "potential for aggression" that "wouldn't be expected from a homosexual."

In another objection, the official noted that the young man did not have many friends and preferred to spend time in smaller groups or alone. "Aren't homosexuals rather social?" the report read.

The teenager said he had kissed straight men before, but the case officer also doubted this account, saying that if this was true, the Afghan would have received a beating for it, Falter reported.

Asked when he realized that he was gay, the young man said he knew when he was 12 years old. The official questioned the timeline, arguing that was "rather early" and unlikely because Afghanistan was a society "where there is no public sexual stimulation through fashion and advertisement."

Homosexuality tests unlawful in the EU

Austria's Interior Ministry declined to comment on the case on Wednesday that it could not comment on the specific case, but said that it was "not reflective of the [wider] reality." However, the Ministry admitted that the "individual impressions" applicants made on officials were a significant part in the interview process.

"Asylum-seekers must substantiate their reasons for fleeing. There are no concrete rules of proof, but the authorities must show if and why a claim was found to have been substantiated," the ministry said in a statement.

This is not the first time that an asylum case has been denied due to officials' doubts about sexual orientation. Recently, the European Court of Justice (ECJ) delivered a ruling against Hungary in the case of a Nigerian man who had to undergo a psychological test to prove he was gay.

The ECJ ruled that "the performance of such a test amounts to a disproportionate interference in the private life of the asylum-seeker."

The fight to decriminalize homosexuality in India

The European Court of Justice ruled that member states cannot refuse residency to non-EU spouses of EU citizens. However, the court's decision still allows states to decide whether to legalize gay marriage. (05.06.2018)

The 186-kilometer long wall was built after Poland accused Belarus of "instrumentalizing" asylum-seekers in late 2021. Poland's prime minister claimed that the standoff was "the first sign" of Russia's war on Ukraine.