The European Court of Justice ruled that member states cannot refuse residency to non-EU spouses of EU citizens. However, the court's decision still allows states to decide whether to legalize gay marriage. 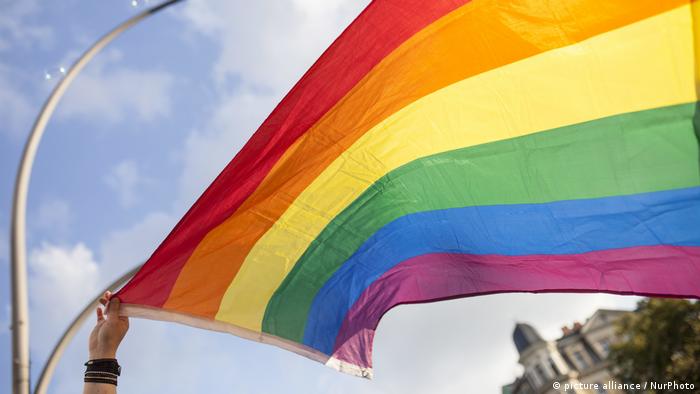 The European Court of Justice (ECJ) ruled in favor of a Romanian man and his US-American husband on Tuesday, saying EU states cannot refuse residence permits for same-sex, non-EU spouses.

The court's decision is likely to ruffle the feathers of several EU member states, particularly in eastern Europe, where same-sex marriage is not allowed.

How did the court rule?

Details of the case: The case concerned Romanian national Relu Adrian Coman and his US-American husband Robert Clabourn Hamilton. The two married in Brussels in 2010, where gay marriage is legal, and contacted authorities in Romania about securing Hamilton a residence permit. Romanian authorities said Hamilton was only allowed to stay for a maximum three months, as gay marriage is not legal in Romania or recognized. They argued that he couldn't be classified as a "spouse" of an EU citizen.

The couple challenged the issue in Romanian legal system, where it rose to Romania's constitutional court. The court then deferred to the ECJ, asking them to rule on whether Hamilton could be considered a "spouse" of an EU citizen.

What does this decision mean for the EU? Tuesday's ruling means that the bloc's currently 28-member states must grant residency permits to non-EU spouses of EU citizens — regardless of their sex. Until this point, the EU's freedom of movement directive primarily applied to heterosexual couples.

The decision stops short, however, of legalizing gay marriage in the European Union as the court said individual members must decide for themselves.

Hot button issue in Romania: Gay marriage and same-sex civil partnerships aren't currently legal in Romania, although the constitution defines marriage as a union between spouses. However, politicians in the country's ruling Social Democratic Party floated the idea of legalizing partnerships between same-sex couples in March. They're also considering holding a referendum in the fall on whether or not to define marriage as a union between a man and a woman in the constitution.

Homosexual couples in Germany will now be able to marry and adopt children under a new law passed by parliament. The move brings Germany into line with several other European countries. (30.06.2017)

A legal advisor to the ECJ said in an opinion that under the EU's freedom of movement directive, the term "spouse" includes same-sex partners. This would apply even if the EU member state does not recognize gay marriage. (11.01.2018)

British nationals living in EU countries are not allowed to vote or run in municipal elections as an "automatic consequence" of Brexit, the bloc's top court said. A Briton residing in France since the 1980s had appealed.