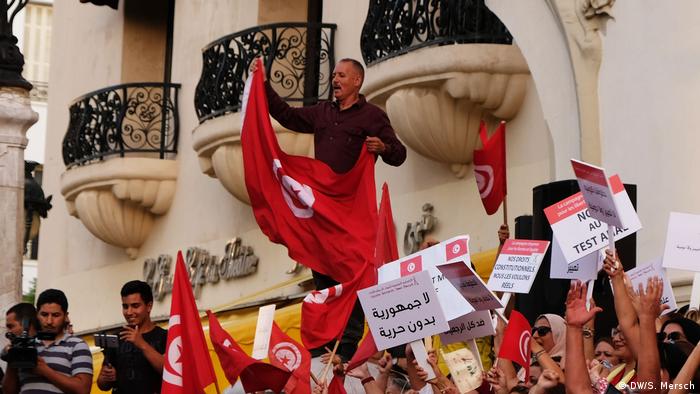 Tunisians are currently debating a series of suggested political reforms on inheritance, gay rights and other social issues that would be unprecedented in the Arab world.

Earlier this week, Tunisian President Beji Caid Essebsi proposed a draft bill which would allow inheritance to be shared equally by male and female heirs. "I propose to make equal inheritance a law," he said in a televised speech in commemoration of Tunisia's National Women's Day. Currently, men receive double the inheritance that women receive, which is similar to the share in other Arab countries and based on Islamic law, or Shariah.  "It is my duty as president of all Tunisians to unite and not to divide," Essebsi continued.

In August 2017, Essebsi set up the Individual Freedoms and Equality Committee (COLIBE), which recently produced a 300-page report suggesting reforms to advance women's rights and civil liberties in Tunisia. Essebsi's decision to support a bill to equalize inheritance in the country was based on the report, which also suggests decriminalizing homosexuality and ending the death penalty. He added that his decision is based on Article 2 of the country's constitution which "stipulates that Tunisia is a state based on citizenship, the will of the people and the supremacy of law," rather than religion.

Bouchra Belhaj Hmida,the President of the COLIBE, told DW that the recommendations in the report protect human rights and correspond with religious beliefs. "The purposes of Islam are connected to human values and human rights," she said. "If there is anyone who assumes that the Arab and Islamic identity is an identity that entails a lack of respect for human rights, then we have a fundamental disagreement." 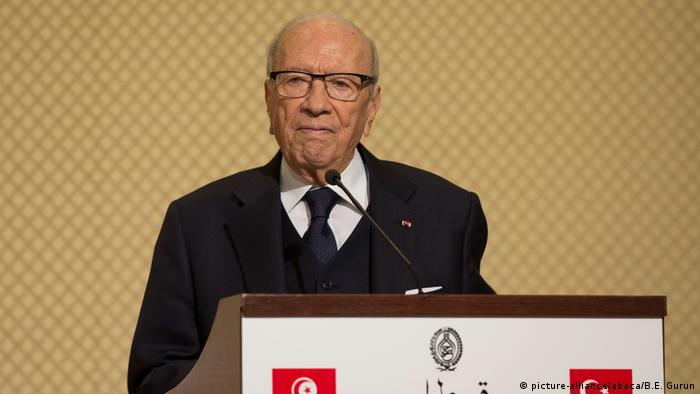 "This is a big deal," Sarah Yerkes, research fellow and Middle East expert at the Carnegie Endowment for International Peace in Washington, DC told DW regarding Essebsi's support for equal inheritance. "It is a controversial decision, particularly because (according to public opinion surveys) the majority of Tunisian men and women are against the change in policy. Essebsi is nearing the end of his political career and likely feels that he is able to take risks other politicians cannot."

Conservative forces, however, view these reforms as a threat to Tunisia's Islamic identity. On Saturday, thousands of demonstrators protested the social reforms in the neighborhood of Bardo, in Tunisia's capital. They chanted "God is Great" and recited verses from the Quran to voice their opposition to the COLIBE report.

"I'm here to defend the word of God and oppose any projects that harm the Islamic identity of our people," retiree Kamel Raissi told AP at the rally.

We totally reject the COLIBE report which contains an underhanded hate for Islam," Abdellatif Oueslati, a nurse from the northwestern city of Jendouba, told the news agency.

Ennahda, Tunisia's mainstream Islamist party, has not taken a clear stance yet on the inheritance issue. But Nasser Faisal, Ennahda's deputy head of communications, thinks that bringing the  inheritance issue up now is politically motivated, and pushing it is simply a way for politicians to garner support ahead of the 2019 elections. The inheritance issue is being debated at a time when the economy is struggling, facing high inflation as well as unemployment. "This harms the credibility of the COLIBE," Faisal told DW.

Merouan Mekouar, an assistant professor and North Africa expert at York University in Canada, told DW the debate on inheritance is polarizing because traditional Islamic law based on the Quran is extremely clear that men should receive more inheritance than women. "The Quran was a product of its time," he told DW. "The difference in inheritance was justified back then because traditionally men were the caretakers of family and were doing all the work, so they needed more inheritance than their wives. This is the traditional, popular explanation that has been internalized in many Muslim societies today."

Mekouar added that nowadays many families in Tunisia need two incomes to get by, and women have entered the workforce, suggesting that the logic behind the old system of inheritance "doesn't make sense anymore." He said society was torn between upholding its religious principles and dealing with the fact that it is a modern economy. "Tunisia is witnessing a tension between the globalized economy we all live in and the traditional religious prescriptions," he said. "The debate around inheritance is illustrative between the old system and the new one."

Mekouar believes that conservative forces will fight these social reforms with all their might. He said that there would be more organized protests of the type seen in Bardo on Saturday, as well as more legal challenges. Islamist groups will mobilize their voters in the 2019 elections and "try to punish those they deem responsible for this." Ultimately, Mekouar said, it all depends on "how the Ennahda Islamist party will market their decision for or against the reform."

World in Progress: Threats and intimidation at Beirut's gay pride

Could Tunisia be a trendsetter on gay rights?

Essebsi could also decide to draft a bill decriminalizing homosexuality in Tunisia, as per the COLIBE report's recommendation. Currently, Article 230 of the Penal Code of 1913  allows for prison sentences of up to three years for people who have homosexual sex. Since 2014, the LGBT rights organization Shams has publicy fought for the decriminalization of homosexuality in Tunisia. Mekouar thinks that other countries in the region could follow suit.

"A lot of people take their cues from neighboring countries, so whatever is adopted in a country that is culturally similar, usually will allow for similar debates to happen in surrounding countries," Mekouar said. "So, the Moroccans will look very closely at what happens in Tunisia regarding LGBT rights and so will the Lebanese."