Tunisia protests: Is there a trade-off between a strong economy and democracy? | Middle East | News and analysis of events in the Arab world | DW | 09.01.2018

Tunisia protests: Is there a trade-off between a strong economy and democracy?

Demonstrations have swept Tunisia due to government austerity measures, and the country's democracy has advanced since its 2011 revolution that ushered in the Arab Spring. But does this transition come at a cost? 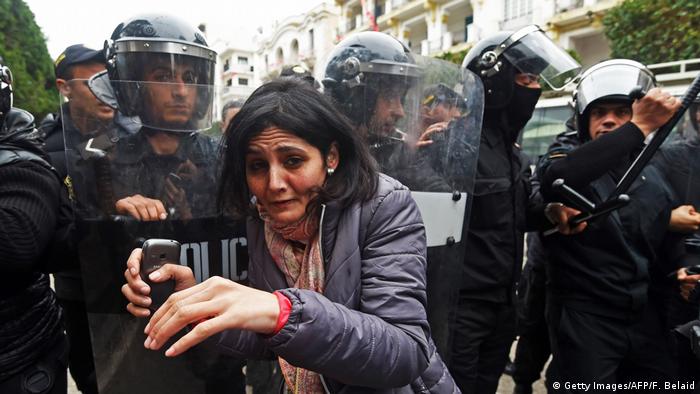 A study by Germany's Friedrich Ebert Foundation shows that young people from Arabic-speaking countries have an optimistic outlook on life, but little faith in politics. DW spoke to the study's co-editor for more insight. (07.01.2018)

Anger and demonstrations have spread across Morocco after two people were killed while extracting coal from a shuttered mine. What are protesters demanding, and will the government respond? (31.12.2017)

The Tunisian revolution, considered the catalyst for the movement that became known as the Arab Spring, began seven years ago. Today, Tunisia is still struggling to achieve democratic reforms and economic growth. (18.12.2017)

Protests took place in ten towns across Tunisia Monday after the government enacted a series of price and tax increases to solve the country's budget deficit. Rural economically disadvantaged cities in Tunisia's interior such as Kasserine and Sidi Bouzid were hotspots during the revolution that took down Tunisian Dictator Zine El Abidine Ben Ali almost exactly seven years ago and are today flashpoints of the demonstrations. Instrumental in the protests are young people, as the high youth unemployment of the Ben Ali era has continued to the present.

"People have to understand that the situation is extraordinary and their country has difficulties but we believe that 2018 will the last difficult year for Tunisians," Prime Minister Youssef Chahed said in response to the demonstrations.

The Tunisian economy is in disarray: high unemployment, inflation and inequality between various towns and neighborhoods are just some of the issues plaguing the country. In response, the Tunisian government has passed the 2018 Finance Act, an austerity budget meant to solve the inflation issue which increases taxes and raises fuel prices.

Experts are divided on whether the measures are beneficial to the country's economic future. "It is a very risky approach because at this moment the atmosphere in the population is so intense that if you implement these measures the protests will become uncontrollable," Dr. Isabel Schäfer, Senior Researcher of the German Development Institute, told DW.

"The Tunisian economy is in constant decline and all indicators are deteriorating year by year, which makes the country in need of structural reform," Saidan Ezzedin, a Tunisian economist remarked to DW. The country's public debt has risen 40 billion dinars (around 13.4 billion euros) and has seen purchasing power drop by 25 percent. He believes that the country should enact alternative measures by investing in its infrastructure (roads, buildings, power supplies etc.) which would help improve the economy and bolster both domestic and foreign investment.

"If implemented the country will be plunged into a recession, as the population will have a decrease in purchasing power due to rising unemployment," Senior Researcher Dina Mansour-Ille of the UK-based Oversea Development Institute said. She shared with DW that the average Tunisian family with one working parent earns around the equivalent of 150 dollars, but the 200-300 percent increase in value-added tax on many products means that most families will have to pay another 120 dollars on top of their current earnings – a doubling of expenses.

After the Tunisian revolution, according to Mansour-Ille, Western observers believed that the country's fledgling democracy would be dependent on change working with its political system. But in reality, young people working outside of the political system, whether it be protesting on the streets or activism online, have been crucial to the country's democratic transition. Mansour-Ille termed this "informal politics."

One civic organization in Tunisia working outside the formal political system is called "fash nastannou" in Tunisian Arabic, which is translated as "What are we waiting for?" One of the organization's campaigners, Hamza Obeidi, told DW: "The Tunisian economic system has not improved after the revolution because it is still based on the policies adopted since independence." According to him, the country is still haunted with the corruption that was a trademark of the Ben Ali regime, which ruled over 23 years. The government has claimed to be engaged in fighting corruption, but Obeidi argued that "the war on corruption is merely media marketing."

Last year, Tunisia passed a "Reconciliation Bill" which pardons former public officials accused of corruption. This law is strongly opposed by Obeidi and other anti-corruption activists because only a few businessmen have been arrested on corruption charges while many infamous names affiliated with the Ben Ali regime – who engaged in tax evasion, looting public coffers and other crimes – have gotten off scot-free due to the law. Obeidi believes the only solution is civic engagement and working for a solution on the streets: change must begin on the local level and come from the bottom up. His organization hopes to play a major role in this movement. 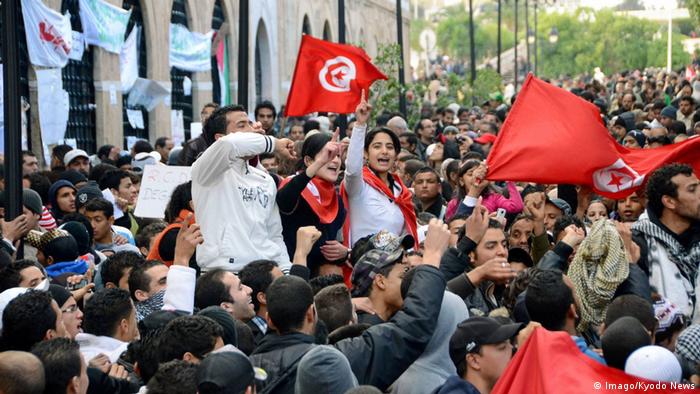 Tunisia's revolution in January 2011 kicked off the Arab Spring, but many substantive changes have been slow in coming

'It was better under Ben Ali'

As the difficulties of Tunisia's economic and democratic transition persist, it is not uncommon to hear: "It was better under Ben Ali." The controlled economy of the Ben Ali era was stable, the average citizen in Tunisia knew how the system was organized and where the money was concentrated, while structural economic problems were kept hidden. Nowadays, those problems of inflation and unemployment which were often hidden under the Ben Ali command economy have been brought to the surface post-revolution.

"Unfortunately after every revolution there is a shock to the system. Under Ben Ali, the common man could put food on the table, it was predictable and the average person wouldn't have to worry about tomorrow," Mansour-Ille said.

She argued that issues like political transparency and corruption won't bring people to the streets. If the economic issues worsen, could Tunisia face another revolution? Mansour-Ille doesn't see one on the horizon. "I don't think Tunisia is ready for another revolution. Older generations are not interested in making drastic changes to the political system, it is only the young people who want to see change," she concluded.