Floods, drought and mass migration: all factors why Germany has made the UN's response to climate change its priority at the Security Council. But political roadblocks at home and abroad could complicate action. 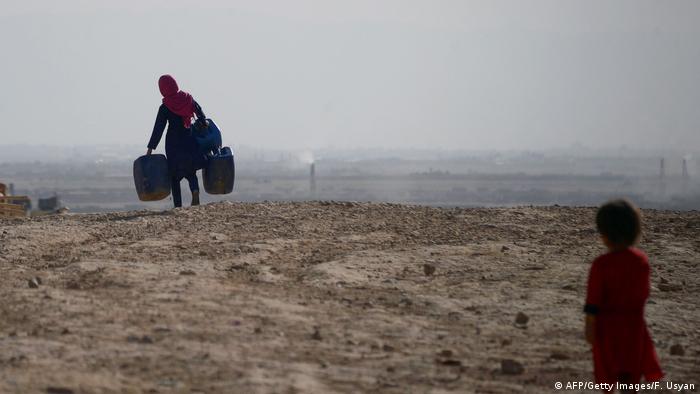 German Foreign Minister Heiko Maas led a mantra among delegations from nations large and small at Tuesday's Berlin Climate and Security Conference: Time's up in ignoring the security threats presented by climate change.

"Climate change acts as a catalyst: It makes conflicts more likely," he said. "We don't have any time to waste."

Sharpening the UN's response to climate change is a top priority for Germany during its two-year stint as a nonpermanent member of the Security Council, which began this year. Despite the urgency for action, political roadblocks both at home and abroad will make implementation difficult. 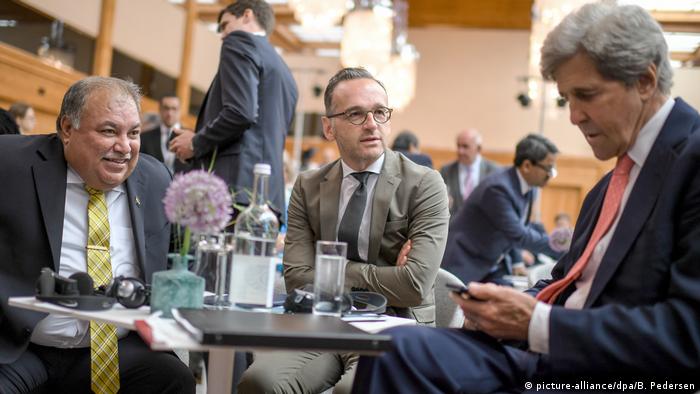 The forum, hosted by Germany's Foreign Ministry, brought together political, scientific and business leaders from more than 25 nations. Maas used the event to present a three-point "Berlin Call for Action," which outlines goals for the UN to "be as proactive as possible" in stemming conflicts associated with climate change.

According to the plan, the UN should better monitor island and equatorial nations most susceptible to food shortages and national disaster, reporting regularly on the situations to improve communication and response time. It should also pilot programs that weave climate action into every facet of foreign policy.

Germany is poised to lead the charge on such initiatives due to the government's ambitious climate program, Maas added. In 2018, 40% of Germany's energy mix was powered by renewables. Meanwhile, legislation to divorce Germany from coal-powered energy and set sector-specific emissions targets in tricky areas like transportation and housing are slated for adoption this year.

Germany also made climate change a main priority during its 2011-2012 Security Council elected membership. The focus had few substantive outcomes, but it did help push environmental security threats such as desertification in North Africa and migration issues into Security Council discussions, analysts note.

Though times for truth

But the political environment surrounding climate change is more complex now than it was ten years ago, former US Secretary of State John Kerry noted in his keynote speech at the conference.

"Facts are under assault, truth is mobbed," he said. He added that both science and the multilateral diplomacy needed to address the security risks of climate change are under attack. "That is not how you make any nation great, and that's not how you protect people in the world."

The remarks evoked rhetoric commonly used by US President Donald Trump, who recently withdrew the US from the 2016 Paris climate agreement. Originally signed by 194 nations and the EU, with Kerry as the US representative, the agreement seeks to limit global warming to 2 degrees Celsius above pre-industrial levels.

President Trump also recently barred the federal agency that reports on the impact of climate change from presenting projections past the year 2040, which is before scientists expect the most disastrous effects of climate change to hit Western nations. 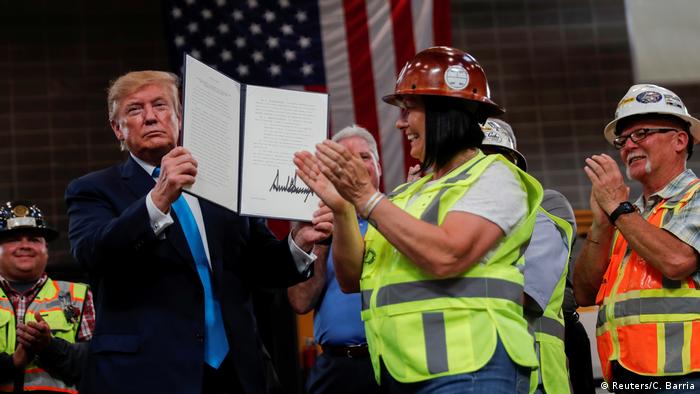 The US may be an extreme case as of late, but its developments to stymie climate change action are no isolated incident, Kerry noted: "No country in the world, despite the best intentions of most, is getting the job done."

Once seen as an environmental leader, Germany has been criticized in recent years by its European partners for losing momentum on fighting climate change.

In a country where roughly 800,000 jobs depend on the automobile industry, political leaders have taken little action against auto manufacturers such as Volkswagen for their role in the 2015 "Dieselgate" emissions scandal or towards changing Germany's dependency on combustion engine transport.

Meanwhile, emissions in the transportation and housing sectors have barely budged since 1990. Studies show that Germany could miss its emissions reduction goals for 2020 by at least 8%. And new environmental legislation lauded by Foreign Minister Maas in his opening remarks has been dragged down by intergovernmental bickering over possible effects on the economy.

"Everything moves faster in the digital age, except for government," Kerry commented.

Reluctant Western governments will soon get the message about the urgent need for climate action, Shirley Botchway, Ghana's minister of foreign affairs, said at the conference, pointing to the relationship between climate change and migration.

"Our countries are agricultural, and if we do not have high yields anymore because farming is destroyed, people will move from rural to urban areas. And when they don't find work, they move on perilous journeys ... crossing into Europe and the Americas," she said. "Then it's not just Ghana's problem."

Global mass migration, ongoing conflicts in Syria and Ukraine, as well as instability in Europe due to the United Kingdom's impending departure from the European Union, have all dominated recent discussions on the Security Council.

Given its already prominent role in global affairs, Germany's return to the council as a non-permanent member gives it an opportunity to act as a balancing force in such discussions. Permanent members of the council are often divided between France, the US and the UK on one side, and China and Russia on the other. Germany could leverage its position to push a climate agenda based on stability that could breathe life into stalled climate policies, both at home and abroad.

"If Europe thinks that the migration that came from Turkey and from Syria was a political game changer, wait until you see the migration from half of Northern Africa and the Middle East that has no ability to grow food, have water and be able to live decently," he said. "They'll be pounding at the door because leaders today were unwilling to do what they know they have to do."

The special committee met in Berlin to discuss future climate action after the issue featured prominently in Sunday's EU elections. But critics say the government is dragging its feet on an urgent topic. (30.05.2019)