Droughts have left herders in Laikipia desperate to find pasture for their cattle, and brought them into conflict with landowners. But better land management is showing that these pastoralist communities can adapt. 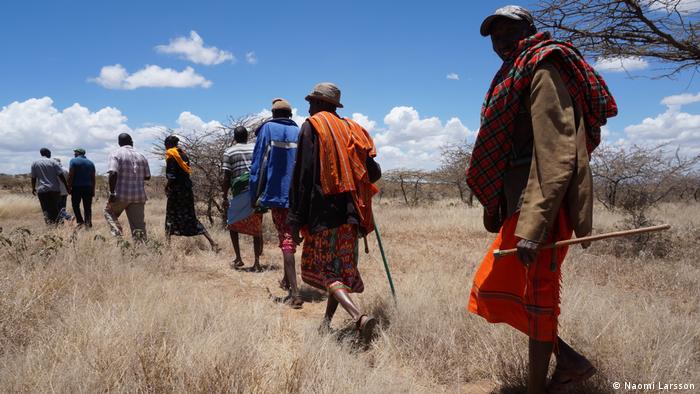 Green acacia trees polka-dot the dull brown soil in Laikipia, a county in the shadow of Mount Kenya. Grass has begun to spring up after a period of good rains, but the landscape can't quite hide the scars of drought and overgrazing. The ground has bare patches and gullies have formed through the eroded soil, exposing deep red earth.

Kenya is recovering from two years of drought, which killed an estimated 40 to 60% of cattle in areas where livestock accounts for almost 90% of an average household's income. Some 3.4 million people went short of food.

"We are really suffering," says Priscilla Senteina Lekurtut, 26, from a cattle-herding community in Il Polei in Laikipia North. "There is not much land, there is climate change, animals are dying and people are getting poor."

Lekurtut says pastoralist communities like hers, which traditionally roam the land, moving their animals to wherever there is something for them to eat, now have nowhere to go. And if families can't graze their cattle, they can't earn a living.

"Your children won't go to school, people even might die because of the hunger. We are very desperate," she told DW.

That desperation has lead to conflict erupting on land owned by private wildlife conservancies and ranches, where herders are only allowed to graze with permission from the owners. 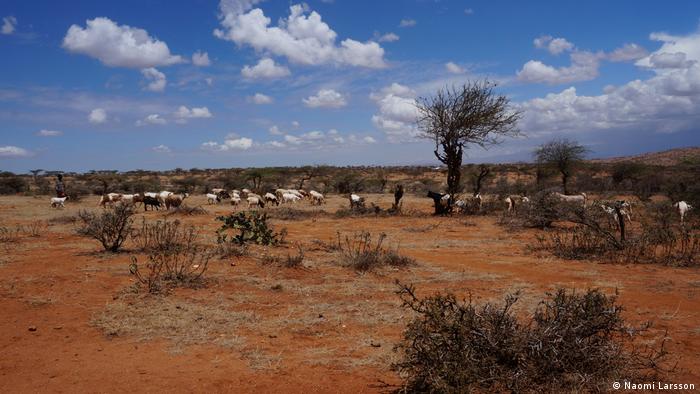 'We moved for miles and miles'

Pastoralists have roamed Kenya for centuries, but since the British colonized the country at the turn of the 20th century, land has been privatized and their livelihoods restricted.

Almost half of land in Laikipia is owned by big ranchers, but it borders the pastoralist counties of Baringo, Samburu and Isiolo, where herders are coming under increasing pressure.

"I lost about 30 [head of cattle] or more," Timothy Lemosiany, a herder from Musul, a rural area of Laikipia, told DW. "Some people lost their whole herd and became poor. It completely changed people's lives. We moved and moved for miles and miles, and… encroached onto private property — that means conflicts with others."

For a community that depends so intimately on the land and seasons, the increasing irregularity of weather patterns is felt viscerally.

"The land is crying," says Joseph Lentunyoi, a Maasai who has spent much of his life in northern Laikipia. "We expect [droughts] as something that we need to prepare for, but we never know how the weather patterns will change."

Recognizing that his people have to adapt to survive, Lentunyoi set up the Laikipia Permaculture Center (LPC) in 2012. 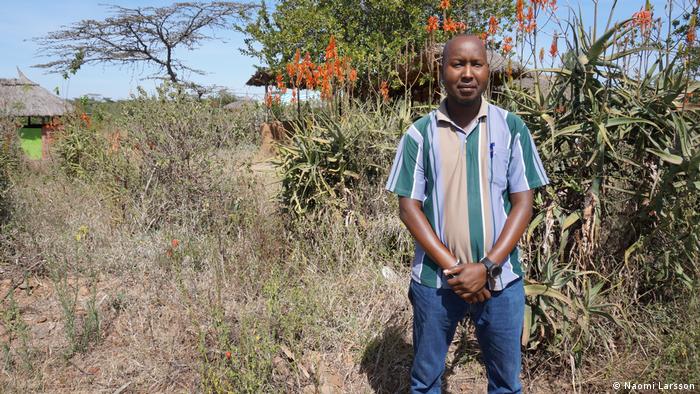 Atop of a rolling plain in Musul, is a fenced-off area of abundant golden grass. With trees in full green leaf, the contrast with the barren landscape beyond the barbed wire is stark. The midday sun beats down on a group of Maasai wading through the grass, which is tall enough in places to brush their knees.

The 300 or so pastoralists who live here in Musul have agreed to let this land rest by keeping cattle out of the 50-acre (20-hectare) plot for over a year — even during severe drought. They are growing two types of grass — Maasai love grass and buffel grass — that they can store for times of scarcity, and the seeds of which they can sell on or resow in other areas of pasture.

One of the men, Morongo, leans on his walking stick, surveys his lush surroundings and explains how things have changed from the days when too many cattle grazed the land bare, and died when there was nothing left to eat.

"Now, there's no bare land with this initiative," Morongo says. "Before, our cows would eat everything and then a lot of topsoil was gone when it rained. But now at least there is some vegetation cover." Lemosiany, of the Ole Ntile wildlife conservancy in Musul, works with the Maasai here, teaching them about sustainable land management. He remembers the conflict that came in the wake of last year's drought and hopes the community can avoid this happening again.

"We need to protect our land first before we disturb other people," says Lemosiany, who is a member of the Maasai himself. "We discovered we were wrecking our own environment at the same time annoying other people. It's time to start doing good for ourselves."

The community in Musul is just one of 300 that the LPC has worked with over the past seven years. Funded through private donations and grants, the organization teaches herders how to revive soil, reseed native grasses and diversify their income by growing organic vegetables or aloe — which is native to the area — or keeping bees.

"The soil is like our body," Lentunyoi, LPC's founder, says. "It's a life, and if we continue creating a system which is making the soil dead, then we're going the wrong direction."

But small local projects aren't enough turn things around. "It could really change the lives of people here — if it was on a large scale," he says.

Read more: Investing in bamboo to curb floods in Kenya 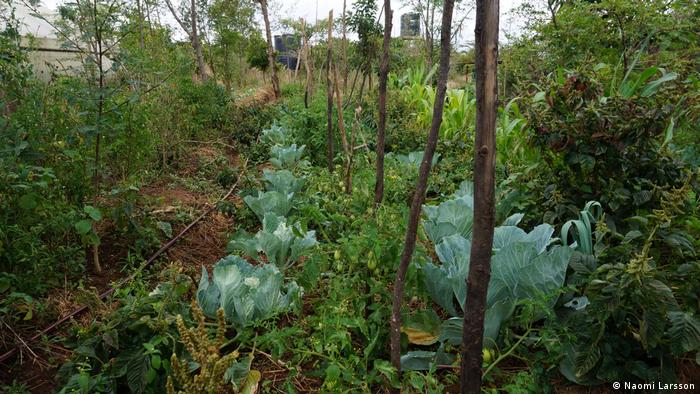 Lance Robinson of the International Livestock Research Institute says there is a "race going on for pastoralist communities, between climate change and their ability to adapt," and the government needs to take action to ensure they win.

Read more: Curfew ordered after deadly clashes between herders and farmers in Nigeria

To scale up projects like LPC's, issues of land ownership must be resolved, to establish "a form of land tenure that gives pastoralist communities some security so they can know this territory, this conservancy or this grazing area, is ours," Robinson told DW.

"If they can be given enough support, enough room to adapt, and the right kind of investment from county and national governments, then I see pastoralism modernizing, rather than disappearing," he adds.

Lekurtut believes that to preserve her people's ancient way of life, herders and landowners must now work together.

"As Maasai, we say the land belongs to everyone," she says. "We love the land because it gives us everything. When it rains we get grass and the animals feed on it, and the pastoralists have a relationship with animals — we are attached together."

Permaculture: Key to a better life in Kenya?