The Himalayan Gaddi community of pastoralists has long lived from the land. But with rising temperatures pushing them higher up into mountains in search of grazing pastures, their way of life is under threat. 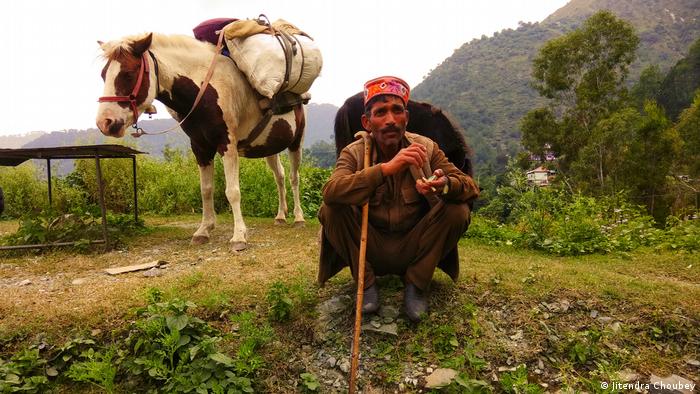 It is fall in the Dhaulagiri range in the far north of India. Pine tree forests abound in this remote stretch of the Himalayas , where serpentine roads cling to steep mountainsides.

But something isn't right in the picturesque hamlet of Kandral, inhabited by the semi-nomadic Gaddi community. The air should be filled with bleating and the sound of bells. Instead, there is silence.

Ranjit Singh and four other shepherds have left their flocks with relatives high up in the mountains so they can come down to celebrate the annual festival of Dham.

In the past, they would have brought their animals with them and stayed for longer before descending to the foothills in the winter.

"This used to be a time when our livestock would stay with us and eat the grass we've collected for them while we shear wool and sell it," says Singh. But the  changing climate  in this part of the mid-Himalayas has undone the pattern of his existence. 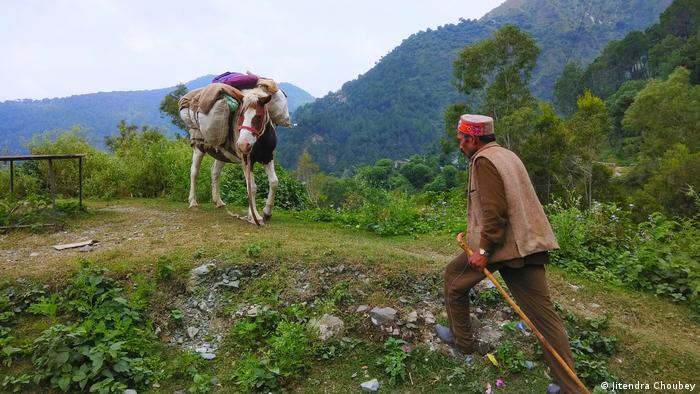 Grazers spend months at a time in the mountains. Each one generally has two horses laden with provisions.

The stout 58-year-old sits in front of a two-story concrete house nestled into a mountain slope. The dwelling has seen better days. The floor is cracked in many places as a result of past landslides, which local shepherds attribute to deforestation and overgrazing. Singh is concerned that the whole building could collapse. He has the same fears for his way of life — he spends much of his time outside, sleeping in makeshift shelters, drinking stream water and eating the rations of flour, sweets, dried fruit and rice strapped to his horses' backs.

The way things were

Traditionally, Singh and his fellow pastoralists moved from lowlands to highlands to take advantage of seasonally available pastures at different elevations.

He used to start his annual journey in April, when he traveled to Langa-Kinnaur mountain point, 5,000 meters (16,000 feet) above sea level. In September, he would descend to around 2,500 meters, before heading for the foothill forests in December, where he would stay until the cycle started anew in the spring.

That was back in the days when rainfall was more reliable. According to the Indian Meteorological Department (IMD), the month of November saw virtually no winter precipitation in 2014, 2016 and 2017.

Ranbir Singh Rana, Principal Scientist at the Department of Agronomy and Grassland Management at Himachal Pradesh Agriculture University (HPKV), says the shift, which he attributes to climate change, has far-reaching effects.

"Lesser snow precipitation in the middle range puts pressure on the pasture lands these shepherds have been managing for centuries," he says. 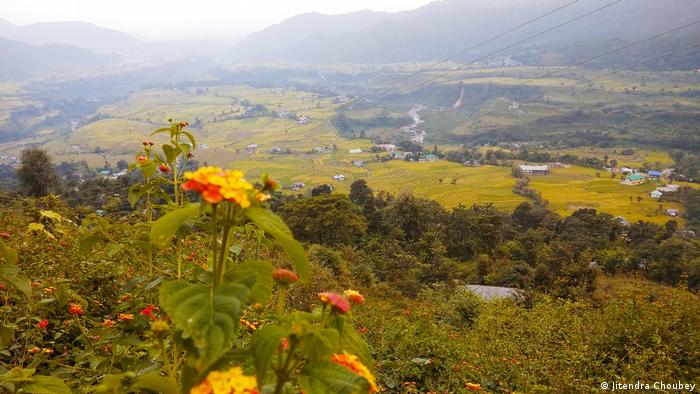 Pastures are becoming overrun by weeds, agriculture and pine forests between which the grass does not grow

In an effort to ensure their animals have enough to eat, grazers have taken to overlooking what farmer Akshay Jasrotia from Himachal Pradesh Ghumantu Mahasabha, an association that fights for pastoralists' rights, says is a "fixed schedule" determining how long each shepherd gets to stay in a certain place.

"As they stay longer, there is a real risk of overgrazing, which can lead to further environmental distress," he tells DW.

The search for pasture is also sending shepherds higher up the mountains along unfamiliar routes. This has led to reports of increased sheep deaths — likely as a result of poor quality grass. Reduced flock sizes means there is less wool, meat and milk to sell, which has an impact on the overall economic viability of this way of life. 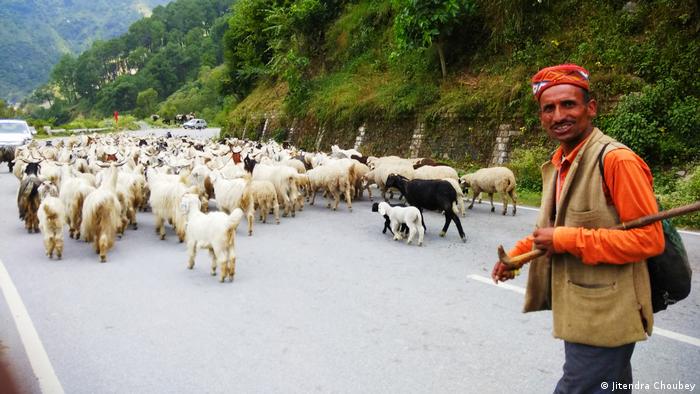 Less snow isn't bad for everyone

The fragility of the ancient pastoralist existence is compounded by the arrival on traditional grazing land of crop farmers  looking to take advantage of the longer potential growing periods brought about by rising temperatures.

In some northern districts, the area of land used for agriculture has doubled in the past 10 years — a development not welcomed by pastoralists.

"We've had reports from different parts of Himachal Pradesh about sometimes violent conflicts between villagers who grow crops and grazers whose animals graze on their crop fields," says Prakash Bhandari, a forest rights activist with the non-profit Himdhara, based in the city of Kangra.

The pastures are also under threat from invasive shrub species like Lantana (Ornamental grass), Parthenium or Ageratina adenophora (crofton weed) not native to India or even Asia, that are using the favorably warm conditions to creep higher up the mountains every year. 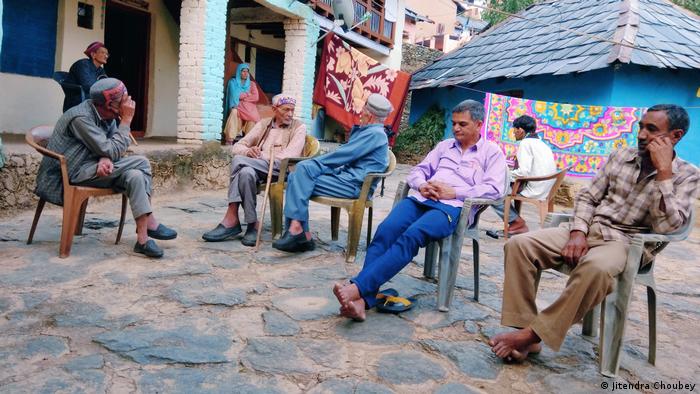 Villages started to change as people moved away, leaving a way of life in question

Ranjit Singh has never heard of the concept of anthropogenic climate change, but he knows what he sees, and is worried about the future of his pasture lands.

"We're struggling to carry on this age-old profession," he says with resignation. "There are now only seven families left in this village who work as pastoralists."

There used to be 25. The other Gaddi herders who once followed in their ancestors' footsteps up and down the Himalayas, have either migrated to the city or taken work elsewhere, often as farm laborers.

And it's the same story in many other villages. Singh says he's been thinking about about giving it up too. But it's what he knows. It's his culture. For now, he immerses himself in it, making the most of Dham.

"This is the only period during the year where we meet our people, relish varieties of dishes, fix wedding or future congregation dates, meetings and other social functions," says Singh.

Once the festivities are over, he will lead his laden horse back up to higher altitudes to find his flock at one of the remaining spots with good grass. It might be out of keeping with a long Himalayan tradition, but he sees it as his only real option.

At least 12 people were killed by police in protests against the Sterlite Copper factory's pollution problems in Thoothukudi. Opposition politicians decried the violence as "state sponsored terrorism." (22.05.2018)