Choga Lal Saini left his office job to grow fruit in the desert. Sixteen years later, he has created an oasis and become a source of farming knowledge for others near and far. 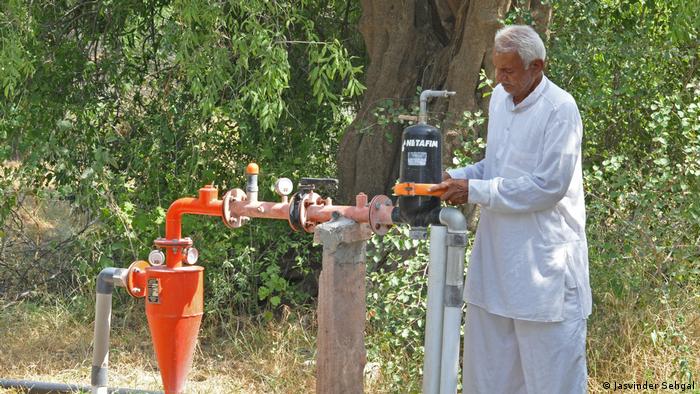 Sand dunes and patches of dry shrubs as far as the eye can see. The vast Thar desert, which forms the natural border between India and Pakistan is an inhospitable place. Yet that is where Choga Lal Saini decided to create his very own little oasis, a fruit grove.

In 2001, after 10 years as a clerk at the local administrator office, he decided it was time for a radical change. "I wanted to serve the mother earth," said Choga, who is now 69 years old. "An oasis of fruit trees in the desert was my dream."

His family had owned land for generations, which he could use. But it was in the desert, in a hot and humid climate with no vegetation except for some scattered bushes. It was hardly suitable for agriculture, let alone for growing fruit trees. Still, Choge was undeterred.

Given that the odds were already stacked against him, it didn't help that Choga started out with no agricultural expertise. His only option was experimentation. 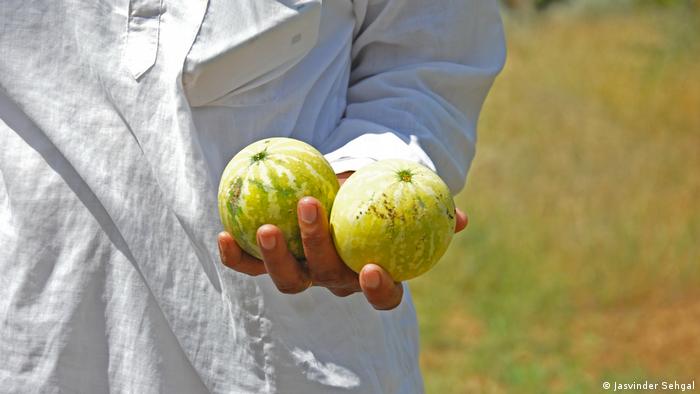 Choga Lal Saini had no agricultural experience when he started out, but has acquired knowledge through trial and error

"The sand and scant water didn't allow anything to grow, but I developed varieties of saplings suitable for the desert," he told DW, adding that they also taste better. Initially half the young trees wilted in the extreme conditions.

"I made the mistake of clearing the ground of dried leaves and mulch," he says. But that was what had been protecting the soil from the extreme heat.  "When I stopped doing that, the plants survived."

He covered pomegranates and mangos witg old clothes to protect their fruit from birds. Choga also struggled with termites, which he fought off by spraying his plants with kerosene oil.

"I also used the powder of local mahogany as a herbicide," he recalls. "I never used cow dung manure; instead I used goat droppings, which unlike cow dung, don't dissolve in water and nourish plants for a longer time. I always keep my trees free of all the weeds so they grow properly.”

He plucks the weeds by hand and generally tries to stick to organic methods for his farming. But back when he started, the biggest challenge was irrigation.

Water in the desert

"In the beginning, this was a complete desert. Nothing could grow here," Choga recalls. "There was almost no water and the little there was would seep away in the soil." During the first years, the region experienced severalsevere droughts  and even very deep wells hardly provided enough water for Choga's dream. 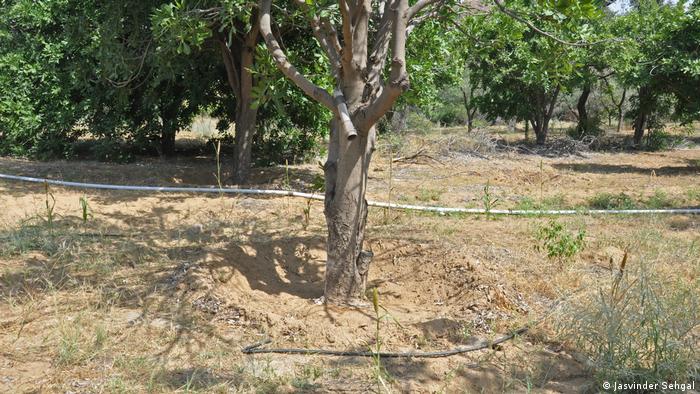 When he started out, everything was arid, but the use of drip irrigation has proved an effective way to ensure that fruit grows

That all changed in 2006 when massive rains that led to devastating flooding also replenished the aquifer. It was a blessing for farmers in the region, including Choga. But water continues to be scarce so he has created five earthen dams to hold back whatever rain water does occassionally fall. He has also gone a bit more high-tech.

"There was a time when I had to water each plant individually with earthen pitchers," he recalls. But that was before a 10-day study tour to Israel where he learned about drip irrigation at the International Agricultural Development Corporation training center.

Drip irrigation is a system that takes water near the roots of plants, either at the surface or underground. This, combined with the fact that the water drips slowly rather than gushing out of a pipe in large amounts allows the plants to absorb as much of the precious resource as possible, preventing it from evaporating or seeping away.

"I don't waste even a single drop of water," Choga declares proudly.

An oasis in the desert

And his efforts bear fruit - literally. Today, more than two thousand fruit trees grow on his 28 hectares of land. There are pomegranate, mango, jujube and Indian gooseberry as well as many medicinal plants. The jujubes and processed gooseberries helped him finally make a profit - after more than 10 years. 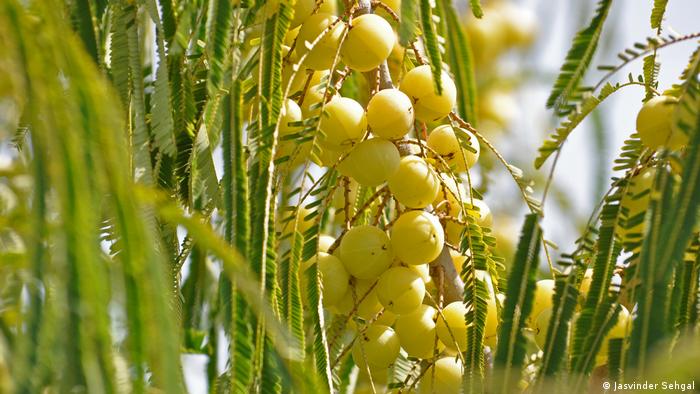 Choga is particularly proud of his gooseberries, which he says can cure various illnesses

He is particularly proud of his gooseberries, which he claims can cure various illnesses. "They have special properties because I grew them in the desert. I used to have very poor vision and had to wear spectacles. My knee joints used to pain so much that I could hardly walk. But after using the gooseberries, my vision has been restored and my joints have also recovered. Now I can easily walk and see distant objects clearly."

Alleged medicinal benefits aside, Choga's success has made him famous in the area and local farmers come to him for advice.

"When I heard about Choga Lal's fruit trees grown in the desert, I didn't waste any time and went to see it for myself," says farmer Minka Ram, who lives 15 miles away. He has been coming to Choga for tips for the past five years. "He guides us on water management, disease control, variety of saplings and manure to be used." 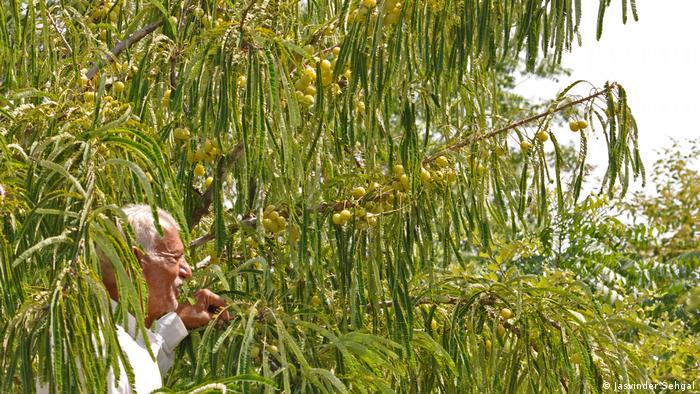 His success speaks for itself, and has attracted other farmers to follow his methods in order to secure their own yield

Farmers in the district of Barmer are now growing pomegranate on 3,300 hectares, date palm on 72 hectares and gooseberries on 500 hectares of land. The fact that many of them have adopted Choga's model has had a noticeable impact on the local environment, says Pradeep Pagaria, scientist and Head of the Agriculture Development Center in Barmer.

"Choga and the farmers of the area have changed the face of the desert. The rainfall in the area has increased considerably and moisture in the soil has increased by 20 percent." Pagaria doesn't suggest it has been caused exclusively by the farms but that they have contributed to the changes.

The new flora has also attracted species like peacocks, deer and many birds - an unusual sight in the Thar desert. Then again, on Choga's farm, it no longer is a desert.