The Great Green Wall of the Sahel | Environment | All topics from climate change to conservation | DW | 27.02.2017

The Great Green Wall of the Sahel

Environmental degradation and climate change are threatening the livelihoods of local communities living near the Sahara. An ambitious greening plan aims to prevent the spread of desertification in the region. 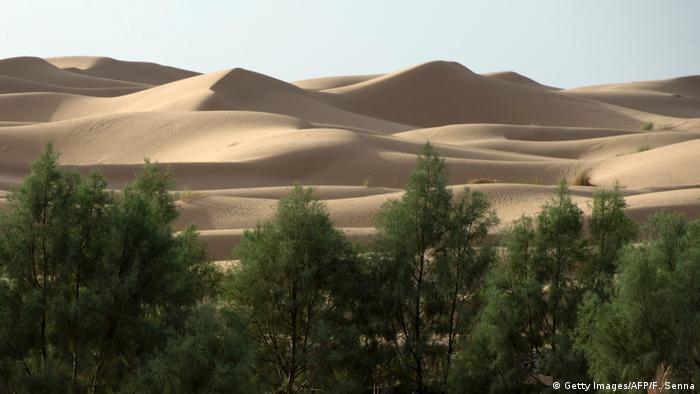 Africa's "great green wall" of vegetation should run 7,700 kilometers (4831 miles) across the Sahara and Sahel from Senegal to Djibouti. This vast stretch of trees is meant to reverse land degradation and combat poverty by creating jobs and boosting food security. Not everyone thinks planting trees in the desert is the best approach to land restoration. But Robert Winterbottom of the World Resources Institute told DW about some of the project's successes and how ideas about desertification are changing.

DW: Can you start by telling me about the problem the Great Green Wall is addressing?

Robert Winterbottom: I guess even the word desertification is a little confusing but we are working to reverse land degradation, by which we mean, the reduction or loss of what you can do with land in terms of productivity, agriculture, pastures and forest. It is a global issue but is particularly severe in the Sahel region.

Land degradation is really the loss of properties of the land, the water, the soil and so on, and the last stage is when it becomes a desert, which is then desertification.

I have heard it described as the Sahara desert expanding and your building a buffer to hold it back, but that is not quite the case, is it?

This is an old-fashioned way of thinking and scientifically, it's wrong. Scientifically if you look at a very old picture, a satellite image or even an old map, you will see that actually the desert has not changed much recently. Of course, in some areas there is some sand movement but basically the desert is a relatively stable ecosystem.

But it is true that very early when we were talking about the Great Green Wall, probably it was a way to have a picture in mind. It was a way of creating momentum with political leaders, but when you work with people on the ground, with farmers and villagers, things become quite different. It is a case of working to restore agro forestry parklands in the Sahel with a diversity of trees and plants.

You talked about how the idea of an encroaching desert might have made it easy to understand and therefore to sell politically, can you talk a bit about how far this project began, because the concept goes back a long time.

Around the middle of 2005, the president of Nigeria launched the idea at a conference of the African Union. And one of the stronger supporters after that was President Wade of Senegal. It was a strong point on his political agenda. 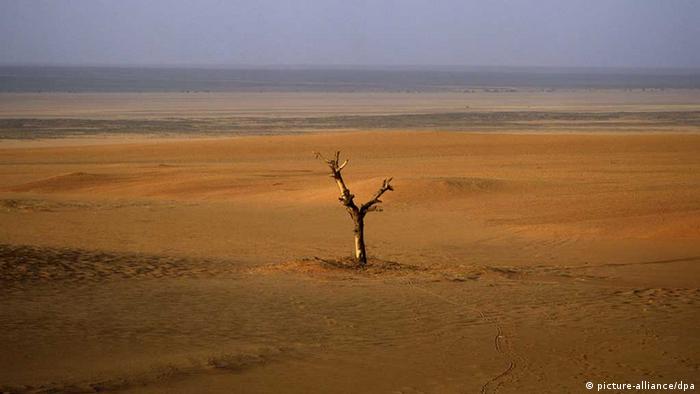 We are always trying to convince high level leaders, presidents and ministers, about the need to protect the environment, but it is very difficult because there are plenty of other priorities and problems. But for once there were some presidents and political leaders ready to stand and say, yes, we want to tackle poverty, we want to tackle environmental degradation and we are going to work on it, so for us it was a blessing.

How did you progress from there?

Rather than having small projects here and there, we proposed doing something together, something big with all the countries that want to take part. We started with technical people, different engineers, different experts from the ministry of agriculture, the ministry of environment, ministry of water and discussed what the options were.

We have to find a balance and an entry point, and the entry point is to build on the success stories from different partners, donors and to try to scale them up.

How did you do that?

We focused our investment with the World Bank to develop this massive one hundred million program involving 12 countries, nine from the original Great Green Wall area, and three from West Africa. Because in the northern part of those countries - Benin, Ghana and Togo - the context is very similar to that in the Sahel zone in Niger, Mali and Burkino Faso.

The way the project is being carried out has changed somewhat over the course of its existence, so it is now less of a plan for a green belt and more a kind of mosaic.

First of all, if we were building a wall, it would not be green but grey because most of the trees we are using are grey. But yes, it is more a question of landscapes and mosaics. It is all about diversity, not only biodiversity, but diversity of soil, land, practices, uses.

So in some areas there is agricultural land, while in others we promote the restoration of pastoral land. Near some villages there is a need for tree plantations for fuel wood, and in many areas there are agro forestry parklands with one, two, three, even eight different species of tree.

Is it right that this has become less about imposing a way of doing things on local communities and more about actually supporting them in efforts that they were already taking?

People are cautious when we talk about very big initiatives with hundreds of millions and with international agencies, but the point was to join the dots between the big political agenda and the engagement of these political leaders and to connect with the reality on the ground. So now, after a couple of years of implementation, people are surprised and happy with the results.

In the south of Niger, for example, a long-term initiative for the natural regeneration of trees in the agricultural landscape promoted by grass-roots organizations and managed by farmers, but also supported by theGlobal Environment Facility  (GEF) is the kind of experience and success story we are happy to build on for scaling up.

Ruby Russell conducted this interview, which has been edited and condensed for clarity.

Robert Winterbottom is a Senior Fellow with the Forests Program of the World Resources Institute. He works on the Global Restoration Inititative to restore the productivity of degraded landscapes and scale up the sustainable management of natural resources.