A new report has warned climate change could bring widespread hardship to the United States if nothing is done to stop it. President Donald Trump has downplayed the threat amid freezing temperatures this week. 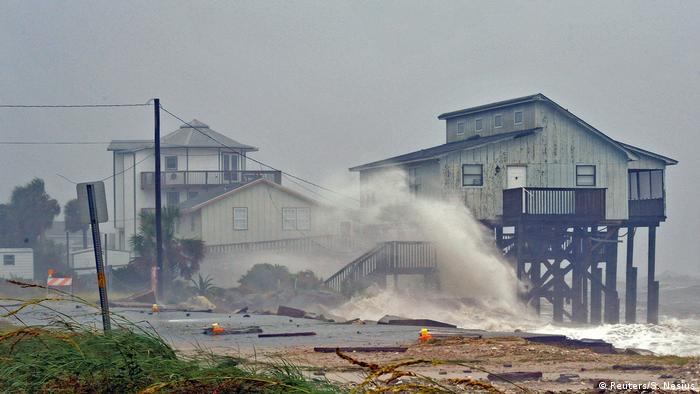 Climate change will wreak havoc on the natural environment, economy and public health in the United States unless more is done to drastically reduce carbon emissions, a US government report has warned.

"Without substantial and sustained global mitigation and regional adaptation efforts, climate change is expected to cause growing losses to American infrastructure and property and impede the rate of economic growth over this century," the Fourth National Climate Assessment said Friday.

The report, mandated by Congress, includes assessments by 13 federal agencies. It details how rising temperatures threaten to lower agricultural yields, increase the likelihood of flooding and wildfires, impede energy production and increase the prevalence of tropical diseases across the country.

Government action now could nevertheless mitigate the most extreme impacts, it said.

The report contradicts the views of US President Donald Trump, who has repeatedly denied climate change as a Chinese hoax. In 2017, the president withdrew the United States from the Paris climate accord, an international effort to fight a rise in global temperatures.

On Friday, Trump wrote on Twitter: "Whatever happened to Global Warming?" in response to freezing temperatures in some parts of the country.

White House spokeswoman Lindsay Walters played down the report's findings on Friday. She said it outlined an "extreme scenario" that wrongly assumed a dearth of technological innovation and rapid population growth in the near future.

Environmental groups have welcomed the report. Abigail Dillen, head of Earthjustice, told the Reuters news agency the report underlined that "climate change is real, it's happening here and it's happening now."

The European Environment Agency has predicted similar effects of global warming in Europe.

An agency report from 2017 said rising temperatures threatened massive economic disruption and an increase in the prevalence of droughts, wildfires and flooding across the continent.