G20 leaders agreed on condemning violence by demonstrators in Hamburg but were less united in their opinions on climate change and free trade. Bernd Riegert reports from Hamburg.

Host Angela Merkel made a special appearance at the very end of the G20 summit, when she spoke to police representatives. She thanked them for putting their own safety on the line to ensure the security of heads of state and government and their delegations while they met in the Hanseatic city.

The German chancellor was unambiguous in her strong condemnation of the violent clashes that militant anti-globalists had engaged in over the previous two nights. "Individuals who act in this way are not interested in political critique. Those who act in this way are operating outside the democratic community." Merkel also promised immediate support for the victims of violent acts.

Residents in Hamburg's Schanzenviertel and Altona neighborhoods were less enthusiastic about the job that police had done. Their neighborhoods were the site of widespread looting and arson in local businesses carried out by rioters; a number of automobiles were destroyed as well. One frustrated resident hung a large sign from his balcony reading: "That was a lousy idea, Olaf." Olaf is Olaf Scholz, Hamburg's current mayor. He was responsible for bringing the G20 to Hamburg and had promised residents that their safety would be guaranteed when he addressed their concerns ahead of the event.

No agreement on climate protection

No demonstrator was able to reach the summit fortress, where the leaders of the world's 19 largest industrial and emerging nations as well as representatives from the European Union met on Friday and Saturday. Any attempts to do so were hindered by 20,000 police and security forces from Germany and neighboring EU states.

Inside the trade fair building where meetings took place, a final communique was eventually produced that remained very vague in a number of areas. All 20 entities were unanimous in their belief that the regulation of financial markets must continue, as well as the need to combat terror financing and tax evasion. These issues are the core concerns of this "world government," which was founded as an answer to the 2008 financial crisis.

Unanimity, which is a G20 summit tradition, came to an end, however, on the topic of fighting global warming. The final tally was 19 to 1 on that count, since the USA recently withdrew from the United Nations Paris Agreement on climate change.

In Hamburg, US President Donald Trump also refused to acknowledge the emissions' reductions anchored in the Paris accord. 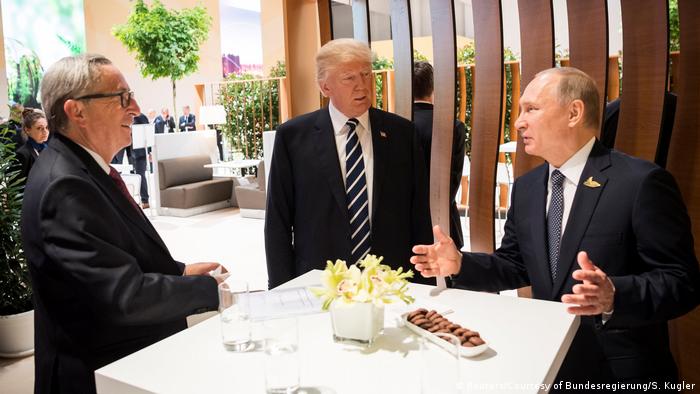 Later, President Recep Tayyip Erdogan said he would also re-evaluate Turkey's participation in the accord as the US's withdrawal could jeopardize funding for less-wealthy countries.

"Wherever there is consensus, there must also be dissent," Chancellor Angela Merkel said, adding that she regretted the fact that the USA had abandoned climate consensus. "I am grateful that every other head of state and government acknowledges that the Paris Agreement is irreversible."

Merkel emphasized the agreement must be implemented as quickly as possible. Trump made a statement that was added to the final communique and said that the USA wanted to help other countries find cleaner ways to burn fossil fuels. The Paris Agreement seeks a complete end to the burning of fossil fuels such as coal, gas and oil.

US concessions on trade

On the topic of trade, G20 negotiators spent days fighting US resistance before finally agreeing on the lowest common denominators. In the end, the summit professed fair trade and a commitment to strengthening the instruments that it can use in instances in which that trade is hindered.

As before, the World Trade Organization (WTO) will act as referee. Free access to markets was also mentioned. That point was added with an eye to China, which is keen on protecting its companies from competition at home by foreign investors.

Donald Trump came out against multilateral trade agreements because he said they were "unfair" towards the USA. He is betting on bilateral agreements, such as one with the United Kingdom, which will be leaving the EU in two years' time.

Yet, unlike in many of the public statements that he has made thus far, Trump said he does not believe in protectionism. So that does indeed seem like a little victory for the G20. "We can achieve more when we act together than when we act alone," said Chancellor Merkel. That view was shared by all. 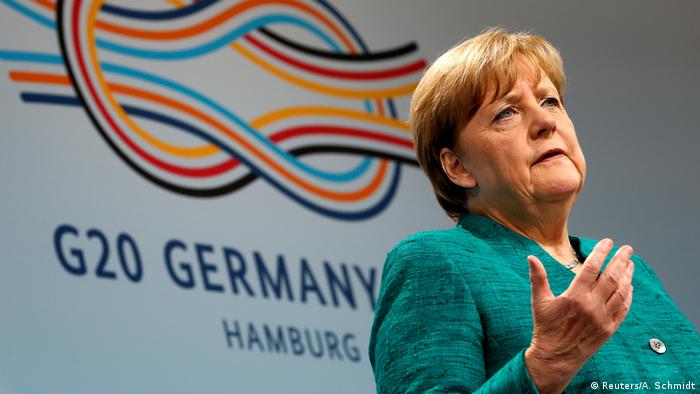 Chancellor Merkel was also successful in pushing through an idea that is very dear to her: The G20 agreed to pursue new investment agreements with Africa. The hope is that direct corporate investment will jump-start African economies.

G20 states also want to help African countries apply for and enable investments by providing them with start-up financing. It is hoped that new economic perspectives will keep people in Africa from migrating to Europe. Thus, the "Compact with Africa" has become part of the EU's anti-immigration strategy.

There is, nevertheless, much room for improvement. Currently, German investment in Africa makes up only about 1 percent of total German foreign business investment. Chinese state owned entities (SOEs) lead the world on direct foreign investment in Africa and do not waste much time worrying about issues of good governance on the continent.

G20 states agreed to do more to fight epidemics and to focus more on supporting women. The "world government's" resolutions declared that women and education were the key to prosperity and development.

A number of civic groups also attended the summit, and many voiced criticism of the decisions made there. "It is becoming ever more apparent that the G20 is not a homogenous group, and that the interests of different countries are drifting farther apart," said Jörn Kalinski of Oxfam, an organization for development aid based in Oxford, England.

"We came to Hamburg with the demand that 'social inequality' was put on the agenda. That did not happen. But that inequality is destroying social cohesion. People who feel left behind get frustrated and run into the arms of right-wing populists. And that is a threat to democracy," Kalinski told DW.

US President Donald Trump let his daughter Ivanka sit in for him at a meeting on the second day of the summit. Certainly a new style. "That lies within the realm of possibility," said G20 President Angela Merkel with a straight face.

Next year, Argentina will host the G20 summit.

To prevent disaster, global warming must be limited to a maximum of 2 degrees Celsius, climate experts say. Effects of climate change are plain to see - and they could be a taste of what's to come. (24.11.2015)

G20 summit wraps up in Hamburg