The high flyer - These ducks cross the Himalayas

They fly at altitudes, eight times higher than the tallest building in the world. Ruddy shelducks are duck-like birds that boldly fly where no duck has flown before. 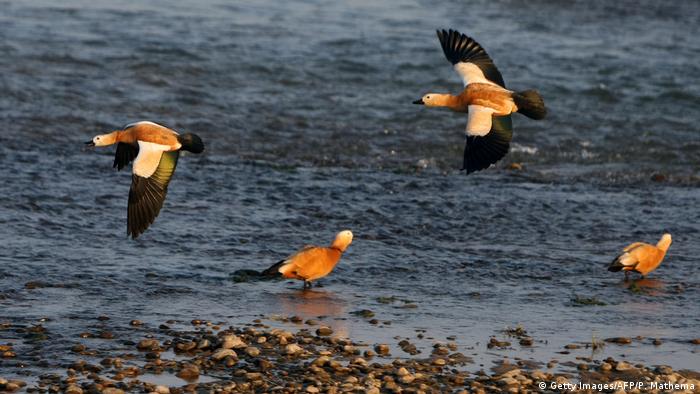 Stricktly speaking, ruddy shelducks aren't really ducks but duck-like waterfowls. They share characteristics of both ducks and geese. That means, they live on the water's edge and tip over in the water like ducks do, yet they also feed on grass like geese. They look very similar to ducks, but are slightly larger and have longer legs.

In their role as ducks, they have done incredible things. Or maybe they have always done them except that science didn't take notice until now. However, with the help of satellite tracking a team from the University of Exeter has determined that ruddy shelducks fly as high as 6,800 meters (about 22,000 feet), allowing them to fly across some of the highest mountains in the world in the Himalayas. 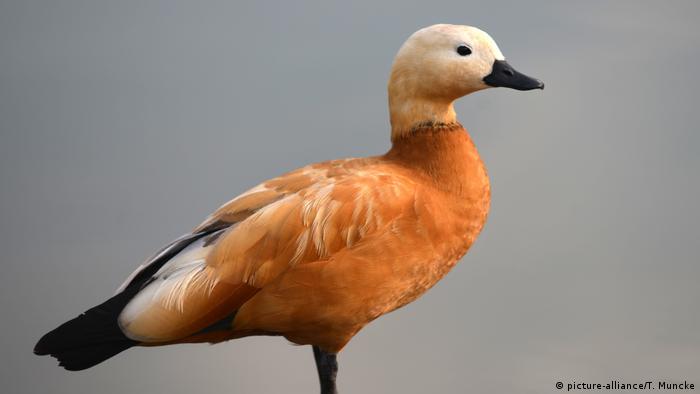 They don't fly over the peaks of the highest mountains of the massif (then again, why would they), but still they flap their wings at elevations eight times higher than the world's tallest building, the Burj Khalifa (830 meters). The high jumping world record in humans is, by the way, at laughable 2.45 meters.


Special in many ways

Not only is their maximum cruising altitude remarkable. The animals, which originate in Asia, have quite a bit of experience with the thin mountain air as they breed on plateaus that are as high as 5000 meters.

Another unusual trait that distinguishes them from their relatives is that the birds like to lay their eggs in caves. Some of them use rock caves, or move into abandoned foxholes to raise their young.

The courtship is also an event in itself. The males try to impress their chosen ones by nosediving through the air while emitting a variety of noisy screams. The most characteristic sound they make, however, a nasal trumpet tone. If a Ruddy shelduck has chosen a partner, it's a relationship that's meant to last as the birds are monogamous.