Germany's statistics agency says there's been no increase in population for the first time in a decade, with more deaths and lower immigration. 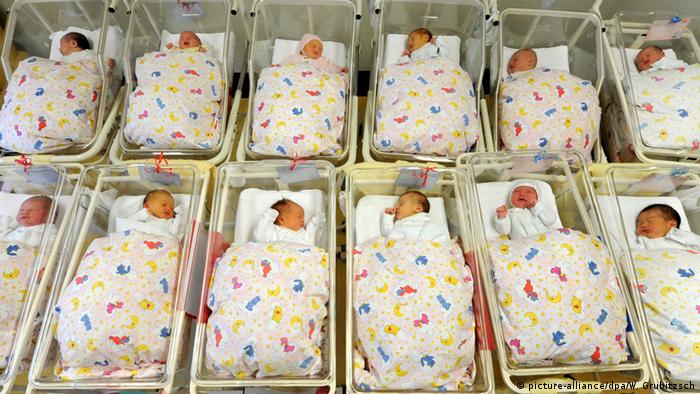 Initial figures released by Germany's Federal Statistical Office (Destatis) on Tuesday showed that the country had seen no increase in population for the first time since 2011.

The extrapolated numbers showed 83.2 million people were living in Germany at the end of 2020. Destatis attributed the population plateau to lower immigration because of the COVID-19 pandemic, and an increase in the number of deaths.

In the three decades since German reunification, the population has — with only a few exceptions — tended to increase. However, this population growth has resulted exclusively from positive net immigration. Without more people immigrating than emigrating, the population would have been shrinking since 1972 with more deaths than births in every year since then. Germany's birth or fertility rates have been well below global and even European averages ever since the Second World War.

The number of births looks to have fallen slightly in 2020 compared with the previous year, according to the preliminary figures, while the number of deaths appears to have risen noticeably. The estimate for 2020 is 755,000 to 775,000 births compared with at least 980,000 deaths.

Destatis estimated net migration into Germany of between 180,000 and 240,000 for the year. That would be the fifth successive year in which the number sank following the peak during the migration crisis of 2015.

Travel restrictions caused by the coronavirus pandemic in 2020, and economic consequences, are believed to have had a curbing effect on migration.

By September 2020 alone, the number of immigrants fell by 25% and emigrants by 22% compared to the same period in 2019. The fall is thought to have been even more pronounced toward the end of the year, with overall migration for 2020 predicted to be between 25% and 45% lower than in 2019.