Germany, others would not recognize Israeli annexation

Germany has issued a joint statement with France, Egypt and Jordan saying they would not recognize a unilateral Israeli annexation of Palestinian territory, also warning it would have "consequences" for relations. 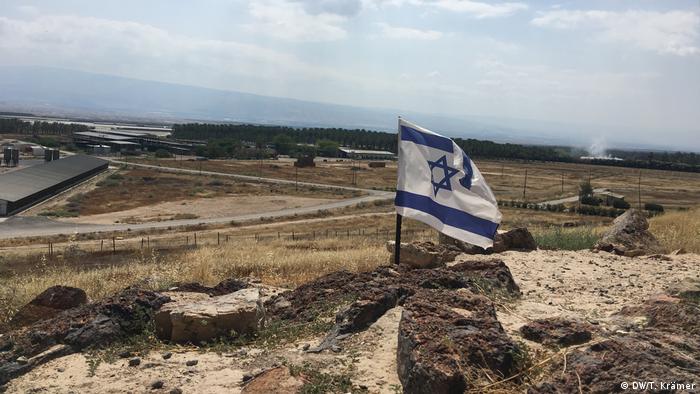 The foreign ministers of Germany, France, Egypt and Jordan warned Israel against annexing Palestinian territory in the West Bank following a video conference Tuesday focused on restarting talks between Israelis and Palestinians.

In a joint statement distributed by Germany's Foreign Ministry, the ministers said: "We concur that any annexation of Palestinian territories occupied in 1967 would be a violation of international law and imperil the foundations of the peace process."

"We would not recognize any changes to the 1967 borders that are not agreed by both parties in the conflict. It could also have consequences for the relationship with Israel."

Settlement policy is one of the most contentious issues in the decades-old Israeli-Palestinian conflict. Most of the international community views Israeli settlements in the occupied Palestinian territories as illegal — a view that Israel disputes.

A peace plan proposed in January by the administration of US President Donald Trump was criticized by the EU as "departing from" international agreements on the conflict.

Under Trump's plan, Palestinians would lose control of areas currently under Israeli occupation or controlled by settlers though annexation — even though the Palestinians are entitled to these lands by international law.

Read more:  The 1967 Six-Day War and its difficult legacy

EU in a diplomatic tangle

However, the lack of a consensus on a response by EU member states keeps the bloc from specifying what any such challenge would entail.

Read more:  German-Israeli relations: What you need to know

Germany, for example, has ruled out economic sanctions in response to annexation and is in a tough spot diplomatically due to its "historic responsibility" for Israel's security.

On Monday, Israeli Prime Minister Benjamin Netanyahu said he told his British counterpart Boris Johnson on Monday that he was committed to implementing Trump's plan.

"Israel is prepared to conduct negotiations on the basis of President Trump's peace plan, which is both creative and realistic, and will not return to the failed formulas of the past," Netanyahu's statement said.

Economy Minister Robert Habeck has embarked on a four-day tour of Israel, the Palestinian territories and Jordan. His primary focus will be on finding alternatives to Russian energy supplies.