US President Donald Trump’s peace plan has been slammed as unrealistic in several quarters. Many Palestinians feel that it ignores them and their hopes for an independent state, as Tania Krämer reports from Jerusalem. 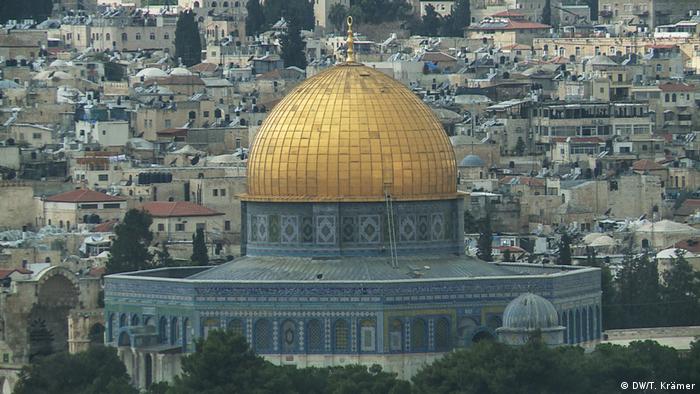 Salah Eddin Street in East Jerusalem, just outside the old city, is as busy as any weekend. The so-called "deal of the century” presented by US President Donald Trump earlier this week is the topic of discussion, anger and bewilderment for many Palestinians here. Above all, the idea that the Jerusalem suburb of Abu Dis, cloaked in the shadow of Israel's massive security barrier, is being considered as the Palestinian capital, has been the object of derision.

"There is nothing new in it, is there? We've heard it all before," says Firas Khalaf, as he sips his coffee while sitting in a small bookshop cafe. There was talk of making the suburb the capital back in the 1990s, construction even began on a parliament building, though it was never completed. The idea of putting Abu Dis on par with Jerusalem is simply unfathomable for most Palestinians.

Over the past three years, the Trump administration's Middle East policies have been consistently pro-Israeli, and this latest proposal is also largely based on Israeli positions — so expectations were low from the start.

When Trump officially recognized Jerusalem as the capital of Israel in 2017 — overturning decades of US policy — the Palestinian leadership in Ramallah broke off diplomatic relations with Washington. Palestinians have insisted that the capital of their future independent state will be East Jerusalem. Although the US plan does indeed envision a "demilitarized" Palestinian state, its creation is contingent upon the fulfillment of several conditions, all of which are to be under Israeli control. 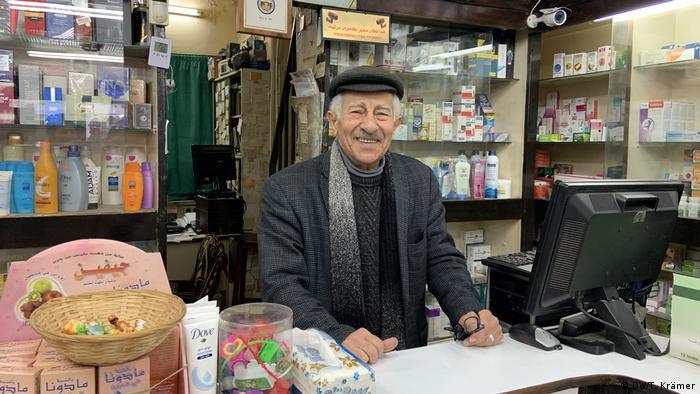 Many plans, but no state

"The Israelis are only hurting themselves with it," says Ismail Kadourah, who has run his pharmacy on Salah Eddin Street since 1966. Kadourah says that in the end, things are advancing toward a one-state solution with different rights for different citizens. He has seen a number of so-called peace plans come and go, but none of them have brought peace, nor have they provided Palestinians with a country of their own.

"The best would be if the Palestinian National Authority disbanded and the PLO went into exile. We can fight for our rights on our own, nonviolently, through civil disobedience," says Kadourah, who tells me he is "around 80." The Palestinian Authority was created in 1994, as a result of negotiations linked to the Oslo Accords, and, like the pharmacist, many Palestinians think it would be appropriate to disband it — especially because the Israeli military occupation has robbed it of all autonomy.

"We have had to live with all kinds of plans. We are always busy with them. But in the end, they never lead to anything," says Nadine Alami, a customer from East Jerusalem. She lived through the First Intifada — the 1989 Palestinian uprising — and the years that followed the Oslo peace process. She says people today are exhausted as they have no hope that things will ever change. "They just don't believe in anything anymore. And the only thing we want from life is to be able to live our lives and take care of our families."

The loudest cheers for Trump's plan came from those on the right of the Israeli political spectrum. "It's time to have sovereignty over our historic homeland," wrote Boaz Bismuth, editor-in-chief of Israel HaYom, the rightwing Likud party's free daily newspaper. Bismuth argued that the plan would not bring peace with the Palestinians, but it would allow Israel to continue building in Judea and Samaria — the biblical names that conservative Jews use to refer to the West Bank —  as well as in Tel Aviv. That said, enthusiasm among those on the right was dampened by the fact that the plan ultimately leaves room for the creation of a Palestinian state – something strictly opposed by many conservative Israelis.

US President Donald Trump is extremely popular in Israel, but whether his plan is realistic and whether it will bring peace remains to be seen. "It takes two to tango," says Chaim Levi, a passerby on Jaffa Street in West Jerusalem. "Even if we approve the plan, the Palestinians never will. It's a total waste of time," he says. In an open letter to the UK's Independent newspaper, several prominent Israeli politicians warned of endorsing a Bantustan plan — referring to an element of South Africa's apartheid system that set aside lands for different ethnic groups — noting that it would only create an unstable political system and never bring peace. 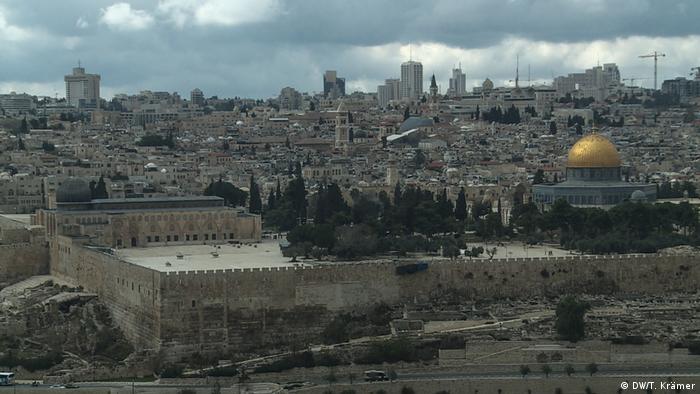 Israeli media outlets also discussed the timing of Trump's announcement, just a month before Israel's parliamentary elections on March 2. "The plan was Netanyahu's modest contribution to Trump's re-election campaign. And the timing of its announcement was Trump's more immodest contribution to Netanyahu's," as Israeli journalist Nahum Barnea wrote in the Yedioth Ahronoth newspaper.

An early poll, taken by Israeli public broadcaster KAN shortly after the plan was announced, registered no noticeable change in voters' opinions. The poll found that Benny Gantz and his Blue and White political alliance continued to hold a one-seat lead (34 seats) in Israel's parliament, the Knesset, over Benjamin Netanyahu, now formally under investigation for corruption, and his Likud party (33 seats). That means Netanyahu would continue to have difficulty putting together a governing coalition of rightwing partners.

Much will also depend on what steps Netanyahu can undertake in the run-up to the election. While in Washington, he promised the Israeli Cabinet would vote this Sunday on the annexation of the Jordan Valley. But that has now been postponed due to US concerns over the timetable. In a recent interview, Trump's son-in-law Jared Kushner, one of the architects of the plan, said he hoped Israel would wait until after the election before annexing any lands. Kushner said a bilateral working group would have to look at all of the details of such a move, explaining that the process "will take time."

For many Palestinians, Trump's Middle East plan has only served to reinforce the feeling that they are the only ones interested in an independent Palestinian state. Palestinian President Mahmoud Abbas will travel to meet with members of the Arab League in Cairo, Egypt, this weekend in an attempt to gain support, but so far, reactions from Arab states have been just as muted as those emanating from Europe.

"We're here," says pharmacist Ismail Kadourah. He tells me, "at his age" he won't likely see peace and an independent state, adding that his children likely won't either, "That is hard to accept, but we have to persevere."

British Foreign Secretary Balfour endorsed creating a Jewish homeland in Palestine in 1917. It was a time shaped by ideas and empires long since gone. Yet a century later, arguing about Balfour is again in vogue. (02.11.2017)

The contract marks first such deal between the countries since they signed a peace pact in 1979. The historic partnership is set to last for 15 years. (15.01.2020)