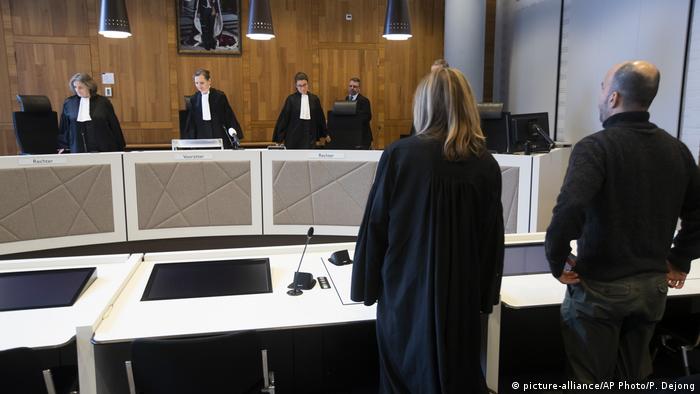 A Dutch court on Wednesday ruled that it did not have the jurisdiction to hear a case for damages filed against former Israeli army commanders.

The Hague District Court ruled that the proceedings could not go ahead because it did not have the jurisdiction to hear the case. Presiding judge Larisa Alwin said the commanders, who include the high profile army chief turned politician Benny Gantz, had "functional immunity from prosecution."

"A Dutch judge is not competent to rule on the case of the claimant," said Alwin, who explained that universal jurisdiction — where a judge can rule on matters regardless of where they were committed — could be applied in a criminal case but not a civil one.

Alwin further ruled in favor of the defense argument that the men enjoyed immunity in civil cases because they had been carrying out official government duties.

The case was brought by a Dutch Palestinian man, Ismail Zeyada, who lost six members of his family in a 2014 Israeli airstrike on their Gaza home. Along with Gantz, Zeyada was also demanding damages from former air force commander Amir Eshel.

Zeyada had argued that he could not hold Israeli military leaders to account in Israeli courts. He had wanted compensation of €600,000 ($660,000) for the deaths of his mother, three brothers, sister-in-law, and nephew — who were killed when the family's home in the al-Bureij refugee camp was bombed by forces operating under Gantz's command.

Gantz is Prime Minister Benjamin Netanyahu's main rival in an election in Israel on March 2. The vote will be Israel’s third in less than a year after inconclusive ballots in April and September.

Some 2,200 Palestinians are estimated to have been killed in Israel's 2014 war against militants in Palestinian-run Gaza, up to 1,500 of whom were Palestinian civilians.

The deal makes more concessions to Palestinians than anticipated but asks that they accept West Bank settlements. Palestinian leaders have already vowed to reject the plan. (28.01.2020)