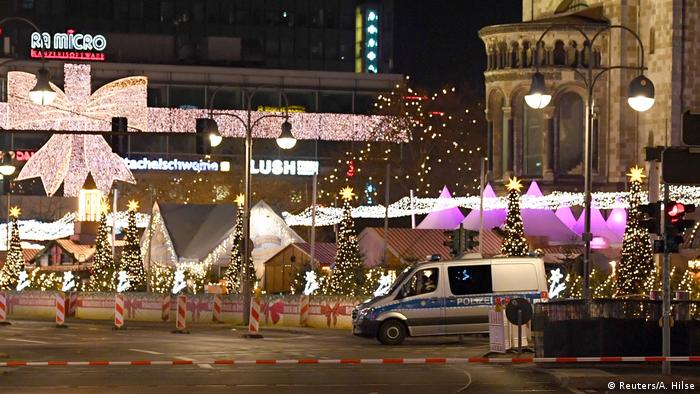 The head of the organization's recently formed department for "Islamist-motivated terrorism / extremism," Sven Kurenbach, told the newspaper that the death of IS leader Abu Bakr al-Baghdadi in October may provoke more attacks. Kurenbach said: "After the death of the IS leader, there was an increasing call for terror in the West in radical Islamist circles."

The nature of the onslaughts is changing too, as Kurenbach explained: "The trend is towards attacks with simple means. Firearms have recently played less of a role in attack planning in this country."

The establishment of the new BKA department was one of the more decisive reactions to the attack on the Berlin Christmas market three years ago, in which 12 people died and 55 were injured.

At the end of October, BKA President Holger Münch said that seven Islamist-motivated attacks had been prevented since 2016. Three weeks later, on November 12, 170 officers raided three apartments in Offenbach, which borders Frankfurt, and arrested a 24-year-old German who was accused of preparing a serious crime that threatened the state.

A week later, a 26-year-old Syrian was arrested in Berlin on suspicion of the same crime. His home was searched as a result.

In the Offenbach case, the investigation is still ongoing, as a spokeswoman for the public prosecutor's office in Frankfurt was reported by Welt am Sonntag as saying. "The 24-year-old suspect is still in custody," she said. "The allegations against him are the subject of an ongoing investigation." It is not yet clear whether any charges will be brought.

Meanwhile, German Interior Minister Horst Seehofer told the same newspaper that these foiled terrorist attempts were yet more evidence of a functioning security force. "Our security authorities do an excellent job, 24 hours a day, seven days a week," he said.

Seehofer is seeking further assistance from internet organizations in their efforts to keep citizens safe. "We have strengthened the security agencies continuously in recent years. Now we have to give them the necessary powers to discover terrorists online."

On Saturday, the Christmas market at Breitscheidplatz, the same location as the 2016 terrorist attack, was temporarily evacuated after German police received information about suspicious objects.

Visitors were said to have left "calmly and considerately," according to authorities. A few hours later, the all-clear was given and two men who had initially been detained as part of the inquiries were released.