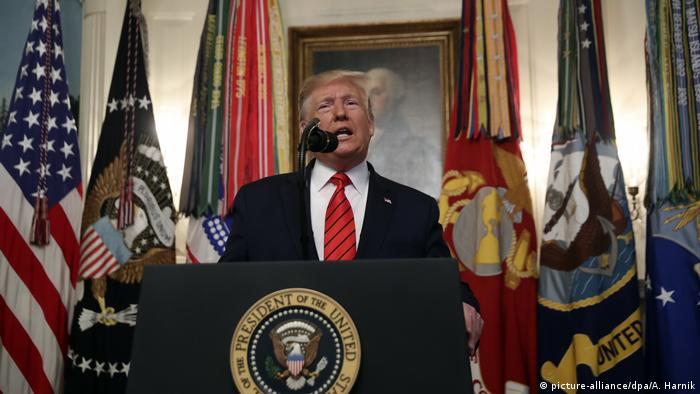 US President Donald Trump on Sunday announced that US special forces had killed "Islamic State" (IS) leader Abu Bakr al-Baghdadi in northern Syria.

"He reached the end of the tunnel as our dogs chased him down," Trump added. Al-Baghdadi detonated a vest laden with explosives when he was cornered in a tunnel. The explosion killed three of his children.

US special forces were able to identify al-Baghdadi 15 minutes after he was killed by conducting a DNA test on-site. The DNA test was crucial given that al-Baghdadi had been declared dead numerous times.

There were no US casualties during the operation. 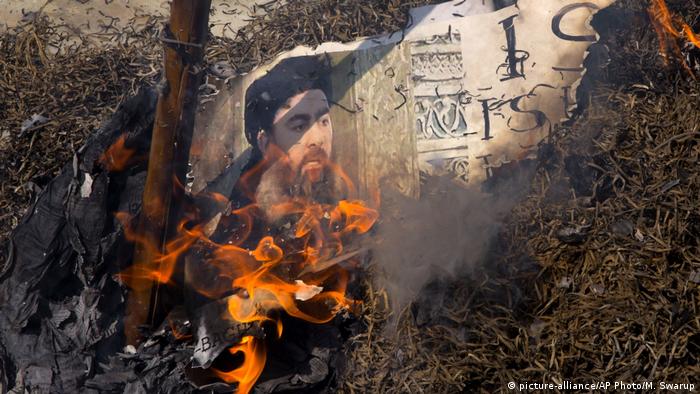 US soldiers were able to capture critical material about the organization, including information about its origins and future plans, according to Trump.

Trump said US intelligence knew about his whereabouts for "a couple of weeks."

"He spent his last moments in utter fear, in panic and dread, terrified of American forces coming down on him," Trump said. "He was a sick and depraved man, and now he is gone."

Al-Baghdadi rose to notoriety when he announced the creation of a so-called caliphate in Syrian and Iraqi territories captured by his terror group in 2014.

British Prime Minister Boris Johnson described al-Baghdadi's death as a pivotal moment, but he warned that it did not mark the end of IS.

"The death of Baghdadi is an important moment in our fight against terror but the battle against the evil of Daesh is not yet over," Johnson said. "We will work with our coalition partners to bring an end to the murderous, barbaric activities of Daesh once and for all."

French Defense Minister Florence Parly echoed that sentiment, saying: "We continue the fight against the Islamic State with our partners, and will adapt to new regional circumstances."

Meanwhile, US allies challenged each other's role in the killing of al-Baghdadi. The general commander of the Kurdish-led Syrian Democratic Forces, which spearheaded the fight against IS with US backing, claimed to have played an integral part in the intelligence operation leading to al-Baghdadi's killing.

But Iraqi authorities contested that claim, saying they had located al-Baghdadi and provided the intelligence to the US.

Trump thanked Russia, Turkey, Syria, Iraq and Syrian Kurds for their contributions to the operation's success. However, Russia's Defense Ministry said it did not have any information on the operation targeting al-Baghdadi.

IS has lost most of the territory it captured following several offensives from regional and international actors. Iraq formally declared victory over the group two years ago after liberating Mosul, once considered IS' de facto capital in the country.

During the press conference, Trump took aim at European allies, saying he is not satisfied with their efforts in the fight against IS.

"European nations have been an incredible disappointment," Trump said, referring to some EU member states' refusal to repatriate foreign fighters. "If you don't take them back, then I'll drop them on your border and you can have fun capturing them."

Asked whether he would reconsider withdrawing US troops from Syria, Trump said he would not.

Chatter from US officials indicates a special operation targeted IS leader Abu Bakr al-Baghdadi in Syria. Neither the operation, nor its outcome, have been officially confirmed. (27.10.2019)