He was one of the world's most wanted men and news of Abu Bakr al-Baghdadi's death has been welcomed by a host of global leaders. But fears of revenge attacks have led several countries to issue security alerts. 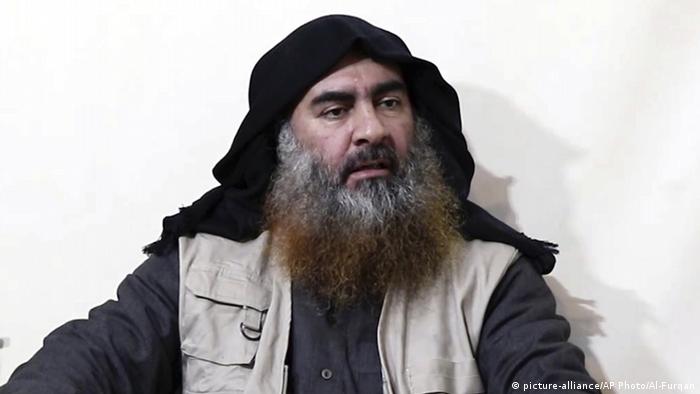 Philippine security forces on Monday greeted news of the death of "Islamic State" leader Abu Bakr al-Baghdadi as a "severe blow on terrorist organizations around the globe." However, a spokesperson stressed the military was on high alert against retaliatory attacks.

"We expect that his death will impact negatively on the leadership of terrorists in various parts of the world," military spokesman Brigadier General Edgard Arevalo said in a statement. "Our troops in the front lines remain on high alert to thwart possible attempts to ride on this development," he added.

In 2017, Philippine troops fought against hundreds of Islamic State-allied fighters who laid siege to Marawi City for five months, killing more than 1,200, including civilians, and leaving the municipality in ruins.

The siege on Marawi City prompted President Rodrigo Duterte to declare martial law in Mindanao, which is still in effect until the end of the year.

"... The possible intensification of jihadist propaganda following this death, which could possibly call for acts of vengeance, requires the most extreme vigilance, notable during public events in your departments in coming days," Castaner said.

French President Emmanuel Macron said al-Baghdadi's death was a setback for the extremist organization, but not its end. Macron stressed that "the fight continues with our partners in the international coalition so that the terrorist organization is definitely defeated."

Al-Baghdadi's death is going to weaken IS, said Guido Steinberg, an expert on the Middle East at the German Institute for International and Security Affairs (SWP). He pointed out that al-Baghdadi took over an organization with less than 1,000 fighters and turned it into a quasi-state spanning across Iraq and Syria.

"They will have trouble finding someone who is as ruthless, well-organized and ideologically motivated as al-Baghdadi," Steinberg told DW.

US President Donald Trump announced on Sunday that the leader of the "Islamic State" terror outfit killed himself by detonating a suicide vest during a raid by US special forces in northwestern Syria.

In a televised address from the White House, Trump hailed the death of Abu Bakr al-Baghdadi as a major blow to the jihadist group.

After the US announcement, the German government said its thoughts are with the many victims of IS atrocities.

Government spokesman Steffen Seibert cited the "murdered and enslaved Yazidis," local people in areas where IS had taken control as well as foreign hostages, and those who were killed in IS attacks in Europe and elsewhere.

He told reporters on Monday that al-Baghdadi "can't issue such murderous orders anymore now," but added that "this doesn't mean that the fight against IS is over."

In a statement, Saudi Arabia said it "appreciates the great efforts of the American administration in pursuing members of this dangerous terrorist organization that has distorted the true image of Islam and Muslims around the world and committed atrocities and crimes that are against basic human values in many countries, including the Kingdom."

Jordanian Foreign Minister Ayman al-Safadi described al-Baghdadi's death as a significant step in the two countries' "joint, continuing war against terrorists and their ideology of hate."

Egypt's Foreign Ministry spokesman, Ahmed Hafez, said it was an important step in the efforts to combat terrorism.

Russian President Vladimir Putin's spokesperson, Dmitry Peskov, said the Kremlin will regard the death of al-Baghdadi as a welcome development if it is confirmed that he was killed. His comments echoed a Defense Ministry statement a day earlier expressing doubts about the veracity of Trump's claim.