German terrorism expert: ′Worst fears have come true′ in Berlin | Germany | News and in-depth reporting from Berlin and beyond | DW | 20.12.2016

Terrorism expert Rolf Tophoven talks to DW about the Christmas market attack in Berlin, why it was impossible to prevent and how citizens and politicians should react now. 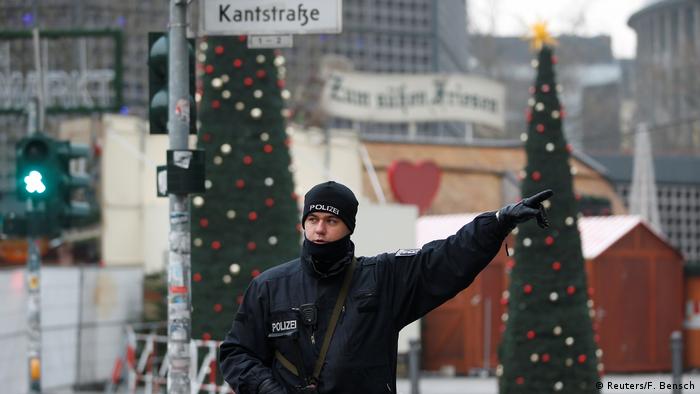 Deutsche Welle: Mr. Tophoven, wasn't it only a matter of time before an attack like this one happened in Germany?

Rolf Tophoven: German authorities have known that an attack of this dimension, including the number of dead and injured people, could happen here for a long time. Especially since the attacks of Brussels and Paris it's been clear that Germany isn't just an abstract terrorism target. Security authorities' worst fears have now come true.

Could this attack have been prevented?

No. If a radicalized fanatic decides to use a truck as a weapon, you don't stand a chance, unless you know about him and his plans in advance and arrest him before he can act. It's impossible to check all vehicles in the EU or to seal off all Christmas markets to protect them from any danger. You'd have to close them for that. An attack like this one cannot be prevented with 100 percent certainty.

The alleged perpetrator is said to be from Pakistan and to have come to Germany as a refugee via the Balkan route. He allegedly lived in a refugee home and used several identities. Wasn't this exactly what authorities wanted to prevent in the wake of several attempted and successful attacks?

The problem was that the number of refugees entering Germany every day was so large in the beginning that not everyone could be thoroughly vetted. It is, however, extremely important to distinguish between the many who fled their war-torn countries fearing for their lives and those who were smuggled in via refugee routes by militant terrorist organizations like "Islamic State" ("IS"). 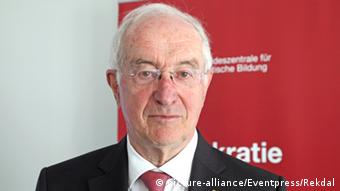 We don't know the motives of the perpetrator of the Berlin attack yet. It could have been general hatred directed at German society or a direct marching order from IS. But the mode of operation was very similar to the terrorist attack in Nice, France, where a truck was used to kill many people on France's national holiday last summer. And in September 2014, the now dead propaganda chief of IS called on his followers to use all available means to kill infidels, including knives, cars and trucks. So there is plenty of guidance from within the terrorist scene for this kind of attack.

Do our authorities not know which of the thousands of migrants and refugees entering Germany have a history of radicalization?

The authorities are aware of a lot, but with the number of people coming in, it's simply impossible to ensure a thorough enough vetting process for every single one of them. Plus, the radicalization process often doesn't begin until they are in Europe. Many people came here not only for safety but also in the hopes of starting new lives with a secure income. If society doesn't fulfill these expectations, there's the danger that some of these disappointed people could drift toward radicalization and a fanaticized frustration.

Political discussions after such an incident seem to veer between exaggeration and not doing anything at all. What can we realistically expect from the authorities and how can we as citizens react?

It's obvious that the terrorists reached their goal of spreading fear and panic among many people. While caution is called for wherever large crowds are gathering, it is important for everyone to maintain a kind of confident calmness. Any other reaction would just play into the terrorists' hands.

Demanding new laws and restrictions in a hectic knee-jerk reaction is definitely not called for. The state cannot guarantee 100 percent security. German Interior Minister Thomas de Maiziere already said after the attacks of Ansbach and Würzburg last summer that a free and open society has to get used to dealing with extreme situations. We have to get used to these kinds of tragedies if we want to maintain our openness as a society.

Rolf Tophoven is the director of the Institute for Crisis Prevention (IFUS) in Essen.

The German chancellor has said the deadly truck attack on a Berlin Christmas market was likely an act of terrorism. She has said those responsible for the attack will be punished "with the full strength of our law." (20.12.2016)

Condolences poured in via Twitter from around the world after a truck crashed into a Berlin Christmas market Monday night. Many were quick to condemn the incident as a terrorist attack. (20.12.2016)

At least 12 people have been killed and dozens injured after a truck rammed into a Berlin Christmas market. Authorities are investigating the incident as a possible terrorist attack. (20.12.2016)

'Berlin attack': an overview in pictures

Authorities are investigating an apparent truck attack on a Berlin Christmas market, which has left at least 12 people dead and dozens injured. Here's what we know so far. (20.12.2016)

On December 19, 2016, an Islamist extremist rammed a truck into the Breitscheidplatz Christmas market in Berlin. DW reporter Christina Küfner met a trader who barely survived the attack.