The Bundeswehr should be deployed proactively abroad, the defense minister said. She has pledged to bump defense spending to 2% of GDP by 2031, which could make Germany the third largest defense spender in the world. 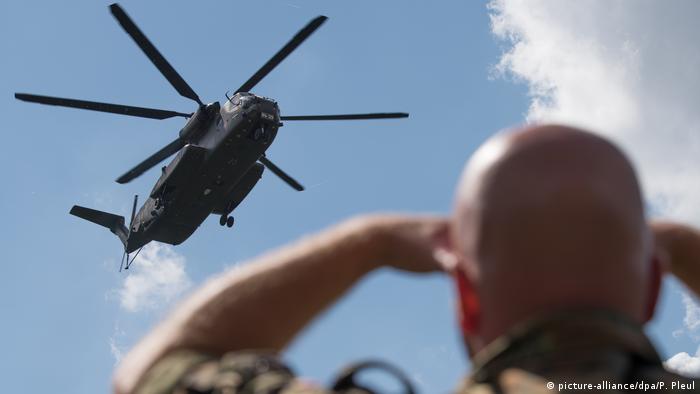 Germany greatly benefits from the rules-based global order and should do more to secure its success, German Defense Minister Annegret Kramp-Karrenbauer said in a speech delivered Thursday at the Bundeswehr University in Munich

Kramp-Karrenbauer noted that allies are increasingly asking for Berlin to play a proactive role in global security.

"A country of our size, with our economic and technological power, our geostrategic position and global interests, cannot just stand on the sidelines and watch," she said. "Germany must participate in international debates and drive them forward."

She pledged to boost defense spending to 2% of GDP, a NATO target, by 2031. While it would be well behind the 2024 goal, it could eventually make Germany the third largest defense spender in the world, behind the US and China. For now, Germany would try to reach 1.5% of GDP by 2024, she added.

The defense minister, who also serves as head of the Christian Democratic Union (CDU), said she plans to move forward with the formation of a national security council in recognition of Germany's strategic interests.

In an earlier interview with the Süddeutsche Zeitung, she urged Berlin to take an increasingly active role in military engagements abroad.

Germany must "openly deal with the fact that we, like every other country in the world, have our own strategic interests," Kramp-Karrenbauer told the Süddeutsche Zeitung. 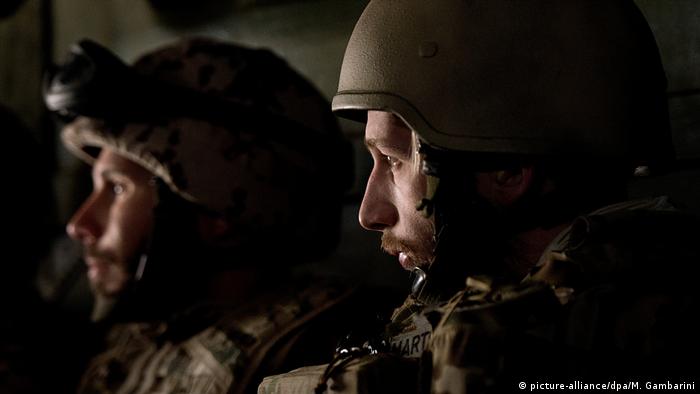 But her proposal was met with caution from other Cabinet members. Foreign Minister Heiko Maas said the idea of a more assertive German military required robust support from European allies.

"Above all, we must define our responsibility on a European basis," Maas told public broadcaster ZDF. "That means that we don't just take care of our own issues alone, but rather that we as part of Europe play a leading role in competition between superpowers."

Germany has often taken a back seat in foreign military engagements, largely because of constitutional restrictions put in place to prevent similar atrocities to those committed during World War II.

But Germany's allies, including the US, have urged the country to take on more responsibilities concerning collective security in NATO and the EU.

Washington has notably pushed for significant increases to defense spending, long considered a divisive move in the German public.

Kramp-Karrenbauer's comments came hours before US Secretary of State Mike Pompeo arrived in Germany for commemorations marking 30 years since the fall of the Berlin Wall.

As Russian troops are deployed to northern Syria, Germany has reasserted the need for an internationally run safe zone in the area. NATO is set to discuss the proposal at a high-level summit Thursday. (24.10.2019)

An internationally controlled zone inside northern Syria on its border with Turkey has been floated by Annegret Kramp-Karrenbauer. It follows Turkey's bid to drive out Kurdish fighters and resettle refugees. (21.10.2019)

US top diplomat Pompeo is in Germany to commemorate the fall of the Berlin Wall. He knows the country well, as he was stationed here during the Cold War. But how much longer will the US keep troops stationed in Germany? (06.11.2019)

The German army is undergoing a major shake-up following Russia’s invasion of Ukraine. From October, Germany's national defense forces will be placed under the command of one man. It's hoped the change will allow the army to respond faster to crises.

German Defense Minister Christine Lambrecht has said Germany must take on a leadership role militarily, whether it wants to or not. "Germany does not have to be afraid" of doing so, she said.