Travelers who arrive in Germany from high-risk COVID-19 countries could be required to submit to coronavirus testing at airports. Any formal decision has yet to be rubber-stamped. 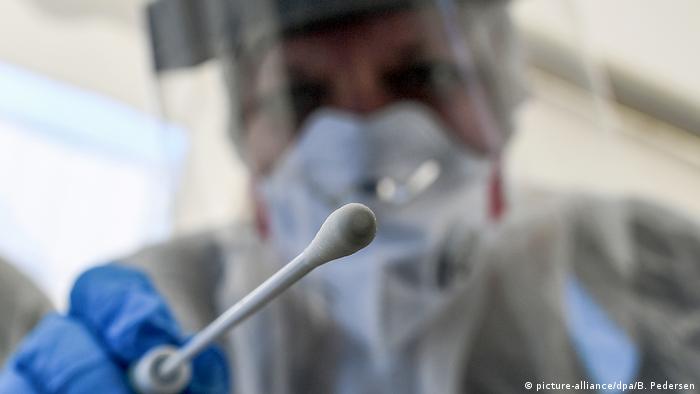 Anyone entering Germany from countries considered high-risk for coronavirus could face a mandatory coronavirus test when they arrive at airports, Germany's state health ministers have decided.

Health Minister Jens Spahn and counterparts from each of Germany's 16 states agreed on the measure in a conference call on Wednesday.

People entering Germany from countries deemed to be low-risk, such as France, Spain, and Greece, would not need to submit to testing under the new proposal. The measure has yet to be rubber-stamped, with further talks planned on Friday.

Read more:  Coronavirus: What you should know about tests

Germany's disease control agency the Robert Koch Institute currently deems the majority of foreign countries to be high risk. The rules would apply to German citizens returning from holiday, as well as foreigners.

Airports have expressed concern about the planned move and said authorities must carry out the testing, rather than their own staff.

"If health authorities order a quick test, of whatever kind, then it would have to be carried out by authorities," said a statement from the German Airports Association.

"It must also then be determined how to deal with passengers who have tested positive."

Until now, travelers coming from high-risk countries are required to self-quarantine for 14 days — a measure that has been difficult to enforce.

Bavarian state premier Markus Söder said on Sunday that authorities in Bavaria were working on installing test centers at Bavarian airports "where anyone can be tested for free any time."

Travel restrictions were eased as the pandemic appeared to wane in much of Europe, with many Germans having ventured back to popular holiday destinations.

Media reports of wild parties with little evidence of mask-wearing or social distancing on the Spanish island of Mallorca have raised anxieties among some politicians. The island is particularly popular among Germans.

Bavaria, the German state with the most coronavirus cases and deaths, plans to offer tests to all its residents. Germany's health minister has warned that the move shouldn't lead to a false sense of security. (28.06.2020)

The scheme was launched in the hope of reopening air travel and "support a return to a new normal." It could help travelers avoid quarantine at their destination. (29.06.2020)